Why Must God Hate the American Dream?

Why Must God Hate the American Dream? January 17, 2017 Artur Rosman

The American Dream is making a comeback. Trump channeled it with the Make America Great Again slogan. Then Clinton followed his lead by projecting the greatness we’ll lose if we elect Trump. Then there was the Obama nostalgia when everyone had the epiphany that all those years after 2008 were a utopia compared to what’s coming around the bend. Then yesterday most of us bumped up against MLK’s dream speech, which is a more biblically weighty argument about a botched promise to African-Americans.

But what can the Bible do for our country? Perhaps not much, because, as Barth’s The Word of God and the Word of Man would have it, the Bible itself is its own strange new country? 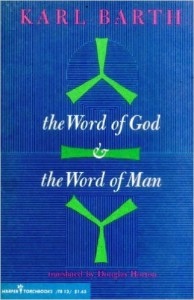 We are to attempt to find an answer to the question, What is there within the Bible? What sort of house is it to which the Bible is the door? What sort of country is spread before our eyes when we throw the Bible open?

It’s weird and un-American country. You’d notice at least this much if you’ve been following the Liturgy of Hours of late.

The American Dream is all about making material prosperity available to all. I freaked out when I read in Fabrice Hadjadj’s new book The Resurrection, that God not only hates money, but money is main rival. Then last week in the Hours I read this stark opposition:

Lead me down the path of your commandments,
for that is the path I desire.
Turn my heart towards your precepts…
and away from the pursuit of wealth.

Point to Hadjadj. I lose, as does America.

Furthermore, the Bible dumbly doesn’t appreciate the invaluable role played by wealth producers in the creation of the American Dream: 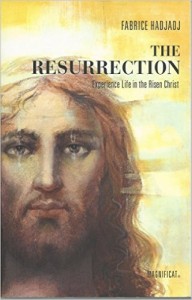 The rich are hungry and in want,
but for those who seek the Lord
there is no lack of good things.

Michael Novak once compared capitalism, the driving engine of the American Dream, to Isaiah’s Suffering Servant. It looks like he was wrong. [Nonetheless, I seem to have read that Novak, the theologian of American capitalism, needs your prayers because of severe health problems. Lend the man your praying hands].

It is part of the American Dream to do as you damn well please, because you know best, and not be bothered. Privacy is important for this, but the Bible doesn’t care:

The heart is more devious than any other thing, perverse too: who can pierce its secrets? I, the Lord, search to the heart, I probe the loins, to give each man what his conduct and his actions deserve.

Those leaves seem to leave us exposed like the Second Adam anyway, don’t the they?

So maybe at least God could leave our kids alone to happily flourish?

Come, children, listen to me:
I shall teach you the fear of the Lord.

Oh my, that’s something they surely won’t be learning even in private Catholic schools!

Is there anything more un-American than terrorism? Then why does the God of the Bible look so much like a . . . ? 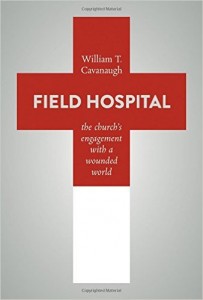 You bring terror and no-one will stand up to you
when your anger is roused.
…From the heavens you have made your judgement known:
the earth trembled and lay still
when God rose up to give judgement
to save all the humble of the world.
For the rage of man will proclaim your greatness
and the remnants of that rage will make a festival for you.
Make vows to the Lord and fulfil them.
Let all around bring gifts to the God of Terror,
to him who takes away the breath of princes
and brings terror to the kings of the earth.

Well, that’s disappointing from an American standpoint. God is not so much on the side of the terrorists, as much as God is a terrorist against the rich and prosperous like ourselves.

Choose wisely as you prepare to cross the Styx.

As you do so remember there’s no denying that God hates the American Dream. And these passages above are only the tip of the iceberg. If you want to read more along these lines you might take a look at William T. Cavanaugh’s Field Hospital: The Church’s Engagement with a Wounded World.

I would like to note that I’m not singling out the American Dream here, because God seems to generally hate flags.

For those of you feeling rejected:

If you’re feeling apocalyptic disappointment after reading these passage from the Bible, then you might want to take a look at, The Jonah Paradox: Is Humanity Living on Borrowed Time? 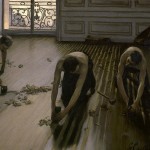 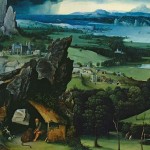 January 18, 2017 Have You Tried Shutting Up?
Recent Comments
0 | Leave a Comment
"Wait a minute, what am I missing? The host must contain some gluten, lest it ..."
RPlavo . The Surprising Anti-Capitalist Logic Behind the ..."
"Gluten intolerance is completely -- and I mean completely -- different from celiac disease. Many ..."
Bobby Lawndale The Surprising Anti-Capitalist Logic Behind the ..."
"Read Bruno's comment: #2 below your ranting comment."
Adrienne Szatkowski Michael Voris’s Stunning and Admirable Broken-Hearted ..."
"Science needs "a confession of sins and an articulate profession of faith"? Seriously?Certainly, individual scientists ..."
Elzbieta 2 Reasons Why the March for ..."
Browse Our Archives
get the latest from
Cosmos The In Lost
Sign up for our newsletter
POPULAR AT PATHEOS Catholic
1

Cancel Culture? Or Actions and Consequences?
On the Catholic Beat
Related posts from Cosmos The In Lost