What is the History of the Coptic Christian Victims of the Egyptian Terrorist Bombings?

What is the History of the Coptic Christian Victims of the Egyptian Terrorist Bombings? April 9, 2017 Artur Rosman

Constantine’s influence upon Christianity is also not as monolithic as we are frequently told. After all, there were plenty of other Christianities before Constantine. They still survive.

The Egyptian Copts are one of these groups. We frequently hear about Coptic Christians only around Easter time when Islamist extremists frequently bomb their churches. This is unfortunately the case again this year. 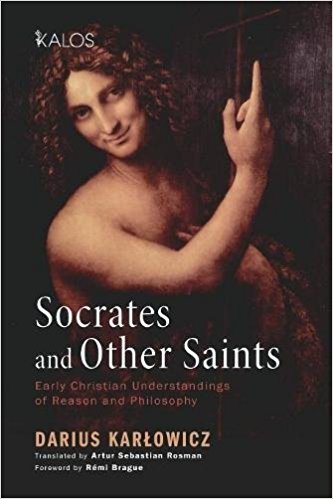 Suicide bombers attacked two Coptic churches in Egypt on Palm Sunday, killing at least 40 worshipers and police officers stationed outside, in the deadliest day of violence against Christians in the country in decades.

The Islamic State group claimed responsibility for both attacks in a statement via its Aamaq news agency, having recently signaled its intention to escalate a campaign of violence against Egyptian Christians.

The first explosion occurred about 9:30 at St. George’s Church in the Nile Delta city of Tanta, 50 miles north of Cairo, during a Palm Sunday Mass. Security officials and a witness said that a suicide bomber had barged past security measures and detonated his explosives in the front pews, near the altar.

At least 27 people were killed and 71 others injured, officials said.

Hours later, a second explosion occurred at the gates of St. Mark’s Cathedral in the coastal city of Alexandria. That blast killed 13 people and wounded 21 others, the Health Ministry said.

But who are the Coptic Christians exactly? There is obviously much more to them than being periodic blips on Western media’s radar.

April 14, 2017 It's a Good Friday to Leave Calypso's Island
Recent Comments
0 | Leave a Comment
"Wait a minute, what am I missing? The host must contain some gluten, lest it ..."
RPlavo . The Surprising Anti-Capitalist Logic Behind the ..."
"Gluten intolerance is completely -- and I mean completely -- different from celiac disease. Many ..."
Bobby Lawndale The Surprising Anti-Capitalist Logic Behind the ..."
"Read Bruno's comment: #2 below your ranting comment."
Adrienne Szatkowski Michael Voris’s Stunning and Admirable Broken-Hearted ..."
"Science needs "a confession of sins and an articulate profession of faith"? Seriously?Certainly, individual scientists ..."
Elzbieta 2 Reasons Why the March for ..."
Browse Our Archives
get the latest from
Cosmos The In Lost
Sign up for our newsletter
POPULAR AT PATHEOS Catholic
1