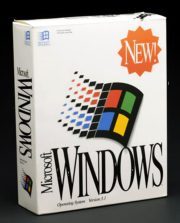 I remember, years ago, being startled by the idea that “Jewish” could be an ambiguous term. It might mean an ethnic identity, or a cultural one, or a religious one. In other words, someone could be a Jewish atheist, identifying with Judaism culturally but not religiously. Indeed, Israeli Jews are predominantly secular.

Christian belief within America has changed continuously, going through Great Awakenings and spawning new flavors of Christianity such as Mormonism, Jehovah’s Witnesses, the Seventh-Day Adventist church, and the Christian Science church. At the turn of the early twentieth century, during the Golden Age of Freethought and decades after Darwin’s The Origin of Species, observers saw Christianity on the wane. But Christianity rebounded, with Pentecostal and other new charismatic churches. Today, Christianity continues to change, lately becoming more polarized within America while Europe becomes more secular.

Since Christianity will continue to evolve, might it follow the example of Judaism, creating secular Christianity as a viable position?

Consider what this might be like. A secular Christian—I could be a candidate, for example—might go to church for the beautiful or traditional or inspiring music. The church building might be a draw, whether it were awe-inspiring or quaint. Sermons about finding the right path or avoiding the shallow temptations in life or even Bible stories might be edifying. Services could mark the important events in life such as births, marriages, and deaths. Whether the secular Christian went weekly or only a few times a year, the community of good people, eager to help others, would be welcoming. It might give focus to good works, providing opportunities for volunteering and direction for charitable giving.

The Christian church isn’t pleased with these ex-Christians simply leaving the church, and this broadening of the church community, as is done in many Jewish communities, could provide a soft landing for many mainstream churches hurting for members. Conservatives will insist that a no-compromise position be taken, but the church is determined to evolve, and this direction seems to be a win-win.

Of course, keeping the good parts of Christianity and discarding the supernatural beliefs wouldn’t solve all the world’s problems. There would still be human folly. But perhaps there would be just a little bit less.

Even if atheists removed all religion from our planet,
it would still not mean that people are engaged
in more fact-based thinking than before.
I would argue that religion is a symptom of belief-based thinking,
but there is all sorts of New Age and superstitious thinking
that is just as damaging.
— Tyson Gill

(This is a modification of a post that was originally published 9/14/11.)