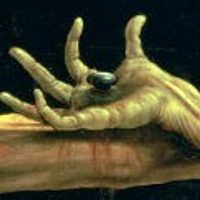 I’m afraid that the crucifixion story doesn’t strike me as that big a deal.

The Christian will say that death by crucifixion was a horrible, humiliating way to die. That the death of Jesus was a tremendous sacrifice, more noble and selfless than a person sacrificing himself for the benefit of a butterfly. And isn’t it worth praising something that gets us into heaven?

1. Sure death sucks, but why single out this one? Lots of people die. In fact, lots died from crucifixion. The death of one man doesn’t make all the others insignificant. Was Jesus not a man but actually a god? If so, that has yet to be shown.

It’s not like this death is dramatically worse than death today. Crucifixion may no longer be a worry, but cancer is. Six hours of agony on the cross is pretty bad, but so is six months of agony from cancer.

2. What about that whole hell thing? An eternity of torment for even a single person makes Jesus’s agony insignificant by comparison, and it counts for nothing when you consider the billions that are apparently going to hell.

3. Jesus didn’t even die. The absurdity of the story, of course, is the resurrection. If Jesus died, there’s no miraculous resurrection, and if there’s a resurrection, there’s no sacrifice through death. Miracle or sacrifice—you can’t have it both ways. The gospels don’t say that he died for our sins but that he had a rough couple of days for our sins.

4. Taking on the sin vs. removal of sin aren’t symmetric. We didn’t do anything to get original sin. We just inherited it from Adam. So why do we have to do anything to get the redemption? If God demands a sacrifice, he got it. That’s enough. Why the requirement to believe to access the solution?

5. The reason behind the sacrifice—mankind’s original sin—makes no sense. Why blame Adam for a moral lapse that he couldn’t even understand? Remember that he hadn’t yet eaten the fruit of the Tree of the Knowledge of Good and Evil, so who could blame him when he made a moral mistake?

And how can we inherit original sin from Adam? Why blame us for something we didn’t do? That’s not justice, and the Bible agrees:

6. Jesus made a sacrifice—big deal. Jesus is perfect, so his doing something noble is like water flowing downhill. It’s unremarkable since he’s only acting out his nature. What else would you expect from a perfect being?

But imagine if I sacrificed myself for someone. In the right circumstance, I’d risk my life for a stranger—or at least I hope I would. That kind of sacrifice is very different. A selfish, imperfect man acting against his nature to make the ultimate unselfish sacrifice is far more remarkable than a perfect being acting according to his nature, and yet people make sacrifices for others all the time. So why single out the actions of Jesus? Aren’t everyday noble actions by ordinary people more remarkable and laudable?

7. What is left for God to forgive? The Jesus story says that we’ve sinned against God (a debt). Let’s look at two resolutions to this debt.

(1) God could forgive the debt of sin. You and I are asked to forgive wrongs done against us, so why can’t God? Some Christians say that to forgive would violate God’s sense of justice, but when one person forgives another’s debt, there’s no violation of justice. For unspecified reasons, God doesn’t like this route.

And that leaves (2) where Jesus pays for our sin. But we need to pick 1 or 2, not both. If Jesus paid the debt, there’s no need for God’s forgiveness. There’s no longer anything for God to forgive, since there’s no outstanding debt.

Here’s an everyday example: when I pay off my mortgage, the bank doesn’t in addition forgive my debt. There’s no longer a debt to forgive! Why imagine that God must forgive us after he’s already gotten his payment?

8. The Jesus story isn’t even remarkable within mythology. Jesus’s sacrifice was small compared to the Greek god Prometheus, who stole fire from Olympus and gave it to humanity. Zeus discovered the crime and punished Prometheus by chaining him to a rock so that a vulture could eat his liver. Each night, his liver grew back and the next day the vulture would return, day after agonizing day. The gospel story, where Jesus is crucified once and then pops back into existence several days later, is unimpressive by comparison.

9. The Bible itself rejects God’s savage “justice.” This is the 21st century. Must Iron Age customs persist so that we need a human sacrifice? If God loves us deeply and he wants to forgive us, couldn’t he just … forgive us? That’s how we do it, and that’s the lesson we get from the parable of the Prodigal Son where the father forgives the son even after being wronged by him. If that’s the standard of mercy, why can’t God follow it? Since God is so much greater a being than a human, wouldn’t he be that much more understanding and willing to forgive?

If we were to twist the Prodigal Son parable to match the crucifixion story, the father might demand that the innocent son be flogged to pay for the crime of the prodigal son. Where’s the logic in that?

10. The entire story is incoherent. Let’s try to stumble through the drunken logic behind the Jesus story.

God made mankind imperfect and inherently vulnerable to sin. Living a sinless life is impossible, so hell becomes unavoidable. That is, God creates people knowing for certain that they’re going to deserve eternity in hell when they die. Why create people that he knew would be destined for eternal torment?

But don’t worry—God sacrificed Jesus, one of the persons of God (whatever that means), so mankind could go to heaven instead.

So God sacrificed himself to himself so we could bypass a rule that God made himself and that God deliberately designed us to never be able to meet? I can’t even understand that; I certainly feel no need to praise God for something so nonsensical. It’s like an abused wife thanking her abuser. We can just as logically curse God for consigning us to hell from birth.

Perhaps I can be forgiven for being unimpressed by the crucifixion story.

Jesus died for my sins?
Tell him I said thanks.
(Seen on a bumper sticker)

At least when Elvis died for my sins,
he stayed dead!
(Seen on another bumper sticker)