Who Would Die for a Lie? (Another Weak Christian Argument)

Who Would Die for a Lie? (Another Weak Christian Argument) January 17, 2015 Bob Seidensticker 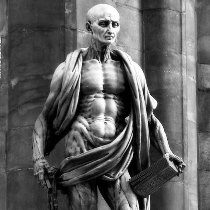 Almost all of the original apostles of Jesus died martyr’s deaths. If they knew that Jesus was just a regular guy and that the resurrection story was fiction, why would they go to their deaths supporting it? Lee Strobel said that though people may die defending their beliefs, “People will not die for their religious beliefs if they know that their religious beliefs are false.”

While people have died for lies—the 9/11 hijackers, for example, or the Heaven’s Gate cult—they didn’t know it was a lie. That the apostles were in a position to know and still died defending it is strong evidence that the Jesus story is accurate.

Or, at least this is the story Christians tell themselves.

How did the apostles die?

There are several issues here, but let’s focus first on the big one: how we know how the apostles died. Since their dying as martyrs is key to this apologetic, you’d think that this was well established in history. But sometimes Christian historical claims have a very weak pedigree.

Our one-stop shopping source for this question is historian Hippolytus of Rome (170–235) in his “On the Twelve Apostles.” At best, this is an early third century work written close to 150 years after the facts it claims to document. At worst, it was written even later by an unknown author (called “Pseudo-Hippolytus” by historians) and inadvertently or deliberately compiled with the writings of Hippolytus.

Another popular source for this information is John Foxe’s Book of Martyrs, first published in 1563 and in many later editions. Its late age, 1500 years after the events, is enough to disqualify it since we have the earlier account, but its popularity makes it an important source. To a large extent Foxe was simply a mouthpiece for the anti-Catholic sentiment in England at the time, and many sources dismiss its accuracy (Wikipedia, 1911 Britannica, Catholic Encyclopedia).

Foxe largely agrees with Hippolytus on the deaths of the apostles except for the ones that Hippolytus says died natural deaths, giving that fate only to John. He says that Matthew was “slain with a halberd” in Ethiopia, Matthias was stoned in Jerusalem and beheaded, Simon the Zealot was crucified in Britain, and Judas the son of James was crucified in what is now eastern Turkey.

James the son of Zebedee seems to have the oldest martyrdom story. Hippolytus probably got his account from Acts 12:2, written in the latter half of the first century, which says that Herod Agrippa (grandson of Herod the Great) killed him “with the sword.”

Various sources add to the story of Matthias. He was crucified in Ethiopia. Or he was blinded by cannibals but rescued by Andrew. Or he died a natural death in Georgia on the coast of the Black Sea.

Simon the Zealot might have been sawn in half in Persia. Or crucified in Samaria. Or martyred in Georgia.

What can we conclude given this evidential house of cards? Only that “most apostles were martyred for their faith” is historically almost indefensible.

And it’s not just that the claim for any particular martyrdom story is flimsy; it’s that we can be certain that many of them are false because they contradict each other.

Let’s pause for a moment to savor the larger lesson. “Tradition holds that” or “The Church tells us that” is never enough—be sure to look behind the curtain to see what evidence actually supports a historic claim. Too often these claims crumble.

“Who would die for a lie?” you ask. I dunno—let’s first establish that someone died at all.

Martyrdom has always been a proof of the intensity,
never of the correctness, of a belief.
— Arthur Schnitzler (1862–1931) 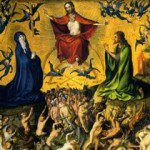 January 19, 2015 20 Arguments Against Same-Sex Marriage, Rebutted (Part 5)
Recent Comments
424 Comments | Leave a Comment
Browse Our Archives
get the latest from
Cross Examined
Sign up for our newsletter
POPULAR AT PATHEOS Nonreligious
1