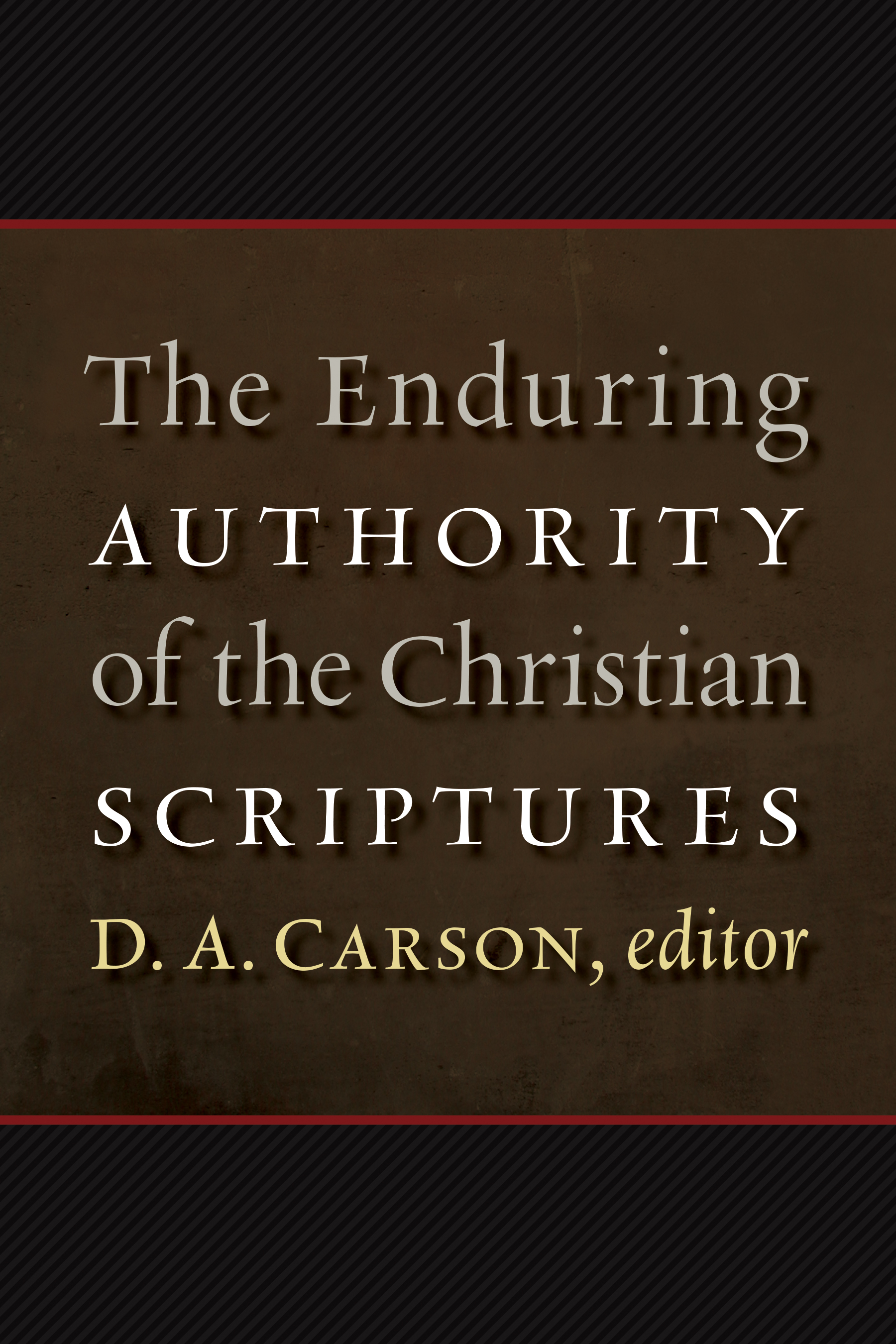 Truth be told, when I was in seminary, I held Dr. DA Carson in the highest of admiration – he was a reputable biblical scholar, a man of the church, and intrepid defender of evangelicalism. I don’t know if he has changed, or if I have changed (probably the latter), but I was profoundly disappointed with his recent work The Enduring Authority of the Christian Scriptures – an edited volume that boasts a veritable “who’s who” of Gospel Coalition scholars such as Paul Helm, Daniel Doriani, and Douglas Moo (Eerdmans, 2016). In seminary, I would have been delighted with such a book, steadfastly defending the inerrancy of Scripture. To be honest, I don’t really have a desire to spend much time on this book- I have read enough.

Now, to be fair, there are a number of contributors in here that I have a lot of respect for as honest, searching, “always reforming” scholars – Craig Blomberg and Kevin Vanhoozer always impress me. But the volume as a whole seems to come across as entrenchment scholarship – protect the Bible at all costs! Now, I actually consider myself someone that could sign a statement of inerrancy (as articulated by folks like Ben Witherington, Kevin Vanhoozer, and Mike Bird), but what seems to be problematic about this book is the assumption of the problem of “doubt.” As far as I can tell, there is no room for ambiguity, mystery, and aporiae. There seems to be a compulsion (esp on the part of Carson) to tidy up all so-called “problems” and paint a neat and perfect picture of inerrancy. Firstly, I am not sure that is all that necessary, and, secondly, it has the drawback of putting Christian assurance primarily in a text (“the Bible”) rather than a relationship with God in Jesus Christ through the Holy Spirit. Again, I believe in the wholeness and trustworthiness of Scripture, but only insofar as it serves as a conduit and platform of a covenantal relationship with God.

Again, I want to be fair- several essays are “open” enough to let the tensions remain to some degree – esp the essays by Tennent and Vanhoozer. They want searching faith, not cheap assurance. But many readers will make assumptions about the aims of the book based on the framing – introduction chapter by Carson. When I say that this book seems “entrenched,” I am esp concerned with the introduction. For example, Carson makes a few personal swipes – for example he refers to the works of Peter Enns and Kent Sparks as “slightly angry and slightly self-righteous” (11). I don’t really think the word “slightly” helps here – he pretty much means they are self-righteous. That seems unnecessarily ad hominem to me. Carson criticizes NT Wright for using the word “somehow” in his statement that “the authority of the triune God [is] exercised somehow through Scripture” (p13). I think that is needless nit-picking. Wright is not being soft on biblical authority, he is just saying we don’t know exactly how!

Another concern: Carson picks on some global theologians who don’t like the word “inerrancy” because of its American baggage. Carson seems to think this is a slippery evasion. Actually, I think the concern is fair. America is no longer the gravity of orthodox Christianity (if it ever was). Actually this whole Carson volume is heavily American (with some help from the UK). It is also overwhelmingly male, but I give Carson kudos for including a couple of female voices.

If you are interested in the subject of inerrancy (and, let’s be honest, the book should be called The Inerrancy of the Christian Scriptures), I much prefer to point you to a more rigorous academic conversation like Four Views on Biblical Inerrancy (Zondervan, 2013). If there is a section of Carson’s book that I might have students read for class, it would be the chapters on “Comparative Religions.”

March 11, 2016 Andy Johnson on Phil-Phm Commentaries (Gupta)
Recent Comments
23 Comments | Leave a Comment
"I have worked extensively on Colossians, I even wrote an article on authorship, the arguments ..."
Gupta Nijay Newell Lectures ’21| Hidden Christian Figures: ..."
"I am in broad agreement. Have you read the 2018 article in ZNW: "Euodia, Syntyche ..."
Richard Fellows Newell Lectures ’21| Hidden Christian Figures: ..."
"I found Jerome Walsh's commentary in the Berit Olam series to be outstanding. It is ..."
Brian Small My Top Six OT Commentaries: 1-2 ..."
"Thank you again for another good list - but I confess puzzlement at the absence ..."
Jim Gordon My Top Six OT Commentaries: 1-2 ..."
Browse Our Archives
get the latest updates from
Crux Sola: Formed by Scripture to Live like Christ
and the Patheos
Evangelical
Channel
POPULAR AT PATHEOS Evangelical
1