My friend, Dr. David A. deSilva, has written an excellent new book, DISCOVERING REVELATION (Eerdmans, 2021). He was kind enough to write up a helpful little blog post on getting the most out of reading Revelation. Read and enjoy this post—and be sure to check out his new book!

Four Tips for Reading the Book of Revelation 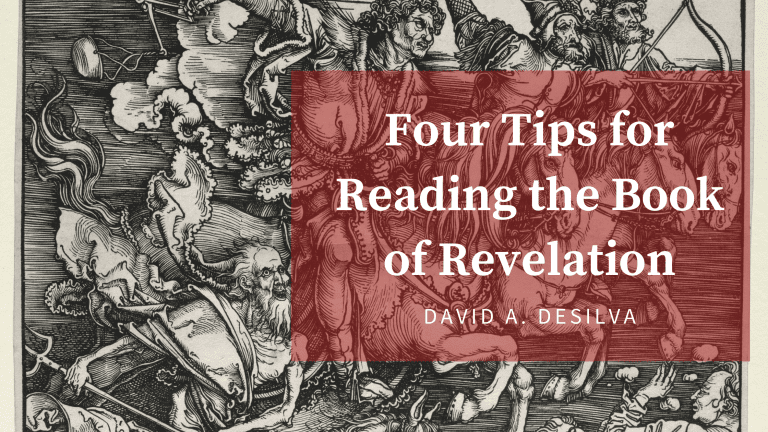 First – and perhaps this doesn’t apply to many among the readership of this blog, but it certainly applies to many in the congregations that I’ve served over the years – don’t be afraid of Revelation.  More especially, don’t allow some of the wackier uses to which Revelation has been and is being put out there make you avoid the book itself.  Enjoy the low-hanging fruit, for example, the scenes of adoration and liturgies of worship that punctuate the book (and that tend to be the parts foregrounded in lectionaries), such as Rev. 4:1-5:14; 7:9-17; 11:15-18; 15:2-4; 19:1-10.  Worship – whom to worship and why, whom not to worship and why – is one of the principal themes of the book and principal concerns of its author, and this is a facet of Revelation that is generally quite accessible.  Revelation has exerted a tremendous influence on the worship life of the Christian churches across the centuries, particularly its hymnody and repertoire of sacred music (think of the hymn, “Holy, Holy, Holy” by Reginald Heber and John Dykes, or the two climactic choruses of Handel’s Messiah, “Hallelujah” and “Worthy Is the Lamb”).

Second, be a considerate and humble reader of this text, as we ought to be of any and every text in Scripture.  This means acknowledging the fact that, when John wrote Revelation, he did not have any of us in mind.  Rather, he had Christians living in cities throughout the Roman province of Asia in the latter part of the first century in mind.  One of the best pieces of advice concerning Revelation comes from Johann Jakob Wettstein in 1752: “the Apocalypse was written specially for the benefit of certain people who were living at that time, and for the purpose of being understood by them.” The considerate reader will try to enter into the situations and to understand the challenges that faced the explicitly intended audience or audiences of an ancient text, for the author made an implicit covenant with them and not with us when he wrote to them, namely that what he wrote would be particularly relevant and readily accessible to them, given their knowledge of their world and the traditions they shared with John.

Third, recognize the presence and the purpose of the hundreds – literally, hundreds – of references to the Jewish Scriptures and recontextualizations of phrases, clauses, sometimes whole sentences from those scriptures.  (A “recontextualization” is a precise term for lifting a string of words from another text and placing that string in a new text without drawing explicit attention to the fact with a phrase like “as Isaiah says.”)  John has immersed himself so long and so fully in the sacred texts that he cannot help but see, think, evaluate, and speak in their idiom.  And he wants the Christ-followers that he addresses to see particular facets of their local settings and the larger Roman imperial system of which their settings are a part through the lens of those sacred texts, particularly in light of what God requires of those who owe their very existence to God and what violates those requirements.  For this reason, it is helpful to think of Revelation as a text that seeks to interpret rather than to be interpreted.  It is common to think of Revelation as a book that is written in a mysterious code that requires some hidden “key” to unlock or decrypt its meaning.  It is truer to John’s method to think of Revelation as the scripture-shaped “key” that John hoped would unlock for his intended audiences the real meaning and significance of the choices that lay before them – for example, to participate in (and profit nicely from) the Roman imperial economy or to stand aloof in witness and protest to the violence, arrogance, and exploitation of empire, to give a nod to the public ideology of the emperor by participating in his worship or to stand aloof in witness to the greater obligations due the One God and in protest against the empire violation’s of God’s vision for human community.

#4: Read for the Sake of Faithful Witness

Fourth, whatever you do in regard to Revelation and eschatology, also pay attention to how Revelation challenges us to identify the venues for faithful witness – through speech, positive action, and also non-participation – in our contemporary settings.  Especially in the highly charged political environment of the United States, it is crucial that we follow John’s lead of immersing ourselves in the whole witness of the whole canon of Scripture as we move toward discerning what the Spirit says to the churches in our context and to what actions the Spirit is calling us, so that no political agenda from any location on the political spectrum hijacks the church’s witness.  Yes, this has been a significant problem in 2020 and 2021 (all along, no doubt, but the egregiousness has been particularly evident in recent years), but Revelation can actually help us recover our witness (if we take my first three tips to heart) rather than exacerbate the problem (as it does when readers turn to Revelation as a great Rohrschach ink blot for the future).

Political ideologies are insidious.  It’s hard to recognize the paths by which they infiltrate and possess our minds and imaginations and, thereby, hitch our wills and energies to their self-serving agendas.  There is a strong case to be made that Revelation represents John’s attempt – alongside other goals he had for his audiences – to create and sustain critical distance between them and the political ideology that pervades their environment.  We must always be willing to allow Scripture to do the same for us in regard to the multiple political ideologies that pervade (and divide) our lived environment in favor of a larger and greater vision to which God would have us give our allegiance and energies.  To this end, another aspect of “the world in front of the text” becomes vitally important to attend to, namely how Christians in social and global locations different from our own hear Revelation’s (or any scriptural text’s) diagnosis of and challenge to them in their situation, with a particular view to discovering the blind spots in our own ability to perceive the same in regard to our situation.  I have benefited greatly from listening to Christians in Lebanon talk about the harm that certain readings of Revelation do in regard to the plight of Palestinian Christians (largely by bracketing them from concern) and from Christians in Sri Lanka talk about how Babylonish the policies and practices of both competing world economic powers (the United States and China) appear from their location.  It is perhaps not accidental that it took an outsider like John (by all accounts a Christ-following Jew from Judea or its environs) to shake Christians in Asia Minor loose from the political ideology that had gripped them and continued to seduce them.  So those who are “outsiders” to our own circles, those to whom we are “outsiders,” can often help us see what is going on in our own circles most clearly. 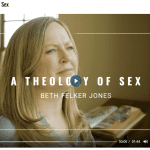 June 25, 2021 Check Out SEMINARY NOW (40% off Sale until June 30, 2021)
Recent Comments
0 | Leave a Comment
Browse Our Archives
Related posts from Crux Sola: Formed by Scripture to Live like Christ