Pastoring During (and After) the Coup: Staying Alert, Telling the Truth December 8, 2020 Leah D. Schade

President-elect Joe Biden has won the popular vote and the Electoral College victory will soon be official.  But that fact has not stopped Trump’s attempted coup.

Trump has pursued every possible avenue to overturn the results of the election.

Thankfully, Trump’s attempted coup has not gained traction.  A coup requires collaborators at multiple levels, which he has been unable to secure.  He has lost nearly every court challenge. And notwithstanding a handful of die-hard GOP sycophants, his attempted coercion of elected leaders and election officials has been thwarted at nearly every turn.

But that does not mean his efforts at attempting a coup are not dangerous.  They are. And they will have long-lasting effects.

Those effects are already being felt in congregations where clergy are navigating political tensions among their parishioners.  As I explain in this piece, when nearly half the country buys into a false narrative, it destabilizes democracy and can lead to violence.  This political divisiveness and destabilization can manifest in churches as well.

So how can we pastor during – and after – this coup?

First, we need to be clear that what is happening is, in fact, a coup.  We need to tell the truth about that – not in an alarmist way, but as a matter of fact.  Because what is happening in this country is doing damage to the foundations of democracy. This weakens our society’s ability to function.  And because democracy is what allows churches to practice freedom of religion, we need to be concerned about the fall-out from this coup in the weeks and months ahead.

According to isthisacoup.com, a project of Dissent & Company:

Trump “is doing damage to our country and democracy and putting people’s lives at risk every day that he refuses to participate in the normal transition of power. . . Trump’s continued insistence on pushing the false story that the election was rigged has further eroded American’s faith in our democratic system, a development that could mean long term harm to the country.”

Indi Samarajiva warns about the dangerous fall-out from a failed coup in his essay “I Lived Through A Stupid Coup. America Is Having One Now.” He describes the aftermath of the 2018 attempted coup in Sri Lanka and how it has affected his country.

In the ensuing months, Sri Lanka suffered multiple attacks by domestic terrorists killing hundreds of people and shaking the foundations of their country.

America, he warns, is on track for the same kind of post-coup scenario.

Samarajiva minces no words.  “America’s democracy is a lightly modified enslavement system that black people only wrested universal franchise from in 1965. It’s frankly a terrible democracy, built on voter suppression of 94% of the population, full of racist booby traps and prone to absurd randomness.”

There’s a term for that kind of randomness.  It’s called stochastic terrorism.

Stochastic means “random” and terrorism is “violence motivated by ideology.”  Thus, the definition of stochastic terrorism is “the public demonization of a person or group resulting in the incitement of a violent act, which is statistically probable but whose specifics cannot be predicted.”

Stochastic violence is when a leader or organization uses rhetoric to demonize a person or group of people, resulting in unpredictable violence from those who buy into the rhetoric and choose to act on it. Kyle Rittenhouse murdering protestors in Kenosha, Wisconsin is one example. The man who opened fire in an El Paso, Texas, Walmart in August 2019 in response to the “Hispanic invasion of Texas” is another.

Clergy and church leaders need to be aware of the threat of stochastic terrorism for two reasons.

One, congregations and clergy may become the target of demonizing rhetoric and violent attacks.

The 2018 murder of 11 congregants at the Tree of Life Synagogue in Pittsburgh is a stark reminder of this tragic reality.  And Samarajiva noted that hotels and several churches were attacked on an Easter Sunday four months after his country’s failed coup.  269 were killed. So clergy and church leaders need to be aware that stochastic violence against houses of worship may increase as a result of the Trump’s coup and its aftermath.

Again, this is not to be alarmist. Rather, it means taking the necessary precautions to ensure the safety of parishioners, especially when in-person worship eventually resumes. [The Secure Community Network has excellent resources for securing houses of worship and protecting the safety of a faith community. Visit their website here.]

Two, there may be persons in a congregation who are susceptible to violent ideology and rhetoric – enough to act on it.

Recall the self-proclaimed white supremacist who murdered nine Emanuel AME Church members in June 2015.  That young man was a member of a Lutheran church.

While clergy and congregations may not always know the ideology of their members, clergy can help counter disinformation and the rhetoric of violent ideology that can lead to dangerous stochastic terrorism. [Stay tuned for the next in this series, “How Can Clergy Counter Disinformation, Gaslighting, and Manipulation?”]

Studies have shown that one way to combat violent ideology is to try to deprogram and reconstruct the belief system of adherents.  Admittedly, this is very difficult and takes time.  But clergy can assist with this “deprogramming.” In my next piece, I’ll discuss strategies for pastoral and homiletical approaches to help thwart disinformation and violent rhetoric.  In short, education is key.  Sermons, Bible studies, and pastoral conversations can help to neutralize the poisonous and treacherous words that destabilize minds and inspire violence.

Also, clergy sometimes do, in fact, know the ideology of their parishioners.  It comes out in conversation or shows itself on Facebook.  Other members raise concerns, or it comes through in emails. It can even erupt in angry responses to sermons that preach biblical values of love and justice.

However, understand that radical beliefs are not the same as radical actions.

The FBI clearly notes:  “You may know someone in this country who has radical beliefs or agrees with the actions or ideologies of violent extremist groups. That is their right under the U.S. Constitution. However, if a person seriously plans to carry out an act of violence or is strongly pushing you or someone else to do so, that is illegal.”

How can you tell if someone is moving beyond sympathizing with extremist beliefs to acting on them?

There are signs that someone is moving beyond mere sympathy with violent ideology to acting on that ideology.

The FBI lists the following signs that indicate that someone may carry out violence.

Talking about traveling to places that sound suspicious

Researching or training with weapons or explosives

Studying or taking pictures of potential targets (like a government building)

Looking for ways to disrupt computers or other technology

(Visit this site to learn more.)

Ministry during and after a coup is not something we ever imagined when we answered our call to serve the church.  Not to mention ministry during a time of pandemic.  Nor were we trained in seminary for this kind of ministry.  So it’s important to learn as much as we can to respond as best we can.  Staying grounded in scripture and prayer, tending to self-care, and being connected to networks of trusted colleagues for support are all vital.

As you navigate these difficult times, know that your faithfulness, your proclamation of the gospel, and your pastoral heart are making a difference.

5 Steps for a Healthy Pastor, Congregation, and Planet 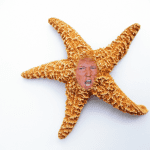 December 6, 2020
Trumpism is a Starfish, not a Spider. How should churches respond?
Next Post 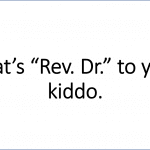 December 13, 2020 That’s “Rev. Dr.” to you, kiddo. A rebuttal to WSJ’s Joseph Epstein
Recent Comments
0 | Leave a Comment
Browse Our Archives
get the latest from
EcoPreacher
Sign up for our newsletter
POPULAR AT PATHEOS Progressive Christian
1

QAnon is a hoax designed for...
slacktivist
Books by This Author Books by Leah D. Schade