This is the first in a series reflecting on what I’ve been doing on the blog.

It will be hard for most of my readers to understand what I mean when I say that I’ve been in a dry spell for the better part of five years in my writing, but it is true. Shortly after I became Eastern Catholic in the summer of 2016, Sam Rocha invited me onto Patheos Catholic to blog, precisely because I was in the intellectual desert. He said that blogging would help me. It was counterintuitive, of course, as a good deal of academia frowns on the genre of the blog as a kind of unserious writing, and I too thought that it would be a waste of my time. I did, however, relish the glory of finally becoming a Patheos writer, so I took up his challenge. Then he looked at me sternly: I give you three years to narrate yourself.

I have recently entered my third year into narrating myself, and I’ve concluded that Sam was probably right. The only thing he has been wrong about is that my narration would result in me admitting that I’ve been wanting to join the Latin Church all along. He used to hold my feet to the fire when I told him early on in my catechumenate that if the Eastern Catholic thing didn’t work out long term because the Kyivan Church ended up really being only for ethnic Ukrainians, then I’d join the Latin Church. It took about a year and a half of reading my stuff for him to admit that after going through my mystagogy in the Kyivan Church, I really was Byzantine through and through – in my liturgical sensibilities, in my prayerful impulses, in my thinking about liberation theology, in my approach to the world. Indeed, if my cantoring dreams are any indication, my real problem is not with a secret obsession with the Latin Church. As another Kyivan buddy of mine – Julian Hayda, of the Kyivan Psychoanalysis Study Group – remarked to me recently, my complex is more that I am performing my Eastern Catholicism for Protestants, especially Asian American evangelicals, to see. He’s right. The unconscious does not lie. I have a different kind of uniatism to work through than other people.

But Sam is generally correct to have said that I will need the full three years to finish narrating myself, because it’s only now that I’ve begun to discover what I’ve been doing all along on the blogosphere. I have, I think, been trying to find something. Up until recently, I didn’t know what that thing was, which is admittedly why Sam had been sceptical of the Eastern Catholic thing until time told otherwise. He probably still is not completely sure of it, but I can’t be bothered with his doubts anymore. I think I know what it is that I am looking for now, although I will test your patience by letting myself write toward it by the end of this series.

I realize now that I’ve been stuck over the course of years, including well before the time I was invited onto Patheos, and that in being paralyzed, I’ve also managed to write reams and reams and reams of posts. It is a little bit like Rocha’s argument about why Slavoj Žižek has been so over-productive, writing so much that he’s been written off by all serious theorists at this point. Žižek is probably about to take an even bigger hit at the hands of Yasmin Nair, who is preparing a giant analysis of the Avital Ronell debacle in the land of critical and queer theory, a realm that I have the unfortunate pleasure of having grown up intellectually in as well (including, for the purposes of transparency, with my own reading of Ronnell on this blog a few months before the present affair broke out). Žižek’s defense of Ronell, like a good deal of his recent writing, has been inexplicably partisan. But Rocha’s reading of Žižek, published years ago (and therefore also not implicated in the present academic scandal), is quite convincing. He says that Žižek writes as if the public is his confessor, and he is giving a confession. In psychoanalytic terms, Žižek has always condemned the ‘pervert’ – the one who cannot help but act out their ideological fantasies in the public – but been quite about the pervert’s obverse, the ‘hysteric,’ the paralyzed one who cannot act much at all. The maniacal writing to confess is an act of hysteria, Rocha argues. It is a sign of paralysis.

If I have learned anything since becoming Catholic, it is that going to confession time after time after time with the same sins over and over and over again might feel unproductive in the moment, but – done right, with the right spiritual father overhearing the confessions – it can pay dividends over the long run. Over an extended period of time, I began to reflect not so much on the individual sins, but on the patterns – or what we in the Byzantine churches call the passions, the knots of sinful habits to which we are addicted. Likewise, the longer I’ve been blogging, the more I’ve begun to reflect on what I’ve confessed to the public, and the funny thing is that my spiritual father happens to be one of my readers too, so there is no escaping his eavesdropping on my confessions, whether before the icons with him or before my readership online.

Passions, in their pejorative Byzantine sense, often mean that the sinner is looking for something, and not being able to find it – or not even knowing what they are looking for – substitutes that desire with a cheap but addictive substitute. Addictions are paralyzing, which is why the experience of intellectual paralysis is often a sure sign that there’s something else going on, perhaps something I’m again looking for but find too daunting to conduct a thorough search and actually discover what and where it is. To have been stuck in my writing implies that I write to try to find something but can’t figure out what it actually is.

Wisely, Sam told me to blog, to write lightning-fast pieces where the hands do the work of the head in order to get to the heart. As I discerned my blogging in spiritual direction sessions, my spiritual father would often tell me something similar, that the blogging was not really a waste of my time because it turns out that I have been needing it. I never really understood until recently why they kept saying it – I honestly thought they were trying to screw with my career at several points – but I did have an impulse to keep writing, so write I did, often with some guilt that I could be doing something far more academically productive, like writing my books and articles about Cantonese-speaking Protestants engaging Pacific Rim civil societies. In fact, sometimes I would stop blogging and start what I thought was my serious writing. That usually ended in disaster, with me staring blankly into my computer screen completely stuck. In order to feel productive, I’d have to blog again. I told myself that it would have to become my daily writing warm-up exercise.

I started writing this post thinking it would be quick and dirty, but it started getting long and unwieldy. Against my better impulses, I am turning it into a series, just like the ones on being Cantonese, on my relation with the Theotokos, on my conversion to liberation theology, on my work on fantasy, on making peace with my hometown during the most recent Great Fast, and on the sex abuse crisis in the Latin Church. I’ll pick up tomorrow with how I started narrating myself on the blog despite my initial resistance to it. 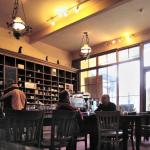 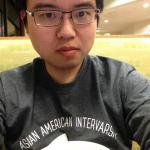 September 6, 2018 My Asian American evangelical oedipal complex ('I give you three years to narrate yourself' #2)
Recent Comments
2 Comments | Leave a Comment
Browse Our Archives
Related posts from Eastern Catholic Person