Patheos Explore the world's faith through different perspectives on religion and spirituality! Patheos has the views of the prevalent religions and spiritualities of the world.
Of the many brilliant lines in the Internet scholar Yasmin Nair’s lengthy critique of the online left, one in particular stands out to me. ‘Call me a luddite,’ she says, ‘but I happen to think that intellectual work needs to originate and be nurtured away from, not in the public eye.’ The ironies of her writing this sentence, and me liking it, should not be lost on our readers. Nair has spent her career writing public pieces online. I have blogged my way to intellectual clarity. It might be tempting for those reading us to think that we might be using the Internet both to come up with and to nurse the chops of our intellect. I don’t know about Nair, but I suppose it’s a temptation that I have found myself running up against as well. At least Nair insists on getting paid for it. Her tenacity inspires my newfound materialism.

Nair’s larger critique is against the culture of celebrity that has taken over the online Left in this economy of precarity for intellectuals. It is now old hat to say that tenure-track positions for academics like me come few and far between and are so highly competitive that it has led, as Nair writes elsewhere, to the ‘extinction’ of the truly radical academic, a point that was later stolen and re-published by precisely the kind of institutional scholar that Nair deplores. The trick to getting a large readership, as Nair shows from study after study of Internet culture that she posts, is to pose as an intellectual, often in a harried way as if the whole world is persecuting you, a pattern that she finds true from Suey Park to Doug Henwood and his leftist acolytes.

The problem with this kind of practice, which has even crept into the academy, is that anyone with a computer can style themselves as a public intellectual. I admit that the first time I heard Nair say this, I was, as the Holy Evangelist Luke the Iconographer writes repeatedly in the Acts of the Apostles, cut to the heart. Was it not just yesteryear that someone on the Byzantine Catholic facebook group had taken me to task for speaking the words public intellectual about myself on my blog? Did I not also follow the very celebrities that Nair decries as posers, even to the point of having online dialogues with Suey Park? Could it be really the case that the reason that I often went off on those to whom I had promised to write more publicly accessible pieces for then holding me to my promises be that I knew just as well as they that accessibility is a betrayal of the intellectual task, not least because it rhymes with celebrity?

I do not know if Nair wants to be credited ever with the word wisdom, but if she cares to claim it, she may find herself in good company with a host of wise people who have tried to warn me off the instant fame that comes with the Internet and that subsequently betrays the intellect (plus, once again, as Nair asks, did you at least get paid for it?). I do not care to list all those who have given me wise counsel, though they do include the supervisor who walked me through the ropes of the doctorate and the spiritual father on whose epitrakhil I entered the Kyivan Church. Like Nair, their wise words are clear. Intellectual work requires room to breathe. Like everything good in life, you have to sit on it. You have to nurse it. You have to let it blossom. You can’t rush it.

I think of all the reasons I ever justified to myself that I could rush things in my intellectual work, and all of them seemed like emergencies at the time. Francis had become Bishop of Rome. The Asian American open letter to the evangelical church was supposed to overturn orientalism in the networks of evangelical Protestantism in America. The private consensus was unraveling. The Legislative Yuan in Taipei had been occupied. Occupy Central with Love and Peace was heating up. Tens of thousands of people flooded the streets of Hong Kong holding umbrellas over against the undemocratic illegitimacy of their government. The dudebro culture of evangelicalism was going to be unraveled by people of color. And on and on it went, and along with it came instant messaging chats that had to be attended to because they were about these pressing issues, and then there were the posts that attempted to educate the public, and then there was the journalists to speak with as well. I was a scholar of publics. These opportunities, focused especially on worlds that demanded action against social injustice, could not be passed up. Besides, if I was not performing the work of being public in my own work, how was I not playing into the very games of privatization by which the world has been tied into knots?

The beauty of the intellect is that whether or not you let it sit, it will do it for you. I reflect often on what Sam Rocha said to me when he invited me to blog: I give you three years to narrate yourself. The idea was not that I’d become a celebrity, much as I’m sure that my managers and colleagues would more than happy to have seen a spike in readership for me. It was, he told me much later on, to work on my prose. If I was already engaged in the intellectual work of emergency, perhaps the lightning-fast pieces might be a way of pushing me over the edge, to make me work the limits of my prose, to show me the limits of instant messaging, to demonstrate that I did have to let my work sit.

I think the plan worked. I have gotten to the place in my writing where I am finally writing these posts about two days before I post them. The same is starting to happen with some of my instant messaging friends, some of whom I have moved over to email where our plan is to write each other well-thought-out letters that we sit on before sending. It is even beginning to work into my academic writing, where I face the very real peril of the publish-or-perish machine but realize that if I rush it, I will surely die. Sometimes, I even get paid for it. I’m working on it, Yasmin, I swear.

The secret behind scholarly work, especially under a deadline, is counterintuitive, different from anything someone not experienced in the profession will tell you. I remember early on in my undergraduate days when I sought to write a paper, I would find all the quotes I needed, analyze them, and then put them into a paper. Why don’t you do all that while writing the paper? a friend of mine said to me. I realized much too late that that friend was not my friend, that he liked to watch me do all the intellectual labor and claim the rewards for pearls of wisdom he might dispense to women as pick-up lines. It is only the inexperienced and the fraudulent who will tell you that what you can do quickly, you can do well too. It recently occurred to me, on this note, that a person I respect a lot for being able to juggle many tasks in his life can only do so because he does not have the burden of concentration over his life. That thankless task, it turns out, falls almost entirely to his spouse. If I were to live in imitation of him as someone I find respectable – and many besides me do – I’d be doomed. My entire work relies on concentration, and the only way that can happen is if I have the room to breathe, instead of moving from emergency to emergency.

I can hear the online Left throwing rocks at that kind of mentality as one marked by privilege. Only the privileged, they might say, has the room to nurse their creative juices in solitude. I am not sure what Nair might say to that, as I do not find her way of living and writing particularly inattentive to the material circumstances of their production. Last I looked, she’s a Marxist, and a much better one than me too. But I suppose what I am saying is that I do not really find the incompetence of moving from hot take to emergency hot air very appealing anymore. I guess the other thing that I am saying is that I really do wish I were a public intellectual. But the wisdom of those more versed in the intellectual arts tells me that even that work of address in and beyond the academy requires solitude and the space to breathe, edit, and revise. Certainly, blogging and social media have helped with developing the muscles to write quick prose, and it has gotten me to this place. Now that I am here, though, I wonder whether it is at last time to let it all sit, to think about what I have said so that they will truly be my words that are truly what my heart has to say about the world in which we all live.

For further work by Yasmin Nair, I commend to you her Manifesto in Evergreen Review. In full disclosure, I am not paid by her to promote her – the trouble mostly being, like my ancestors, that I am bad with money – but if you like what you read here, go pay her on her website. 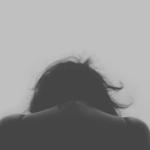 September 20, 2018
The depression of men of letters
Next Post 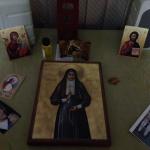 September 22, 2018 'I cannot run from his mercy': reflections on the 2018 summer quarter
Recent Comments
1 Comment | Leave a Comment
Browse Our Archives
get the latest from
Eastern Catholic Person
Sign up for our newsletter
POPULAR AT PATHEOS Catholic
1 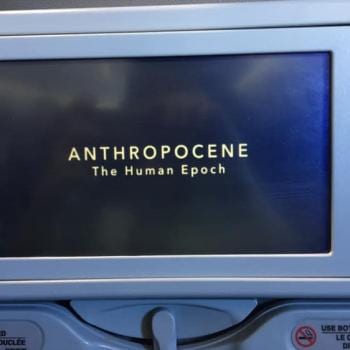 Catholic
'They are us': on having no words on...
Eastern Catholic Person 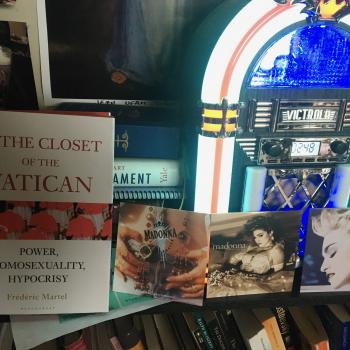 Catholic
The morality of the closet: for Cheesefare Week...
Eastern Catholic Person
TRENDING AT PATHEOS Catholic