‘I cannot run from his mercy’: reflections on the 2018 summer quarter

I depart from Richmond for Chicago today after a long and productive summer. I leave family and church behind, whom I will miss until my Winter Break beginning in December, but I also go to dear friends and a mission in Chicago that I have missed dearly as well.

I think this says something about the nature of my spiritual reflection over the summer, that it has been a good time to work on my heart so that I can actually do the labor to which I am called. I am, I finally accept, a Chinese Christian who has been made more fully so as a canonical lay person of the Greek-Catholic Church of Kyiv. As a result, everything I do is heart. It is how I was raised, and without it, I can do nothing. A colleague of mine told me that after having worked so hard at Northwestern, I should take some rest over the summer. I did, probably more than I should have, but I feel more than refreshed. I am alive.

I leave in our residence in Richmond the icon of the Holy New-Martyr Elizabeth the Merciful that Eugenia’s family gave me early on in the summer. It is a sign of the blessing that Eugenia and her family have been in our lives here as we continue to spend our lives here in the Pacific Northwest, at least part of the time, and more importantly, my distinct sense is that my growing sense of competence over the summer, a recovery from a long-term intellectual paralysis, can be attributed at least in some part to this icon having been in my office. Certainly, the latest reflections that I have begun on economia can somewhat be traced back to her presence in my life. Every day, I have opened the windows where she lies and have greeted her with a kiss; nightly, when I shut that same window, I venerate her again. Even though I said over the summer that I’d never be caught dead advocating for an outdated symphonia between imperium and sacerdotium except in the case of the Latin sex abuse crisis, no doubt she has still imparted to me her sense of quiet dignity, gracious compassion, and organizational capability. She is also a martyr saint. I seem to collect them. My patron saint is one of them too.

As I look over the makeshift icon corner that surrounds Holy Elizabeth, I am struck, after I get past the latinizations (it was not without a struggle that I became Greek Catholic, and they are evidence of my old flirtations with the Latin Church), at how much it reflects what I have been pondering as I have cantored at my home temple over the summer. Since my Cantonese friends’ chrismations on the Feast of Ss Peter and Paul, we have been using the Romanian melodies for ‘Lord, have mercy’ in our litanies, the one that cycles through five variations before repeating, as well as one from Univ Lavra, our monastery near Lviv. Lord, have mercy, my spiritual father once said, comprises about 83% of our liturgies. Here flanking this Orthodox new-martyr, as if by arrangement (it is not), are two new Latin saints, the Holy Bishop of Rome John Paul II and our Venerable Mother among the saints, Teresa of Calcutta. Both of them were known for their emphasis on the Lord’s mercy, and both of them definitely needed it too; suffice it to say that neither was perfect. In this, the universal witness of the apostolic churches is shown, that what it means to be Catholic at the end of the day is neither Latin nor Byzantine, but to locate oneself in the ocean of the Lord’s mercy.

Speaking of the ocean of mercy, I must share one anecdote that stands out to me over the summer. There was one night as I was perusing the stalls at the Richmond Night Market, a popular venue for street food and cheap goods, that I received some messages from my spiritual father. He wished to share with me some stories of pastoral wisdom that he had read about, and as my wifi flickered in and out, I managed to read them. The story that stood out the most was that of a conversion of someone who for one reason or another had rejected the Catholic faith. This person had written to his local bishop that he had renounced his faith, and the bishop speedily wrote back and said that if this person ever wished to reclaim it, they should write back. Years went by, and eventually this person somehow regained their faith and wrote to that bishop, who welcomed him with open arms.

I told my spiritual father that I liked the story. He asked me why, point blank. After all, I am a free person and am not obligated to like anything he sends me. I answered, slyly, that this narrative reminded me of the plot of Brideshead Revisited, a novel and television series that had more than one hand in bringing me into the Catholic fold. With a spoiler alert for those who have neither seen nor read it, I found that the testimony that my spiritual father shared with me was quite similar to the end of the story when Julia Flyte pushes her lover, the agnostic Charles Ryder, away. The context for this action is her watching her father, the unfaithful Lord Marchmain, convert to Catholicism on his deathbed. I cannot run from his mercy, she tells Charles. Inexplicably, in the epilogue, we learn that Charles also became Catholic. I too cannot run from the Lord’s mercy, I reflected as I wrote those words, as I could not forget the impact this scene had on my life even amidst the busy smells and sights of the night market.

Richmond has been a site of mercy for me over the summer, a place where I have gathered strength to return to Chicago, which for me is also a place in the merciful divine economy as I have experienced it. It is a mercy that my spiritual family stretches across these two places; it is merciful that the holy ones carry me on their shoulders in prayer as I move between them. Invoking the Lord’s mercy, we have managed to receive six people into the Greek-Catholic Church of Kyiv this year, by baptism, chrismation, and ascription. By his mercy, I realized that what I am doing on this blog has been nothing short of recording my own mystagogy, with practices that flow from the liturgy into the everyday work that I now understand requires more competence than ever. Through his mercy, I even go back to the Old Calendar, and the Virgin Theotokos of the Passion in my icon corner – that which the Redemptorists even in my own church call Our Lady of Perpetual Help – makes me realize that I am going back in sacred time to be the kleros at our mission on the Sunday Before the Exaltation of the Holy Cross. Again, I will celebrate the Universal Uplifting of the Holy and Life-Giving Cross of the Lord; in the Lord’s mercy, I will resolve to know nothing but Jesus Christ and him crucified.

It has been a good summer. I look forward to the labors of the next year as I fly off to do them, and I also await the time when I can come home, though the truth is that all of it is where I live because, as Julia Flyte reminds us at the end of Brideshead Revisited, I cannot run from his mercy. 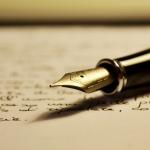 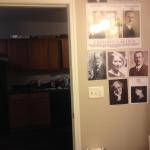 September 23, 2018 Freud's throne room
Recent Comments
0 | Leave a Comment
"I can't believe you would consider the theological lightweight Kilby as a proper critique of ..."
antoniodec Fiat mihi secundum verbum tuum: on ..."
""Milbank criticizes Balthasar for being apolitical in his aesthetic reflections, and I can see how ..."
antoniodec Reading Sobrino on Óscar Romero and ..."
"the word is receptive, which has nothing passive about it but could be the most ..."
antoniodec Fiat mihi secundum verbum tuum: on ..."
"One can never "go home," not in this life."
billwald I’ve found my way home: on ..."
Browse Our Archives
Related posts from Eastern Catholic Person