Why You Can Taste and Never Hunger Again –Questions from M

Beef jerky is a rare treat in our house. If we ask about this snack, the answer is always “we need more.” If we go to Costco and buy some, then the response is: “we need even more.”

So it is with evidence regarding the life of Jesus. If you testify to His awesome life, then you most often end up a Christian: Jesus is just that overwhelming. But to the modern critic, trapped in his own time, this makes you suspect! Multiple witnesses to events—this was, by the way, rare in ancient times—become dubious because the events overwhelm them and make them partisan.

The multiplicity of witnesses may be evidence of something awesome.

The demand is always for “more.” A good example of this is my summer interlocutor, M*.  He asks:

40. If God wanted us to believe the claims made in the Bible, especially in the New Testament, would he not have provided multiple lines of evidence outside of the writers of the Bible to corroborate their claims?

We have four gospels, epistles by believers, and later historical accounts by non-Christians. That is a lot of data (if only I had that much data on Plato’s Timaeus!), but because of the overwhelming nature of the experience, most responded by becoming Christian.

What would you expect?

When I go to Church and see the true Light, I believe. What else can I do? It is that good, true, and beautiful.

I am bold to say: “I believe, O Lord, and I confess that . . .” and I do believe and I do confess. The joy of it all makes me part of the very religion to which I testify.

I could almost wish it was not that way so I could make M* fulfilled: I would be an outsider testifying to my experience. I cannot.

So it was with the Gospel and Epistle writers:

What happens if you keep trying to provide external sources of evidence, but the evidence is so overwhelming that everyone converts? You end up with the New Testament.

Recall: the Bible is not one book, but a collection of many books by many authors. There are no older eyewitness or contemporary accounts left out of that collection.

If you knew Jesus, you either betrayed, killed, or followed Him. He was that great.

The demand for more evidence is irrational.

Socrates had a critic, Aristophanes, who poked fun at the sage in The Clouds. So? That only shows that Socrates was less overwhelming than Jesus. Socrates had his Xenophon, Aristophanes, and Plato, but Jesus made disciples. You could hate Jesus, but you could not merely mock him as Aristophanes did Socrates.

God gives many testimonies to the truth, but the truth is so true that moderns reject the witness. Instead, let’s look to see what the Biblical authors saw; a Jesus so divine, human, mighty, and vulnerable, that they chose to say: “My Lord and my God.”

We cry for “more,” but what if all our needs are satisfied? What if we taste and are never hungry again? 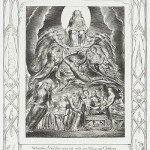 June 11, 2017 They Moved to a Heavenly City and Understood --Questions from M
Browse Our Archives
Related posts from Eidos