They Moved to a Heavenly City and Understood –Questions from M

They Moved to a Heavenly City and Understood –Questions from M June 11, 2017 John Mark N. Reynolds 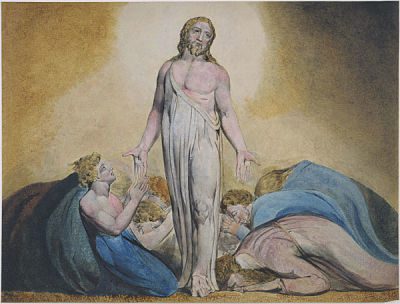 One of the surest proofs that a set of ideas (a view of reality) is worth pursuing is that those ideas can form a vibrant intellectual community that builds something good and new.

A sign of intellectual sterility is when a group pounds away at what they are against, but spend little time on building something better. Read a secular or non-religious blog for any length of time and you will discover attacks on other points of view, but little positive culture building.

A tiny group of religious people (see the Puritans) will dare to create a New England, but too many just wish to hijack what they could not have built and cannot sustain.

Maybe schools like Evergreen College can sustain an intellectual tradition while cutting out the (historically) liberal traditions that created colleges and universities, but it does not look good.

This is not an argument just for Christianity. Several other views of reality (Hinduism, Judaism, Confucianism, Taoism, Islam) have sustained positive and creative intellectual cultures. However, this is a standard that most new belief systems do not meet.

When outside forces and internal doubts begin to tear up a successful culture, we face danger.

If you think that you can remove the dominant culture and retain what was good while mocking the beliefs of the people who created that culture, you should pause and take a look at the twentieth century. “Scientific” types decided religion was dead and looked for economic and political views to support a society. They hijacked several cultures and instituted reigns of terror and blood. These evil regimes live on in atheist China and North Korea and continue to cut the heart out of great peoples.

When people do come to their senses, as they did in Russia, they find it hard to rebuild a hollowed out culture. God help Eastern Europe to find their way.

Most of our “new” answers will just be the old system, many virtues, trying to cure a few vices. Soviet Communism had that relationship to Mother Russia: it got a few things right, but it destroyed more than it built. Colonialism was an external cultural infection that (almost?) always did more harm than good: it tore down more than it could build.

33. It seems like in the New Testament, Jesus’ disciples constantly doubt him, then he performs miracles, then they doubt him again, then he performs miracles again, etc. etc. This seems very hard to believe. For instance, if one saw someone raise someone from the dead, I would think they would not doubt them again and would need no further proof. Yet, that’s not how the disciples acted. Can you explain?

Nobody flourishes outside of an intellectual community.

When I read about very bad people, they often have one thing in common: “He was a loner.” I knew a man when I was a boy who had a splendid family, a first-rate mind, and good character. However, he did not live in an intellectual community. When no one was there to help him refine his ideas, he moved further out to the intellectual fringe. He was an intellectual mountain man. Whatever good such people may accidentally do, it is the school teacher, the pastor, and the farmer that create a community—not the outsider.

So it is with intellectual activity: it must happen in a community.

Sadly, tumultuous times make community hard. Times of turmoil tempt us to take off to the mountains and meditate alone. If we are very good, and we return to a vibrant community, this can go well. Generally, we just go mad.

People realize this truth. For every real messiah or even every George Washington, there are one hundred Jim Jones cult leaders or secular Stalins.

This can help us understand the disciples and perhaps our own times.

The disciples were drawn from a battered people: Palestinian Jewish folk. They had briefly achieved independence only to be conquered by the Roman Republic and fragmented by the Roman Empire. Zealous patriots still longed for the glory days that were not quite a distant memory. Greco-Roman culture was integrating less easily for many Jewish people in Palestine than for Jewish people in cities such as Alexandria. Within forty years of the life of Jesus, the Romans brutally crushed Jewish culture in the region.

People were looking for something new and plenty of madmen, grifters, and hopeful would-be heroes were eager to fill the role of savior. Too many people had been tricked, too many voices had cried out from the wilderness, to let them believe easily.

The disciples wanted to believe, but Jesus kept refusing to help. He would not start the Kingdom of Judah that Palestine so desperately needed. He raised the dead, a few times, but not other times. You could walk under crosses of Roman victims from Jericho to Jerusalem, but Jesus kept healing instead of fighting. Was he good or a grifter? Was he powerful, but hapless? Who is this man Jesus?

Cultural chaos and confusion breed skepticism and the disciples were people of their time.

The moment you said: “You are the Christ,” He said something about eating flesh and blood and drove most people away from Him. Of course, eventually, the miracles, in particular the raising of Lazarus from the dead, were too much. Jesus obviously was something special, but against Him stood the shadow of that hideous strength: the might of Rome. He could make the blind see, but the Romans were blinding more daily.

The disciples were such a small group, unable to sustain reasonable belief. And then just what they feared happened: Jesus went to Jerusalem (against their advice) and the Romans killed Him. Damn.

They huddled together, but the Empire was great, and their world was too small to thrive.

And then Jesus rose from the dead. Better than that even, Jesus sent the Holy Spirit and created a gathering, a church. From that point forward, there was a community of faith, intellectual liveliness, checks and balances. They never looked back.

It was the church, a community, they needed: a new heavenly community that would not die and has not died until this day. In the East, West, North, and South, this community has faltered, fought, but also been fecund. We have created great art, helped produce the industrial and scientific revolutions, created the university system, hospitals.

The disciples doubted because they were alone, cautious, and wise. Eventually, they saw—they saw—and nothing has been the same since that moment of Pentecostal power.

June 10, 2017
Why You Can Taste and Never Hunger Again --Questions from M
Next Post

June 12, 2017 Going to Bed With Tacitus ---Questions from M
Browse Our Archives
get the latest updates from
Eidos
and the Patheos
Evangelical
Channel
POPULAR AT PATHEOS Evangelical
1