Going to Bed With Tacitus —Questions from M 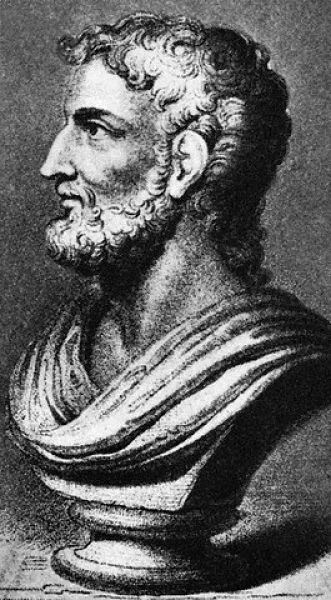 My mind churns away and keeps me awake as I think about what needs to be done at The Saint Constantine School and College and so a good audiobook helps me relax. My favorites are That Hideous Strength, A Child’s History of England, and The Complete Stories of Sherlock Holmes. It was while listening to Holmes that I heard the best audiobook reader now alive (Alexander Scourby, RIP): Charlton Griffin.

My goal, and a man must have goals, is to listen to every book he records. That led me to go to bed with Tacitus as read by Charlton Griffin. This is a new way to experience this Roman historian who stood at the end of a good time and saw doom coming. If anyone wrote well about coming doom, Tacitus was that author.

Anytime someone complains about the lack of historical evidence of anything in the ancient world, I think of Tacitus. He is one of the few surviving ancient historians. The last time I checked, some of what we have of Tacitus, and we are missing much, is based on two partial Medieval manuscripts!

Tacitus is interesting in what he writes and does not write. Here is one scholarly opinion on his interests:

Few Christian moralists deal much in eulogy, and Tacitus’ diatribes are the more frequent and the more fierce because his was the morality not of Christ but of Rome. ‘The Poor’ are as dirt to him: he can stoop to immortalize some gleam of goodness in low life, but even then his main object is by scorn of contrast to galvanize the aristocracy into better ways. Only in them can true virtus grow. Their degradation seems the death of goodness. Tacitus had little sympathy with the social revolution that was rapidly completing itself, not so much because those who rose from the masses lacked ‘blood’, but because they had not been trained in the right traditions. In the decay of Education he finds a prime cause of evil. And being a Roman–wherever he may have been born–he inevitably feels that the decay of Roman life must rot the world. His eyes are not really open to the Empire.**

What Rome Thought of Itself

Power writes the history, ask the victims of colonialism, and Rome was the power in the world of Jesus. Romans were, by ancient standards, record keepers, but their records were of the Empire and the focus of written history was Rome. Never forget: Rome was not for these men an Empire,—that was the benefit of greatness—or an idea, but a City.

In an Empire of sixty-million, at least one million lived in the great city of Rome and to historians like Tacitus, those people were the ones that mattered. Everyone else counted as they impacted the City. Of course, of the million, the elite were what mattered, the decadent failing elite, and they were the subject of Tacitus’ history.

When anyone else was mentioned, they were brought into the story as they impacted the City. The poor in the City mattered insomuch as they were part of the lives of the Great, and the Great were judged by Tacitus with a strict pagan judgment. He weighed them in the balance of his classical education and they were found wicked.

Little the Romans wrote survived the fall of the Empire. Christians saved what they could in Roman Constantinople, but much was lost that should never have been forgotten. Still. If we had everything the Romans recorded, the story would be of Great Men (and a few Women) and of Rome. The view would be of the City and only dimly of the rest of the world.

We know so little of Rome really and the few fragments we have concern one class, one city, and the concerns of the few. Christianity made people care about the stories of the poor, the meek, and those who now have inherited the Earth.

This fact reminded me of a question that M* sent:

38.If Jesus did as Christians claim, namely, came back to life after getting executed by the Romans, and then going around preaching for 40 days or so, having had 500+ people witness his appearances, etc., isn’t it odd that there are no Roman records of such events? If the Romans, a brutal occupying power, executed someone for treason/sedition, and that person came back to life and went around teaching and preaching, wouldn’t you suppose the Roman governor or leadership would launch a massive investigation and one that they would have recorded well?

Why Would Rome Care About Jesus?

Five hundred Jews saw Jesus alive. The Empire was sixty-million and Jews were not the focus of the Empire, except when they were being killed. Pilate knew some Jews were claiming Jesus rose from the dead, but also that the sycophantic Jewish leadership was trying to hush the story up.

Why would he have investigated? As an educated Roman, the “doings” of those poor offensive Jews, with their monotheism and demands for purity, were offensive. If the Jewish leaders were happy to hush things up, why would Pilate have roused the populace by dashing about doing an investigation?

What would he have investigated? Can anyone point me to a pagan ruler who cared what the poor colonials believed?

We know little enough from the Romans about the Jewish elite, let alone the folkways of the Jewish lower classes. Women were not important to history except as they impacted the ruling men.

Ask if the British would have done a major investigation in India if a group of five hundred Indians in one city had claimed a man they hanged had risen from the dead and you will know the answer. Simla would have had a G and T and laughed at the silly natives. Keep the peace, let those people believe what they wish.

Imagine a better Pilate and you still would not have records. If Pilate did investigate, one can be sure that the records would not have survived the revolt of the Jewish people and the destruction of Jerusalem in AD 70.

Tacitus and The Doomed Elite

By the way, we know that Tacitus knew of Christians being murdered in Rome at the time of Nero (ruled AD 54-68), so if Jesus was a “myth,” the myth got to Rome in time for people to be killed for it thirty years after Christ’s death. You had to get to Rome and die to get a Roman historian’s attention.

The good news is that God came to up-end this social order: women like Mary would soon be more important than most of the people whose history Tacitus so carefully chronicled.

Sexual immorality, overspending, and a love of pleasure would doom the Roman elite. Peter and Paul came to Rome and wrote their own history and the world has not been the same since that day! Tacitus puts me to sleep and I wake up in a world that the Christ made better.

June 11, 2017
They Moved to a Heavenly City and Understood --Questions from M
Next Post

June 13, 2017 God is so Good ---Questions from M
Browse Our Archives
Related posts from Eidos