God is so Good —Questions from M 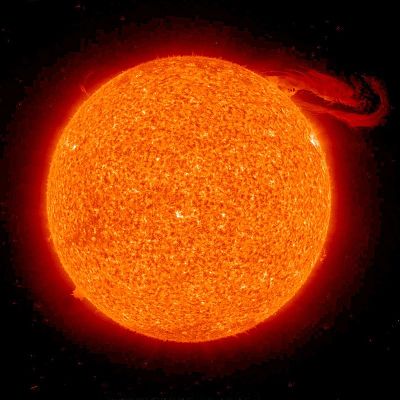 The small child in a dark room knows that somewhere out there is a switch that will turn the light on, but he cannot reach the light from his crib. He is afraid of the dark and knowing the dawn will come in a few hours does not help at all.

You can know about a good thing without being able to make that thing real.

This brings us to a question that M* asks:

What You Should Know About the Euthyphro Dilemma

Philosophers call this the Euthyphro dilemma from the dialog by Plato where the challenge first appears.** Plato believed in God and the Good, but modern secularists seem very taken with the problem. They use it to back up their assertion that humans do not need God. Plato himself rejected this view in his last work The Laws.

Suppose for an instant that the Good does exist apart from God, as many Platonists assert. Why does this matter?

Assume God exists (as the dilemma does). God is still Creator, logically prior to the Good. In this case, Goodness would be eternal, but it would exist in a logical dependent relationship to God.  God is still God. We honor the Good, but we only worship God, since the Good is an eternal idea, inaccessible and remote, whilst God became one of us and brought glory and truth to us!

The skeptic who uses the argument assumes that if the Good exists, then the skeptic does not need God in order to become good. However, just as knowing there is light does not bring the light, so knowing there is a Good does not enable me to do it. Knowing is not doing.***

If you know the good, then you might be able to do some good deeds, few Christians doubt that there is a common grace that God has given to all humans to do good, but doing some good is not the problem.

If Christianity is correct, the problem is that we are not what we should be. We are broken at a deep level in our natures and this requires a solution. Humankind can do some good, but we also do a great deal of bad. This is not just a matter of making mistakes: we often choose badly and cannot seem to stop.

God may be one of many eternal beings (like numbers, beauty, or goodness), but that does not make God less unique. He is real, immaterial, and eternal. So is the idea of the Good, but God is personal unlike the Good. Goodness is created, not in time, but out of the being of God: God is, so the Good is. God always is, so the Good always is.

Praise God and may God help us live according to the Good!

Suppose that the Good does not exist apart from God. The Euthyphro dilemma worries that if whatever God does is good, nothing is certainly evil.  Could God do evil and so make it good? Surely that is not true. If God killed for fun, then killing for fun would still be wrong—right?

This is like asking “Can God create a rock so big that God cannot move that rock?” He cannot because God cannot will to do something impossible. Is this a meaningful limit on God’s power?

It is only so if you think Captain Kirk could really have destroyed computers by presenting them with simple logical dilemmas. Kirk might have been able to do so, but only if the original programmers were so stupid they allowed their god machines to work on obviously impossible tasks. Why would God wish to do a thing that God cannot do?

Suppose God just is the Good and we are created in God’s image. If so, then our instinct that torturing people for fun is wrong comes from God. We are a small imitation, often imperfect in our defective state, of God. We can only judge God because we are created like God.

As a result, we imagine how God might will an evil deed and then we might judge God! Yet God cannot will to do what God hates. We have the predisposition to hate those things because we already are created in God’s image. We judge our hypothetical bad “God” by what God made in us. Meanwhile, God wills what He will, because God is Good.

The true Light shines and every other light derives from that Light. When the sun shines, we know the light is coming, but we cannot produce light ourselves. We know about light, but we cannot make the true Light. We can only create small sparks because that is our God-given nature.

God is good. There exists no culture that is tolerable that theists did not create.  These cultures might survive for a few decades when hijacked, but cultural sterility soon destroys those states.

We need the Light that is behind the sun. That Light has come, is here, and will come again.

**The dilemma misses the point on piety that Plato is making, however, as I argue here.

*** In fact, Plato does think knowing means we will do, but he misses weakness of will. We can know, wish to do, and be unable (like an addict). Aristotle improved on Plato by introducing akrasia, if he improved on Plato in few other areas!

****There is a vast literature on the Euthyphro dilemma. Any short answer cannot sum up that discussion. Start here.

June 14, 2017 How to Find God in Every Book---Questions from M
Browse Our Archives
Related posts from Eidos