Lewis among the Evangelicals: Trying to Understand why a Catholic Leaning, Tobacco Smoking, Alcohol Drinking Brit Is So Popular Amongst Evangelicals

Lewis among the Evangelicals: Trying to Understand why a Catholic Leaning, Tobacco Smoking, Alcohol Drinking Brit Is So Popular Amongst Evangelicals October 5, 2016 David Russell Mosley

I’ve been a lover of Lewis since before my proper Christian days. I was reading The Chronicles of Narnia when I was a non-Christian lad in elementary school. When I did finally become a Christian––in the Churches of Christ, the a cappella arm of the Restoration Movement––I started to branch out in my Lewis reading. Before I hit college I had already read most of Lewis’ fiction, Mere Christianity, and several other works. During college I began to read even more. While not, in a very technical sense, evangelical, you could nevertheless call my church and early college upbringing as broadly evangelical. And my love of Lewis was, more or less, influenced by my evangelicalism. Lewis was seen as something of an evangelical hero. His work in apologetics particularly making him popular, and is probably one of the many sources for the wrong-headed opinion that the Chronicles of Narnia are an allegory. Still, as time has gone by, I’ve begun to question the evangelical love for Lewis and many, though certainly not all (or not to the same degree), of the Inklings.

After all, Wheaton College, a prominent evangelical school, has the wonderful Marion E. Wade Center which houses manuscripts, first editions, letters, artefacts and more related to seven authors: George MacDonald, G.K. Chesterton, Owen Barfield,  C.S. Lewis, Dorothy L. Sayers, J.R.R. Tolkien, and Charles Williams. Of these seven authors you have a former Presbyterian minister turned Anglican priest who was also a universality (MacDonald), an Anglican convert to Roman Catholicism (Chesterton), an Anthroposophist/Anglican (Barfield), an Anglican who tended toward the Anglo-Catholic (Lewis), a staunchly Anglo-Catholic (Sayers), a cradle Catholic (Tolkien), and the strangest Anglican (barring Barfield) you’ve ever met (Williams). You don’t have an evangelical in the bunch. Worse, you have two Roman Catholics housed in a collection at a college that fired a professor for becoming Roman Catholic.

What’s worse (to some anyway), Lewis not only had Catholic leaning tendencies, he didn’t fit the description of an Evangelical in his personal life. One of my favorite stories about Lewis comes from Tolkien’s letters. Tolkien writes to his son Christopher:

“Lewis is as energetic and jolly as ever, but getting too much publicity for his or any of our tastes. ‘Peterborough’, usually fairly reasonable, did him the doubtful honour of a peculiarly misrepresentative and asinine paragraph in the Daily Telegraph of Tuesday last. It began ‘Ascetic Lewis’–––!!! I ask you! He put away three pints in a very short session we had this morning, and said he was ‘going short for Lent'” (Letter 56).

Apparently fasting from beer for Lent, meant only having three pints in the morning (and who knows how many more or what other beverages were drunk throughout the day). While there is certainly no fast and strong rule amongst all evangelicals about drinking or smoking (Lewis was a prolific smoker of pipes, cigarettes, and possibly marijuana) there is still at least the sense that these activities if not wrong or sinful in and of themselves are usually not “vices” one wants to promote in any way. Most Christian colleges (the one I attended included) have rules or covenants that prohibit students from partaking of tobacco or alcohol whether they are of legal age or not. And this is not limited simply to on campus, some schools prohibit it for the students period, regardless of where they are. So long as they are students, they are not to partake. I don’t write this to denigrate these rules, which often have understandable justification even if I don’t agree with them. Rather, this is simply to point out that these same schools are often fans of Lewis, promoting his writings, even teaching whole classes on them, and yet when we look at Lewis the man, it seems unlikely he would be accepted in these institutions. I mean consider that neither Chesterton nor Tolkien could teach at Wheaton. So what is it? What is it about the evangelical (and particularly American evangelical) love of Lewis and his ilk while they would reject various aspects of their beliefs, not to mention their actions?

John Milbank and I have briefly discussed this in the past and I want to share, in part, his answer because I think he is onto something. Milbank suggested that part of why American Christians (of various stripes) turn to the Inklings and their project, insofar as we can talk about a united Inklings project, is because our culture is based on the opposite understanding “shared” by Lewis et al. While Europe is still infected by its past Christianity, the symptoms of that infection don’t always allow them to see that the good behaviours and rituals of European life need the metaphysics, the theology that once underpinned them. The United States, on the other hand, is inherently non-religious in its formation. The writings of the Inklings, the romantic feelings many of us have about life in the UK or Europe, so effect us because we are brought up against the opposite of their vision of reality. This makes sense to me. It’s part of why, I think, so many American Baptists are fans of Lewis, despite his drinking. Why so many evangelicals love him, even though they often ignore or forget his ideas that don’t cohere to American evangelicalism.

I have to admit that sometimes it is frustrating for me to see Lewis championed by people who likely would have rejected the man if they met him. It’s worse when proponents of Lewis and Tolkien then look at someone like J. K. Rowling and condemn her for her use of magic. And yet…. I cannot help but wonder if this won’t, ultimately, be good for them. After all, my own transition from “evangelical” to “catholic” was on the one hand facilitated by studying Church history. Yet my imagination was prepared for this precisely by growing up reading the likes of Lewis and Tolkien. It gives me hope for greater unity amongst Christians if we can share the same stories by authors so diverse (and yet so not evangelical) as those housed at the Wade Center. Maybe we can remember to open the doors of our various denominations and remember that they are connected by the same corridor that Lewis called mere Christianity. 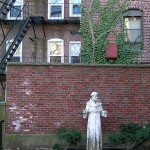 October 4, 2016
Meeting St. Francis in the Boston Common: The Challenge of the Saint's Life
Next Post 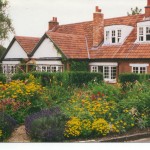 October 6, 2016 Lewis Among the Evangelicals Part 2: Fixing Some Mistakes and Going a Little Deeper
Recent Comments
0 | Leave a Comment
Browse Our Archives
get the latest from
Catholic
Sign up for our newsletter
POPULAR AT PATHEOS Catholic
1

How White Men Lost the Meaning...
suspended in her jar
Related posts from Letters from the Edge of Elfland 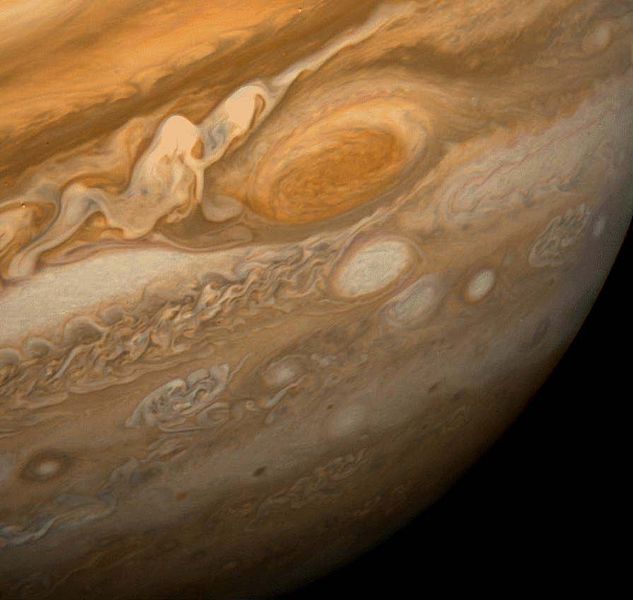 Catholic
A New Speaking Engagement: The Catholic Literature Conference...
Letters from the Edge of Elfland
TRENDING AT PATHEOS Catholic