Around the world, religion is often linked to conservative attitudes. In fact, religion is famous for being socially ossified – the last bastion of the social and sexual mores of the generation-before-last. And if there’s one thing that conservatives also hate, it’s ambiguity

Generally speaking, conservatives see the world in terms of black and white, with clear demarcations between good and evil. They like to be certain in their judgements. Similar, in fact, to many religious world views.

They tested this in four separate studies. These showed that priming with religious words increased polarisation of opinions, the liking for ambiguous images and certainty of judgement. And they also showed that simply being near a church makes people intolerant of ambiguity. 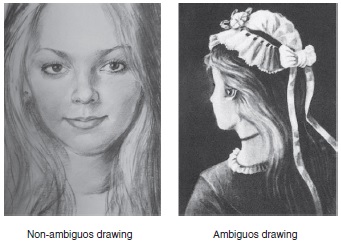 In the first three studies, they used a word game to prime their subjects with the idea of religion. They were told they were taking a word comprehension test, in which they had to complete four-word sentences from a jumble of five words. For example, they were given the words “seven to Tim church went”, from which they could make the sentence “Tim went to church”. In the ‘religion’ group, they have five religious and five non-religious sets to unscramble. In the “control” group, all the sets were non-religious.

In the first study, they found that their subjects (64 people recruited using the Mechanical Turk) were more likely to agree with statements like “There is a right way and a wrong way to do almost everything” if first primed with religion. 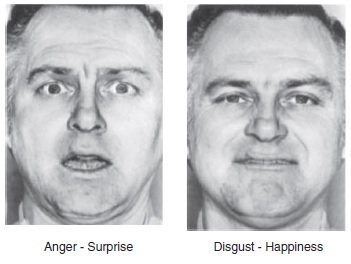 The third study looked at facial expressions. The images you see in the picture are computer generated mixtures of different facial expressions – anger and surprise in the first, disgust and happiness in the second. The 46 subjects were asked what emotions the images were displayed and, critically, how confident they were in their judgement.

You guessed it. The ones who had been primed with religion were more confident in their judgement of what was, in fact, a 50:50 exercise with no right or wrong.

In the last study, they stopped their participants either in a square by a  Cathedral in Innsbruck, Austria, or in a civic square in the same city. They then gave them a survey designed to measure their intolerance of ambiguity by assessing their agreement with statements like “I avoid problems that may have more than one solution.”, “I like ambiguous situations.”, and “Nothing gets accomplished in this world unless you stick to some basic rules.”

The religiosity of the participants was the same in both locations. Even so, those questioned in the Cathedral square were significantly less tolerant of ambiguity.

That reminds me of earlier research showing that people interviewed outside a church were significantly more hostile to foreigners. And other research has shown that locating polling booths in a Church can significantly affect voting choices.

Now, the researchers point out that this study was done on Western Christians (in the USA and Germany). So you might not see the same effects with other faiths in other places.

But this study does hint rather strongly that that the link between conservative attitudes and religion is not a one way street.

June 10, 2013
As race day approaches, Oxford rowers increasingly turn to their faith in science
Next Post