Religion and happiness: maybe it’s not a country-specific effect after all

Religion and happiness: maybe it’s not a country-specific effect after all May 20, 2014 Epiphenom 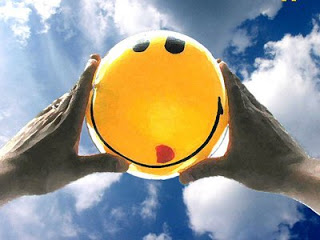 Last week I highlighted a failure to replicate a study on women, fertility and religion. Here’s another study that sought to replicate an earlier one, but didn’t.

Steven Pirutinsky (Columbia University, USA) was interested in a study that I reported on back in 2012. In that study, the researchers found that religious people were only more happy than average in countries where most people were religious. In other words, the effect was culture-dependent.

That earlier study was based on data from internet dating site members. Pirutinsky looked at a more conventional data source – the European Social Survey.

He found a very slight hint of an effect of national culture on the relationship between personal religiosity and life satisfaction, and no relationship at all to happiness or health.

Are these ‘failures to replicate’ evidence of a problem in the way research is done? Possibly. There is increasing concern that many – perhaps the vast majority – of published research can’t be replicated.

It’s a well known problem. The in-house magazine of the Massachusetts General Hospital just ran a really nice article on the problem as seen from a medical perspective. And there’s now a whole organization dedicated to getting funding for researchers to try to replicate key scientific research.

According to a recent paper in Personality and Social Psychology Review, there are a few basic steps that could be taken to reduce the problem:

Specifically, we argue that an inflation of false-positive rates would diminish, sometimes to a substantial degree, when researchers (a) have explicit a priori theoretical hypotheses, (b) include multiple replication studies in a single paper, and (c) collect additional data based on observed results.

But perhaps this is being unfair in this case. As Pirutinsky points out, there undoubdedly is a complex relationship between culture and the personal attributes linked to happiness. It’s just that it’s probably quite nuanced.

These conflicting findings point to the nuanced nature of the religion–health relationship and suggest that this correlation is unlikely to be solely due to social valuation … Thus, while the broader point raised by Gebauer et al. (2012)—that social context matters—is important and under-appreciated, unraveling these complex mediators and moderators requires a contextual approach that carefully explores the particular religious processes relevant to the area under study.

And in fact, other recent research has indeed explored this area and found some support for Gebauer’s hypothesis. Touch wood, I’ll cover that in my next post.

May 27, 2014 When it comes to religions, governmental regulation and social norms affect happiness
Recent Comments
0 | Leave a Comment
Browse Our Archives
get the latest from
Nonreligious
Sign up for our newsletter
POPULAR AT PATHEOS Nonreligious
1