Top 10 News Stories for Evangelicals in 2015

Time continues to fly by as we go about our lives. As another year is left behind us, it is a helpful exercise for us to look back on the trends and events of 2015 so that we may remember, reflect, and resolve for a new year ahead of us. With that goal in mind, I’ve compiled a list of ten notable news items and happenings from this year.

1. Continued Persecution of the Global Church

Although Patheos Evangelical often concerns itself with the church in the West, evangelicals’ hearts still remain with their brethren overseas who suffer under the rod of despotic regimes and the violence of evil men. The grinding oppression of Communist and Islamist regime remains as it has in years past. However, 2015 witnessed several horrific atrocities committed against Christians on account of their faith. Nigerian congregations continued to be hit with attacks from Boko Haram. In February, 21 Coptic Christians were captured and beheaded by ISIL militants, all captured on grisly video. ISIL also carved a bloody swath through some of the most ancient of Christian communities in the Middle East, especially Syria. Evangelicals grieved at the murder of their brothers and sisters in Christ, knowing that these brave martyrs won for themselves an incorruptible crown of glory.

After years of culture warring and bitter political debate, the Supreme Court legalized same-sex marriage across the United States. As powerful corporations, influential media personalities, family, and friends posted rainbows in celebration of the LGBT victory, many American evangelicals noticed the radical shift in cultural attitudes toward marriage, religious tradition, and sexual morality. The days of the Moral Majority and progressive hand-wringing over an American theocracy are long gone. Meanwhile, congregations, denominations, and religious institutions continue to prepare for whatever legal fallout may arise in the court case’s wake. Many evangelical congregants now face anxiety over their jobs as their employers and workplaces have declared themselves openly hostile to biblical sexual mores, which are now labeled as bigotry. As the controversy surrounding Oneness Pentecostal court clerk Kim Davis pointed out, American evangelicals now must think more deeply on the subject of theology, politics, liberty, and human ethics. On the other hand, without a political chip on the proverbial table, LGBT-affirming people and evangelicals have been able to engage in clearer and more constructive lines of communication, clearing up misunderstanding and resentment while possibly opening more ears and eyes to the Gospel. In any case, the days of baptized Americanism are fast coming to a close.

3. Religious “Nones” on the Rise

The Pew Forum on Religion reported that the United States is, on the whole, becoming less religious. Nevertheless, evangelicals retained the most membership of all Christian groups. Indeed, in looking closer at the numbers, many of the nones were the nominal Christians of yesteryear. Christianity is losing its luster of popularity and desirable normalcy.

Culled from the work of Alastair McIntyre and popularized by Eastern Orthodox blogger Rod Dreher, the Benedict Option has been raised as a strategy for dealing with the aforementioned social shifts and their root causes. Packaged as a focused re-engagement of intensive Christian community-building amid a dying culture, it has been criticized as a panicked retreat a la the Fundamentalists. Although the reception of the “Ben Op” was mixed, everyone talked about it.

Speaking of Christian subculture, several prominent scandals within it splashed across national headlines. Tullian Tchividjian engaged in an extramarital affair to the dismay of many. The extramarital affair arrangement site Ashley Madison was hacked to reveal the identities of its subscribers, including Josh Duggar, and viewers, including R. C. Sproul, Jr. Gospel for Asia (GFA) continues to face scrutiny for suspect finances and other untoward activities, many of which had been highlighted by our own Warren Throckmorton.

The evangelical activist heart was stoked once again by revelations from the Center for Medical Progress, which engaged in a sting operation against abortion provider Planned Parenthood. Horrific details and stomach-churning statements had been video recorded and were released to the public week after week, day after day. The evangelical pro-life resolve was strengthened once again. A hearty desire for the care of vulnerable mothers and protection of the unborn poured out across social media and our own blogs here on the evangelical channel.

Evangelicals bore even more grief when white supremacist Dylann Roof visited a Bible study at Emanuel African Methodist Episcopal Church, opening fire upon black attendees. Nine souls were killed in the attack. Roof’s desire to start a race war was soundly defeated by the power of mercy. The entire nation was left breathless as family members of the victims confronted the murderer at his hearing and forgave him. White evangelicals realized their black brothers and sisters had much to teach them in terms of facing hardship, opposition, and evil in a manner worthy of the faith. Just as important, evangelicals made a loud call for solidarity. White evangelicals— particularly in the South—wondered how to best achieve reconciliation for past social sins beyond symbolic acts of lowering the Stars and Bars.

Coming in at the tail end of the year, Larycia Hawkins was suspended by the “evangelical Ivy” Wheaton University for publicly claiming that Muslims and Christians worship the same God. Soon, religious believers across the spectrum were arguing philosophy, theology, and the limits of interreligious dialogue. Some deemed Hawkins’ claim as legitimate; others, not so much.

In the midst of these religious crises and confusions, there issued a call for Christian pastors to think harder and better. The Center for Pastor Theologians encouraged a union of congregational ministry and theological study. The Center held its first conference this year. In addition, other figures encouraged Christian pastors to rise to the occasion on issues in the public square, even as the times have grown increasingly less Christian in the western world.

Just as important to all these events and more were the responses of evangelical statesmen and leaders. Many traditional evangelicals have flocked to the newly appointed head of the Southern Baptist Convention’s Ethics and Religious Liberty Commission, Dr. Russell Moore. Assisted by a dynamic team of fresh evangelical thinkers and communicators, Moore has offered timely and incisive responses to controversies over marriage, race, life, immigration, religious liberty, and the presidential debates. Staunch Republican populists derided Moore’s calm tone and deft avoidance of strident partisanship. Once the butt of jokes regarding entrenched fundamentalism, the SBC has forged a non-reactionary voice of traditional, publically-minded Christianity for Protestants—a posture heretofore dominated by a Roman Catholic presence. The ERLC illustrates that evangelicals are shifting into a “Moral Minority” mode with regard to socio-political issues in burnt-over America. The ERLC is a telling example of a broader trend. Whereas the Washington Post infamously claimed that conservative-leaning evangelicals were “largely poor, uneducated, and easy to command” in 1993, it now admits that evangelicals “are not easily led by their leaders,” indicating a perceived increase in political circumspection and independent thinking.

And thus ends the top ten most important stories as they apply to the evangelical world, at least according to this humble editor. But I would prefer the agenda and majority of attention not be centered on the daily headlines, but on matters eternal.

Despite a somewhat grim year, the Good News remains good. People still come to know the Lord Jesus to be saved from sin and death. Christian parents continue to raise their children in the fear and admonition of the Lord. As one minister quipped to me, “Count up all the baptisms this year. Whatever that number is, it should be our best news.”

*Editorial note: an earlier version of this post incorrectly reported that R. C. Sproul, Jr. was a subscriber to Ashley Madison. 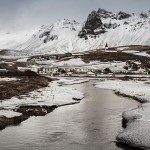