See the Flood destroy the Earth in 3D — but only overseas!

See the Flood destroy the Earth in 3D — but only overseas! February 5, 2014 Peter T. Chattaway 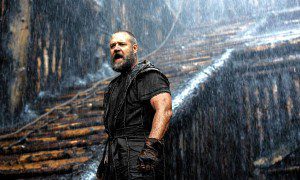 If you didn’t know any better, you might think Paramount was feeling a bit nervous about Noah’s box-office prospects in North America, and was pinning all its hopes (well, a lot of them, anyway) on the film’s foreign prospects. Consider:

Some of the first images from the film were revealed to the public in conjunction with a screening of some footage in Spain. The first poster for the film was tailored for European audiences — with the European logo design and the European tagline and a European website address — and was released over two months before the North American poster. And now, The Hollywood Reporter says Paramount is spending $10 million to convert the film to 3D — but only for certain overseas markets.

The Reporter says the film will be released in 3D “in 65 foreign countries, including Russia, all of South America and most of continental Europe,” where audiences apparently need a little more spectacle, a little more oomph, to justify buying a movie ticket; but the film will be released in regular 2D only in North America, the United Kingdom, France and Australia, where the studio — according to an anonymous “insider” — expects audiences to respond to “the combination of the pedigree of the director and the cast and the dramatic elements of the story.”

The Reporter also offers this update on the alleged sparring between director Darren Aronofsky and the studio over how to deal with the mixed feedback the film has received at test screenings for various different target demographics:

Paramount has been through a challenging process with Aronofsky, an auteur indie filmmaker, testing multiple cuts in an attempt to create a version that will lure the broadest possible audience. After extensive testing, the studio and Aronofsky have reached agreement on a cut, and the film will open in the U.S. on March 28.

While the film appears certain to draw fire from some in the Christian audience who will object to Aronofsky’s take on the story, a Paramount executive says the studio has been encouraged by early tracking in some foreign markets, where the action/adventure elements have strong appeal. About the decision to opt for the 3D version, an insider cites the worldwide performance of Fox’s Life of Pi, which grossed $125 million domestically and $484 million abroad.

It’s certainly true that foreign audiences seem to love 3D. But note the reference to the film being “certain to draw fire” from some Christian audience members. I could be wrong, but I suspect this is a much bigger concern in the U.S. than it is in other territories, and you can almost hear the Paramount executive sighing and accepting this fate and then setting his sights on where the real money is.

Of course, there are Christians overseas who might not care for the film either — just yesterday, I came across a blog post from a Filipino pastor who has read part of the graphic novel based on Aronofsky’s script and doesn’t like what he sees — but I suspect they would represent a much smaller portion of the population over there than they do in the U.S. In any case, wait and see, and all that.

One thing seems certain, at least: Paramount certainly wouldn’t want a situation like what happened with Evan Almighty (2007), which also gave an environmentalist spin to the Noah’s Ark story and not only failed to make its money back, but grossed considerably less overseas than it did in North America. Of course, comedy doesn’t always translate overseas as well as action-oriented fantasies do, so Noah has the edge there, at least (remember the extra violence in the international trailer?).

Still, if Paramount’s going to go to all the trouble and expense of converting the film to 3D, it wouldn’t be that hard to release it that way in France and the English-speaking territories, too. I can only speculate that the studio figures this might be one of those really bad rush jobs, like the one that was performed on Clash of the Titans (2010), and they want to avoid any bad publicity in those markets — but they figure the really foreign audiences just won’t care. That’s just a guess on my part, though.

Incidentally, if you’re reading this after midnight (i.e. on February 6), there are now exactly 50 days until the film’s release date. Fifty days until we see what all the fuss these last few years has been about. (And then, presumably, a few more months until we get to see the “director’s cut” or at least some deleted scenes on DVD.)

February 6 update: Speaking of the international market, here’s a new poster for the film courtesy of Empire. And no, it says nothing about the 3D: 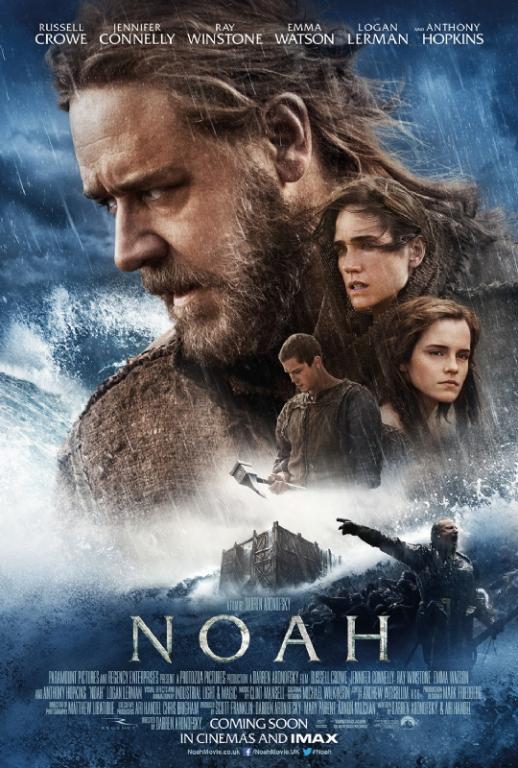 February 5, 2014
Joseph and the amazing Technicolor animated film
Next Post