Between humanity and God: the violence of Noah 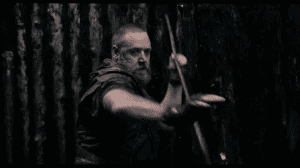 With the actual film due to come out in just a couple weeks — indeed, it had its world premiere just two nights ago — you might think that people would be less inclined to dwell on that early draft of the Noah screenplay that leaked a couple years ago and wait for the finished film.

But no. Today, The Wrap posted a review of the script by Daniel L. Smith-Christopher, and it covers much of the same territory that has been covered by other early critics of the script. (Among other things, he assumes, as others have, that the film endorses rather than critiques the main character’s environmental extremism.)

He does make one point, however, that is worth pondering. To wit:

I deeply resent Noah presented as a military fighter rather than as a man of peace. Come on! Here is a story where God regrets how violent humanity is, and they have to make Noah a martial-arts expert?

. . . my main concern about the Noah film is its ambiguity with regard to human violence when that seems to be a major element of the original narrative. Why can’t Noah have been a peacemaker in direct contrast to human violence? Isn’t that implied by saving him, when the rest of humanity grieved God because of its violence?

One could defend this artistic choice in a number of ways.

For one thing, as Smith-Christopher himself notes, movies in general these days tend to have violent “action” sequences and to turn their protagonists into violent “action” heroes. (See also Ridley Scott’s Exodus, which will reportedly show Moses and his men attacking the Egyptians on horseback during the Red Sea crossing.) For some, that would not be a defense of Noah, per se — as Smith-Christopher puts it, “The notion that modern films need such violent ‘action sequences’ is itself part of the problem, now, isn’t it?” — but it does at least provide some context.

One could also argue that, if the other men of Noah’s day are exceedingly violent, then Noah might need to be a little violent himself just for self-defense.

But I think the violence of Noah raises an interesting thematic issue, too. The human beings of Noah’s day are violent: that is why they must die. But God’s response is, itself, an act of violence: instead of simply wishing them away or having them die peacefully in their sleep (à la the way the plague of the firstborn strikes in The Prince of Egypt), he drowns them, essentially choking them to death on water, which I have always imagined would be one of the worst ways to go — and, as represented in this film (based on the passage which says “all the springs of the great deep burst forth”), he also sends massive waves crashing against them like a giant tsumami.

So if you were Noah, and living through these events, how would you interpret them? Would you think that you had to choose between violence and peace? Or would you think that violence of some sort was a given, and it was all a question of whose side you were on or the ultimate goal behind any given act of violence?

Keep in mind, too, that Darren Aronofsky’s film draws on a number of Jewish legends concerning Noah and his ancestors that also contain heroic, violent elements. Co-writer Ari Handel, for example, has cited one midrashic story in which Methuselah slew thousands of demons with a sword that had the name of God engraved on it.

So if you’re going to judge what the film is doing, you can’t just compare it to the four chapters about Noah in the book of Genesis. You have to take into account the way the story has been interpreted through centuries of Jewish folklore and tradition.

And that, in fact, is one of the things I have enjoyed most during the run-up to this film’s release: namely, the way the film has introduced me to all sorts of stories that I had little or no idea about before. (For one thing, I finally got around to reading the Book of Enoch, and was struck by all the “son of man” talk in there and what it might mean for interpreting certain New Testament passages.) The film might take these stories in directions that the original authors never imagined, but even so, there’s a learning opportunity here for those who are willing to learn a thing or two.

As for the question of whether the finished film will make Noah the action hero that he was in that early script… well, the North American trailers may have downplayed this side of the movie, but it has been quite prominent in the international trailers:

First, from an earlier point in the film (you can tell by the hair), Noah fights some guys — possibly the “poachers” that Smith-Christopher describes: 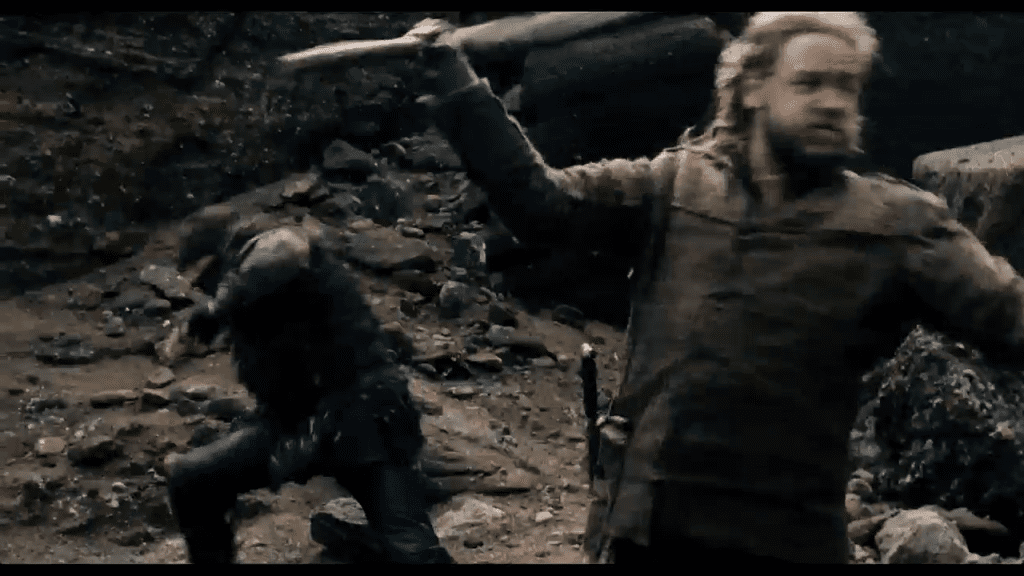 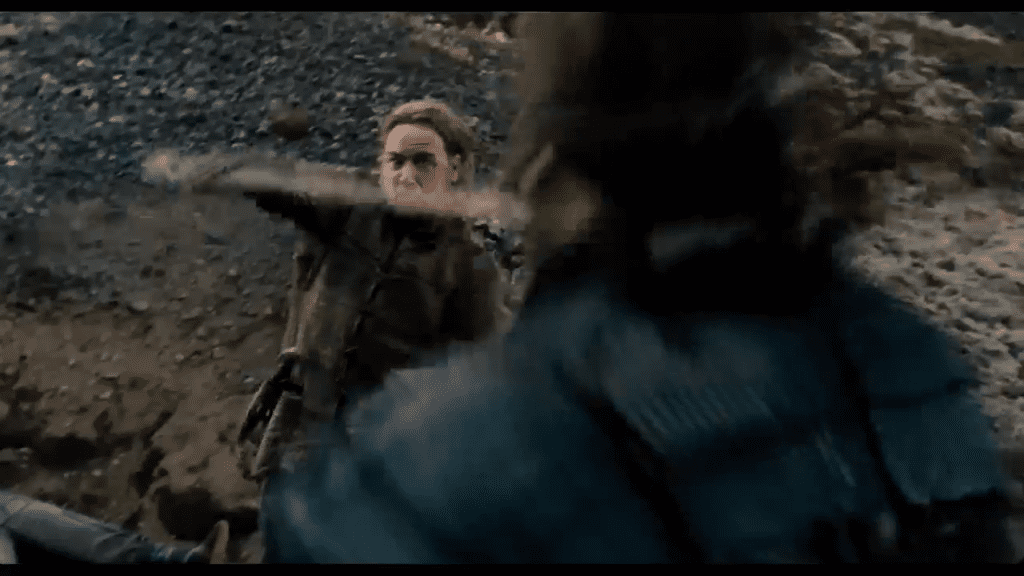 Later in the film, Noah defends the Ark by throwing spears… 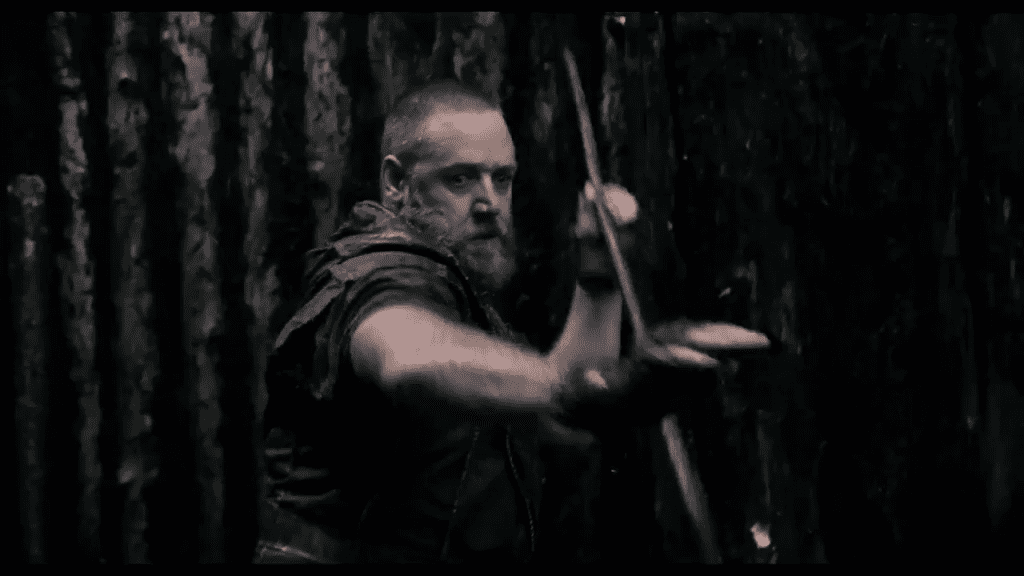 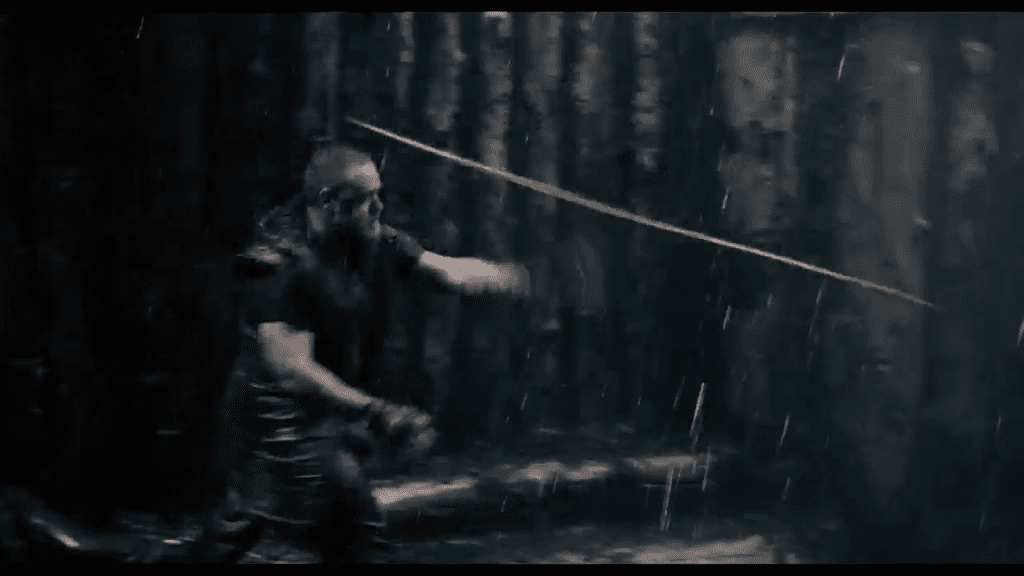 …and, it seems, by cutting someone’s throat: 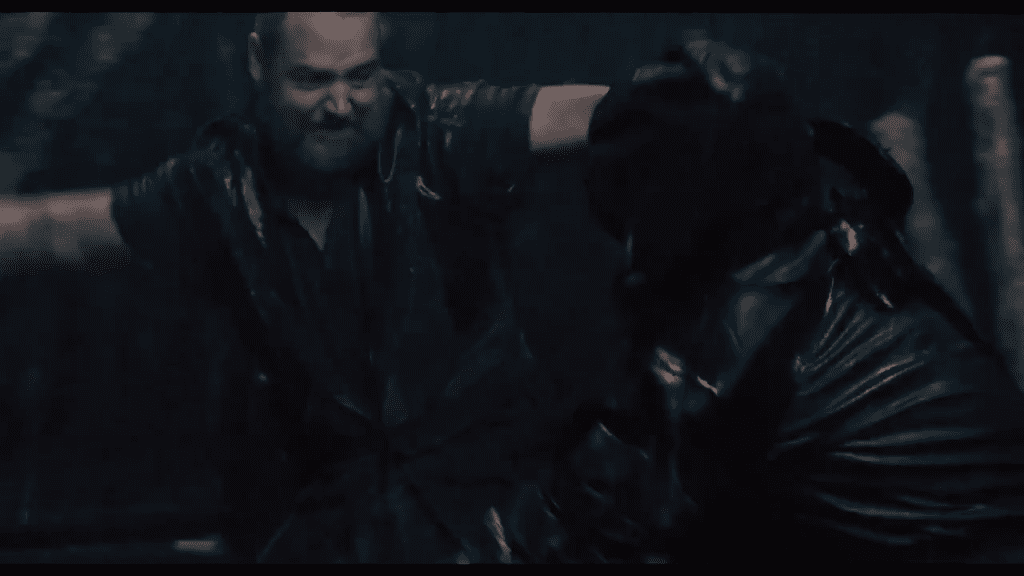 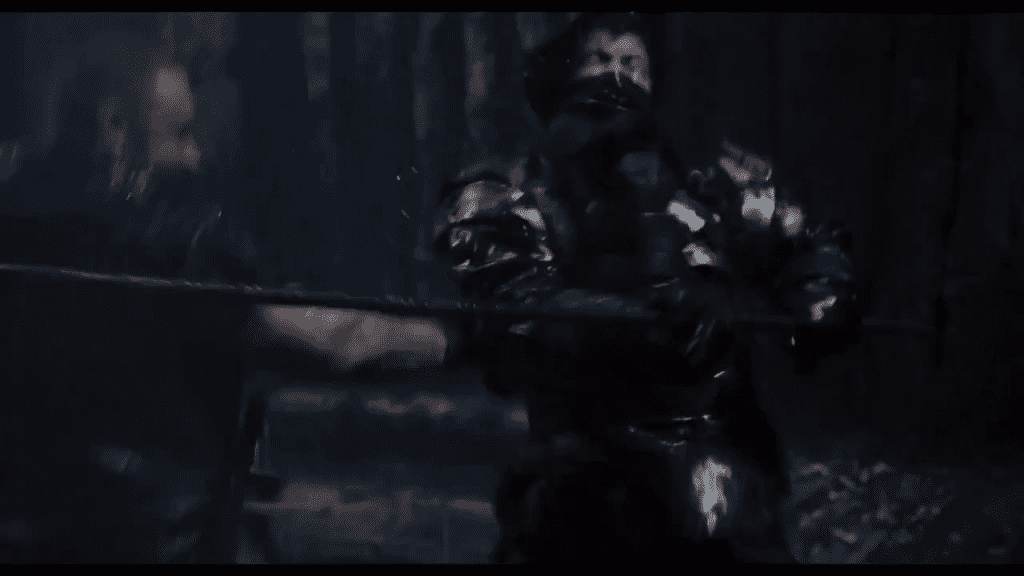 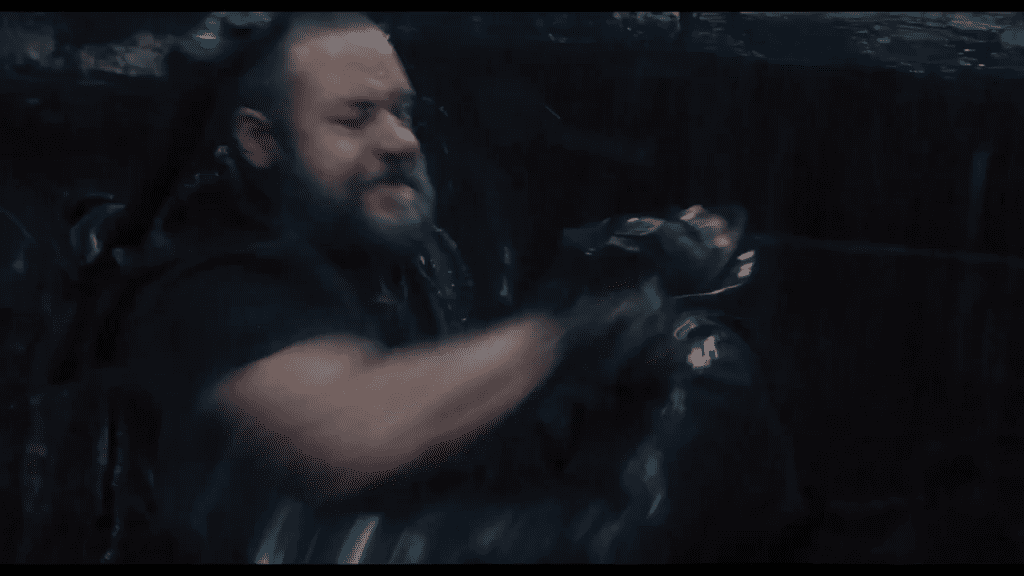 So there is certainly violence in this film, and some of it is committed by Noah himself. And one of the questions that may hang over the film is when, and to what extent, the violence committed by Noah reflects his status as an agent of divine wrath and when it reflects the fallenness that he shares with all of the humans who die in the Flood.

March 11, 2014
Noah gets mixed to positive reactions in Mexico City
Next Post