Paul, Apostle of Christ gets a (slightly) new release date

Sony Pictures announced this week that Paul, Apostle of Christ — the first-century drama starring Jim Caviezel as Luke and James Faulkner as Paul — will be opening across North America on March 23, instead of the previously announced March 28.

Sony did not offer any reason for this change, to my knowledge, but the new release date now means that the three “faith-based” films coming out in March are more evenly spaced: Paul, Apostle of Christ is now coming out one week after I Can Only Imagine (March 16) and one week before God’s Not Dead: A Light in the Darkness (March 30).

Paul’s new opening weekend is looking pretty crowded in other ways, though. Four other films are set to go into wide release March 23: the sci-fi action flick Pacifim Rim Uprising, the romance Midnight Sun, the animated Sherlock Gnomes and the thriller Unsane.

Affirm Films, Sony’s “faith-based” division, has uploaded new versions of the trailer and featurettes that were already out there, with the new release date attached:

They also posted this video of Faulkner reading a passage from one of Paul’s epistles: 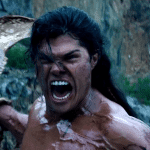 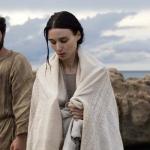 February 15, 2018 Watch: Mary Magdalene (and Jesus) challenge conventional thinking in second international trailer for Mary Magdalene
Recent Comments
0 | Leave a Comment
"What about Hellboy, The Grudge, Ghoulies, and Anaconda?"
45th Spiderbob Group VGCP When R-rated franchises go PG-13 …
"Not yet, but I might do something like that once Season 2 is complete."
Peter T Chattaway The Chosen — season one scripture ..."
"Is there a PDF or printable version of this extensive list? I would love to ..."
Liza The Chosen — season one scripture ..."
"What a strange article. Using movies as your basis to defend that Lazarus was murdered ..."
Mark Ross DeFazio The death, resurrection, and second death ..."
Browse Our Archives
get the latest from
FilmChat
Sign up for our newsletter
POPULAR AT PATHEOS Entertainment
1