With the film’s world premiere at the Dublin International Film Festival less than two weeks away, the makers of Mary Magdalene have released a new trailer that quotes a few positive reviews of the film and includes a bit of new footage, to boot.

Here is the trailer, which is only about a minute long:

Note how the trailer begins with Mary rejecting her family’s insistence that she become a mother. We do know that at least one of the women who followed Jesus on his journeys was married (i.e. Joanna), and it seems that Jesus actually encouraged his male followers to leave their spouses, at least during his ministry (cf. Matthew 19:29, Luke 18:29-30), so it’s not impossible that the historical Mary Magdalene was married too — but the movie Magdalene’s rejection of regular domestic life would certainly fit with the way Jesus and others rejected it too. (I am actually curious to see whether the film will develop Mary Magdalene’s views on motherhood any further when she meets Jesus’ mother.)

Beyond that, the trailer also shows Mary Magdalene resisting the idea that the followers of Jesus should be “soldiers”. And, of course, we get a glimpse of Jesus “cleansing” the Temple and declaring that commerce should not be part of worship there.

It does not currently have a North American release date. 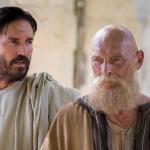 February 15, 2018
Paul, Apostle of Christ gets a (slightly) new release date
Next Post 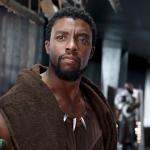 February 16, 2018 Quick takes: Samson (dir. Bruce Macdonald, 2018) / Black Panther (dir. Ryan Coogler, 2018)
Recent Comments
0 | Leave a Comment
"Not yet, but I might do something like that once Season 2 is complete."
Peter T Chattaway The Chosen — season one scripture ..."
"Is there a PDF or printable version of this extensive list? I would love to ..."
Liza The Chosen — season one scripture ..."
"What a strange article. Using movies as your basis to defend that Lazarus was murdered ..."
Mark Ross DeFazio The death, resurrection, and second death ..."
"Another with Ethiopian eunuch and Philip https://archive.org/details..."
Jason McKahan Watch: Philip is the original vanishing ..."
Browse Our Archives
get the latest from
FilmChat
Sign up for our newsletter
POPULAR AT PATHEOS Entertainment
1