Is Calling Someone “Cis-Het” Derogatory?

Is Calling Someone “Cis-Het” Derogatory? May 31, 2016 Jeana Jorgensen

In the sex ed, sexuality advocacy, and feminist circles I move in, the descriptor “cis-het” is becoming increasingly prominent. I have mixed feelings about it, and here’s why.

“Cis-het” is a combined word that means “cisgender and heterosexual.” If you haven’t run into cisgender before, it means identifying with the gender you were assigned at birth. So if you were gendered or sexed male as a baby, and you now identify as a boy or man, you’d be cisgender (same with being sexed female, and subsequently identifying as a girl or woman). I believe the term cisgender is useful because it calls attention to not only how binary gender is a fiction, but also how the default assumption being that people “should” identify with the gender correlating to their bits at birth is also a social construct. Being trans or genderqueer or agender only seems weird when we’ve established that the norm is to stick with what you’ve been assigned (somewhat arbitrarily, might I add).

When you put cisgender and heterosexual together, you get cis-het: someone whose life experience has been dominated by partaking in two normative identities when it comes to gender identity and sexual orientation. You get someone who’s lived their life with those two settings on default mode… which isn’t a bad thing, just a thing that means you have a bunch in common with the cultural majority, and that you probably haven’t faced oppression for your gender identity or sexuality alone (though of course, you may have faced oppression based on other identity factors, which may or may not overlap with these ones… thanks, intersectionality!).

As a descriptor, I think cis-het can be useful shorthand for denoting what someone’s life experience has been in these areas. It doesn’t tell you much else about them, though, like how their religious views impact their gender and sexuality, or their economic and social class, or ethnicity, and so on.

However, I sometimes see folks in the sex-positive community using cis-het as… almost an insult? I’ve seen people joking about throwing parties and hosting sex-pos events that exclude cis-het folks (particularly cis-het men), and sometimes, yeah, I get it. You don’t want to be mansplained about your own oppression. You don’t want folks with unquestioned privilege walking in and mucking up your safe space. There are times when I’m sick of educating on a Feminism 101 level and really want to dig into the deep stuff with my peers who already “get it.” Since so much of mainstream culture is already dominated by the viewpoints of, and comfortable for, cis-het folks, it makes sense to carve out alternative spaces where cis-het people either have to take a back seat and listen to the experiences of others, or be excluded entirely (I think there should still be some events where they’re welcome, in the spirit of building an inclusive sex-positive movement, though).

I don’t believe that people should be put down on account of their gender identity or sexual orientation, so using cis-het as a slur doesn’t sit well with me. At the same time, I understand feeling like they’ve dominated so much social space, thus wanting to have your own space free of their voices.

So what’s the balance between using cis-het as a descriptive term, and using it as an insulting one? (as in, those cis-het folks don’t understand what gender- or sexuality-based oppression truly looks and feels like?) What’s the line between wanting a space for folks who aren’t cis-het to be truly front and center for once, and being outright discriminatory against cis-het folks?

I’ll admit, at that last phrase part of me is thinking, boo hoo, cry me a river, if you’re part of a dominant cultural majority then being excluded from the occasional gathering shouldn’t be classified as something that actually “hurts” you. But I’m also trying to be sympathetic to the pain of exclusion, which can emotionally hurt.

In sum, words are useful to describe our experiences, but also risk being over-generalizations. I think “cis-het” has its useful moments, but I’m wary of its potential to be used against people (at the same time that I get sick of typical cis-het bullshit/behavior and want to call it out when I see it). What do you all think? 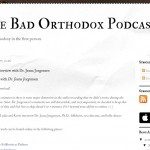