Dick Cheney is the White Witch of Narnia (and so is any Christian who agrees with him on torture) December 15, 2014 Jonathan Ryan

Every other weekend, I drive from South Bend to St. Louis to be with the Hooligans (my kids). It’s a long drive and I listen to audiobooks to pass the time. A friend let me borrow her Chronicles of Narnia series by C.S. Lewis and this past weekend I listened to The Magician’s Nephew.

The sixth book in Lewis’ series (or the first, depending on which numbering system you prefer) is Narnia’s creation story. The tale shows us how Aslan (Lewis’ stand in for Jesus) created the magical world and how the White Witch of A Lion, The Witch and The Wardrobe entered the story. For those who haven’t read the Narnia series, the White Witch subjects Narnia to hundreds of years of cruel oppression through her gross abuse of power.

Digory (the Professor Kirk of A Lion, Witch and the Wardrobe) visits the desolate world of Charn and inadvertently releases the White Witch from her imprisonment through the self-centered bullying of his friend Polly. His “small” sin ends up wrecking havoc in many worlds.

As they walk through the ruins of Charn, The Empress Jadis (the White Witch’s real name) tells the children how she destroyed her whole world through the use of the “Deplorable Word” just because her power and safety were threatened. She says to Digory,

“You must learn, child, that what would be wrong for you or for any of the common people is not wrong in a great Queen such as I. The weight of the world is on our shoulders. We must be freed from all rules. Ours is a high and lonely destiny.” 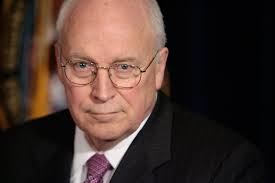 When I heard that, I almost drove my car off the road. Earlier in the day I heard the interview former Vice President Dick Cheney gave to Chuck Todd on Meet the Press. Essentially, he says its okay to torture innocent, as well as the “Bad” people, as long as we prevent further terrorist attacks. He told Todd that its okay to force feed prisoners through their anus, even though there are no medical reasons for doing so. He argues that the CIA is basically above the Constitution because of 9/11. He boldly states its okay to violate international treaties because the people are “terrorists,” and have “no rights.”

As bad as that is to hear from a former leader of our country, it’s even worse to hear it from the mouths of Christians on social media. In my struggle to put my objections into words, I’m going to rely on the Catholic Church’s teaching on torture.

First, the U.S. Bishops weighed in:

“The acts of torture described in the Senate Intelligence Committee’s report violated the God-given human dignity inherent in all people and were unequivocally wrong. Congress and the president should act to strengthen the legal prohibitions against torture and to ensure that this never happens again.”

They quote the official Catechism of the Church:

Torture which uses physical or moral violence to extract confessions, punish the guilty, frighten opponents or satisfy hatred is contrary to respect for the person and for human dignity (2297)

There is no wiggle room here. The Bishops are building on very Biblical ideas, so Protestants, you’re not immune. There are NO circumstances where torture should ever be condoned, practiced, or advocated by Christians. It is inherently evil. Just like rape. Just like killing babies. Just like stealing from the poor. Just like the racism displayed in the reactions to the whole Ferguson issue.

The arguments to support torture are not Christian. They are the words of Emperor Jadis, the White Witch.  Anyone who buys into them considers themselves above the Bible, above the Church, above God’s Law and therefore above God Himself. On a much lesser scale, they consider themselves above the Constitution of the United States. Supposedly, according to Cheney, they do so to keep people safe.

When we start debasing ourselves through the use of torture, we become no better than those who seek to do us harm. Actually, we become worse. We embrace the darkness and use the tactics of darkness to justify supposedly righteous ends. Like the White Witch of Narnia, we seek to control, oppress, and frighten people into submission “for their own good.”

Keeping people safe is a good thing. We must protect the innocent. I’m not naïve or a pacifist. However, in our rush to prevent another 9/11, we’ve all listened to the evil lies of the White Witch (and Dick Cheney) and not the tradition of the Judeo-Christian faith. It is the worst possible illustration of civil religion gone horribly wrong.

So, any Christians who agree with Dick Cheney, I call you to repentance. I call you to publicly denounce torture. Untwist your sinful logic. We must love our country (as God calls us to do) by calling it to it’s better ideals and its better self. We must call the country to remember our Constitution, remember why we were founded in the first place. We must stop embracing the tactics of the White Witch.

Or our message of the Good News of Advent will rightly be mocked and scorned. 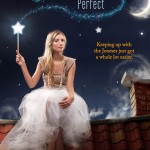 December 1, 2014
PIXIE PERFECT - the "wizarding world" meets It's a Wonderful Life
Next Post

December 17, 2014 My Three Favorite Cartoon Episodes of 2014
Recent Comments
0 | Leave a Comment
""I must confess, I HATE Christian radio. There are always exceptions, but more than ever, ..."
Krysia Berdinski DeGraaf Christian Music’s Authenticity Problem (or How ..."
"That's right my man. (Sorry to resurrect an old article) but it's still true. It ..."
▌Đeparture ▌ Christian Music’s Authenticity Problem (or How ..."
"We both share the same dilemma. We embrace our understandings of the Gospel and, therefore, ..."
JOB2001 Why Reformation Day is Dumb…
"Sorry for jumping to conclusions without knowing you! Regarding your dear aunt's fear, one should ..."
Truth Why Reformation Day is Dumb…
Browse Our Archives
get the latest from
Entertainment
Sign up for our newsletter
POPULAR AT PATHEOS Entertainment
1