Taking on Scott Farkus: Standing up to Your Bullies.

Taking on Scott Farkus: Standing up to Your Bullies. January 6, 2015 jojoschaffer 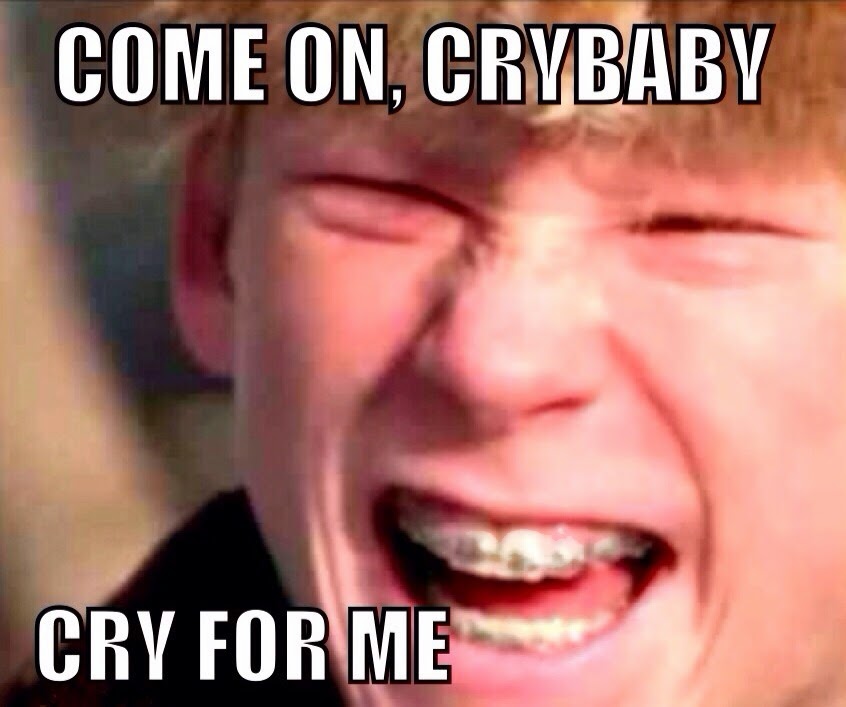 In writing my YA novel, Against Her Will, I had to immerse myself in some sad realities. The story follows the struggles of teens in a psych ward who battle their inner demons in a place where not everything that happens is for their own good. As a nurse in a facility, co-author, Serita Stevens, has witnessed the sometimes horrific outcome when young people have been the victims of mistreatment. The book has strong themes about bullying and the dire consequences it can have.

In writing this, Serita and I wanted to show the ways abuse affects teens both outside and within the system built to help them. In the psych ward, kids are often treated as throwaways, by burned out staff, whose main concern is to control rather than to heal them. Many of the teens who end up there have already been abused, neglected or betrayed at home or school. 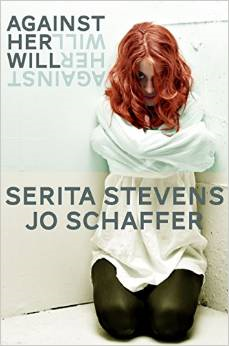 The main characters have all experienced different forms of bullying. Cassidy, from a wealthy home, has parents who have no time to show her love. Their primary concern is that she upholds the proper image. Her parents manipulate and shame her until Cassidy acts out and makes a string of bad decisions. Rather than rallying around their troubled, but otherwise healthy child, her parents have her locked up. Tony comes from serious domestic violence which has left him feeling powerless so he turns to pyromania to feel in control. Gina, is a defiant trouble maker who becomes a bully herself after enduring a childhood in the foster care system, in and out of unsafe homes. Erin, the anorexic, was horribly bullied and humiliated by peers from school and controlled by her perfectionist mother. They all play off one another within the walls of Oakdale where unfortunately, some things only get worse.   (pre-order on Amazon). An official launch and book signing will happen at Teen Author Boot Camp on April 11th where I will relay the message to the hundreds of teens who attend that bullying is not a game.

* Suicide is the third leading cause of death among young people, resulting in about 4,400 deaths per year, according to the CDC.

Cyber bullying has taken things to another level because a child can be harassed, humiliated and made fun of at all hours. Running away is no longer an option.  Abuse can be constantly served up to them on their own handheld device and spread across social media at an alarming rate. It leaves the victims feeling hunted and unable to escape.

Bullying doesn’t only affect young people. We are all affected, whether we have been personally persecuted or not. Recently, I dealt with my own young, special needs son being bullied at school and I’m not sure which one of us was more upset. As a mother, when my child hurts, I hurt.

There will always be people who are different than us and who have a problem with that. Whether it be the kids at school, our peers, a parent, a boss, a spouse, or other romantic partner, bullying is painful.

Bullying is a growing problem in our society where beauty, materialism and celebrity reign. People seem to be having a hard time playing nice. Even the “politically correct” movement seems to have backfired. Rather than protecting us or encouraging tolerance it has given us new ways to control, censure and bully people who are different. Our beautiful diversity in religion, lifestyle, and race has been reduced to labels that only serve to divide us. It happens on all sides and nobody is exempt. I was reminded of this again during the Holidays when there are always stories of religious intolerance. (Take down that decoration—it offends me because it represents your beliefs and not mine!) Make no mistake, this is a form of bullying and it is sadly, often catered to. Shouldn’t we have progressed enough by now that these differences, whatever they may be, would not throw us into such a flurry?

Bullying on a grand scale takes the form of a benign or aggressive dictator, ruling in fear and with supreme control. I recently watched a documentary on 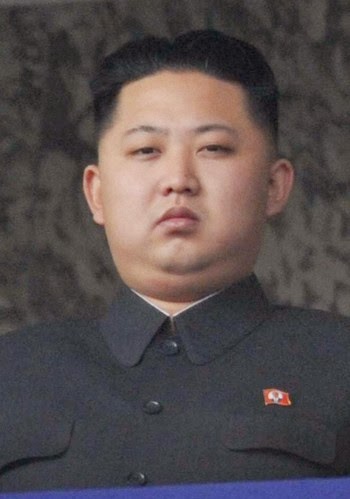 North Korea that made me ill. The way the people scrape and bow, crying with “gratitude” when they speak of their beloved oppressor is disturbing. They clearly fear his disapproval and the consequences of his displeasure to the point that they pray to him. It’s a chilling form of worship.

On a smaller scale, bullying takes many forms from stonewalling or withholding affection and approval, to criticizing, demeaning and physical aggression. Almost always it’s about control and manipulation. A lot of people find themselves ensnared in an abusive relationship without realizing they are being terrorized, because a bully isn’t just the scary kid at school who beats you up for your lunch money or the mean popular girl who publicly shames you for wearing last years’ fashions. Bullies can be in a position of trust or a person whom we should be able to count on for fair treatment.

Some bullies are hard to pinpoint because they seem nice and have done so many things for their victim. This is often the case when a parent is causing the problems.  Beware of a person if their sticky sweetness becomes, harsh and punitive when you fail to meet their needs or expectations. No matter who the bully may be in your life, you can choose to say “No”. When they threaten and demean you, or try to scare you into compliance–no carrot they dangle or consequence they may bring down on you is reason to allow the continued damage to your core self.

In researching bullying and abuser behavior these personality traits and behaviors were mentioned over and over:

*Jealousy (threatened by success of others, resentful of your other relationships etc)

*Controlling Behavior (everything from who your friends are, what you’re allowed to say or the micromanaging of a tyrant boss)

*Unrealistic expectations (you’d better not mess up ever!)

*Isolation (want you to themselves, resent other people or things in your life that may take precedence, gatekeeping)

*Blame-shifting for their problems

*Blame-shifting for their feelings

Not all of these have to be true to mean you have an abuser in your life. If you wonder if you’re being bullied or are in an abusive relationship, consider these points: A bully wants you to kiss their behind and obey them without challenge. They want you to question your own worthiness, they want to feed your paranoia that you deserve what you get and everyone thinks badly of you (This is possibly most apparent in abusive relationships where a partner tries to convince you that you are nothing without them and nobody else could ever see any value in you).

“You’re lucky I put up with you,” is not something somebody who is loving and trustworthy says. Disagreements and arguments are normal parts of life but an abuser will yell, scream and hurl stinging remarks. Even if they don’t raise their voice their words will be mean or punishing rather than an attempt to find agreement and understanding. A bully can rarely apologize, but when they do it is an insincere manipulation because they want something or fear losing control.

If there is somebody in your life who is toxic in this way, reach out for the support of good friends and get help if you need it. Get out while you can. Leave that person behind with a heart full of forgiveness. If it is a family member or somebody you cannot cut loose for some other reason, draw strong boundaries and do not give power to that person. Let them throw a tantrum but hold your head high. Their behavior is not your responsibility.

On the other hand… if you read this and are self-aware enough to see too much of yourself in the list, you might want to get some help so you don’t burn all of your bridges. Be aware you are in an unhappy pattern that will only bring a stormy life and ultimately end in loneliness. It’s really no way to live to have all your relationships go bad, wondering if you can ever be loved. In the end, a bully is always somebody who feels worthless. You aren’t worthless. You can find happiness another way besides owning and controlling other people. You’ll never find true love that way.

Wise teachers in all cultures agree that real love is: Patient, kind, not envious, not prideful, doesn’t put itself first, is not easily provoked or offended, does not think evil and negatively, is full of hope. This is something worth fighting for—both to have and to give.

Despite the heavier themes in Against Her Will, the prevailing message is that of hope. There is hope for the oppressed and even the oppressor. When people own their life and decide to live consciously no matter what anyone else does, they will become empowered. I believe in the healing power of real love, humility and forgiveness. In the end, our will is something nobody can truly control but us.

As wisely and beautifully said by Holocaust survivor, Viktor Frankl:

“Everything can be taken from a man but one thing: the last of the human freedoms … to choose one’s own way…The one thing you can’t take away from me is the way I choose to respond to what you do to me. The last of one’s freedoms is to choose one’s attitude in any given circumstance.”

January 7, 2015 If Your God Doesn't have a Sense of Humor, He's Not Worth Serving.
Recent Comments
0 | Leave a Comment
Browse Our Archives
get the latest from
Entertainment
Sign up for our newsletter
POPULAR AT PATHEOS Entertainment
1