The Cranach Reader Who Predicted COVID-19 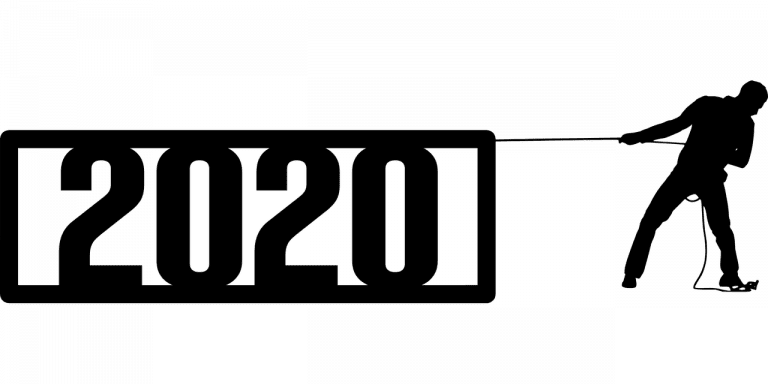 Friends, I am happy and dumbfounded to announce that we have a clear winner in our predict-what-will-happen-in-2020  contest: a reader who predicted COVID-19!

This time last year, in those relatively care-free but unappreciated days of 2019, BernankeIsGlutenFree predicted that this would happen:

A “new” infectious disease originating in Asia or Africa will kill at least 150 people in North America and/or Europe before being contained (think SARS).

Well, 330,000 deaths is “at least 150.” The disease is not contained, as of now, though vaccines have been developed and are being administered this year, showing promise of getting it contained.  And he was correct both in identifying its origin in Asia and in relating the disease to SARS, to which COVID-19 is closely related.

BernankeIsGlutenFree anticipated an event that took the world by surprise, one which has had a monumental global impact on both individuals and whole societies.  I count this as a truly great prediction.

I don’t think anyone could dispute that.  And yet, we must address some technicalities.  This prediction was not at first made on the official New Year’s Day post in which we conducted the contest, namely, Your Predictions for 2020.  Rather, he made it on the post the day after Christmas in which I announced the contest, Looking Forward, Looking Back.   He did, however, two months ago, post on the correct site a link to his incorrectly placed prediction, no doubt thinking that he had a really, really good chance.  I confirmed the date of his original prediction and since there was no rule on how late predictions could be posted (since I knew I could see the dates and rule out any predictions made after the fact), I declare that his was a valid contest entry.

The winning predictions will be those that are specific and surprising, the kind that will make us wonder, “How did anyone possibly know that?”  I learned a term for what we will be looking for: a black swan, defined as “an event which is extremely rare and unexpected but has very significant consequences.”

BernankeIsGlutenFree is generally a contrarian voice here on the Cranach blog.  He tends to disagree with just about everything I say and with most of everyone else’s comments.  I am so glad I didn’t ban him, as some of you have urged me to!  Far from being a troll–a being identifiable by obscenity and snark–his responses tend to be thoughtful and interesting.  I appreciate that he frequents and participates in a site that does not just echo what he already believes in.  In that, he is a lesson to us all.

I said that if anyone predicted COVID-19–being sure that no one would–I would name the award in his or her honor.  So I christen the virtual trophy for the best prediction of the coming year, which comes with no tangible prize, the Gluten Free Award!

Tomorrow, bring your predictions for 2021 and we will compete for the 2021 Gluten Free prize!

Having named the winner first for his extraordinary prediction, let me say a little about some of the other predictions and pass out some Honorable Mentions.  There were actually some other pretty good prognostications.

That 2020 was an election year elicited some interesting predictions.  SKJam! said, “the Democratic candidate narrowly wins the presidential election, scoring much higher in the popular vote but only scraping by on the electoral vote.”  Mike Donahue said, “Trump gets re-elected after Democrats pick Biden who runs with Harris, who clearly don’t like each other.”  But nobody–not even BernankeIsGlutenFree–predicted that a sizable segment of the electorate would disagree about which of those statements is correct!

Sam Hamilton predicted that Justice Ginsburg, Kirk Douglas, and Olivia DeHaviland would die.  But since the latter two turned 103, that prediction is not as impressive as it sounds.

Three individuals earn Honorable Mention for making multiple accurate forecasts.  (“Honorable Mention” is too weak a description for what they accomplished.  Maybe we could call these “Low Carb Awards.”)

SAL predicted China’s crackdown on Hong Kong, including sending troops to suppress that city-state’s aspirations for freedom.  He also correctly said that the election would intensify the controversy over censorship and bias in social media, as well as raising legal questions about whether social media sites should be considered as “platforms” open to all, or “publishers” that can be held liable for their content (the issue that prompted President Trump’s year end veto of the Defense Bill).  He also gave a straightforward summary of the election results:  “Trump loses election but Republicans gain House seats and hold the Senate.”  He also predicted that we would be hearing proposals for secession–that is, for states to secede from the union–a shocking phenomenon that is, in fact, happening in the aftermath of the election, as some who just a few weeks ago wanted to make America great again now want to destroy America.

Setapart referred to the unusually bad wildfires in Australia–not actually a prediction since the fires were already raging in December and January–as “a fire season that is bringing much of the proud, affluent, unbelievably privileged nation to its knees.”  Maybe it did, but Australia is not on its knees when it comes to its surprisingly vigorous defiance of its dangerous neighbor and trading customer China.  Setapart predicted that 2020 would be, if not the hottest year on record, among the top five.  Actually, according to what I found, it has virtually tied with 2015 for that honor, with some scientists saying 2020 would turn out to be the hottest, once all of the data is in.  She also predicted that Australia’s conservative Cardinal George Pell, who had been convicted of sexually assaulting some altar boys on incredibly questionable evidence, would be cleared by Australia’s highest court, which did, indeed, happen.  (I assume Setapart, like a significant branch of my progeny, is Australian, exemplifying what I have pointed out that globally, conservative Christians do not necessarily follow the conservative party line on other issues, as is usually the case with American Christians.  Thus, Setapart’s favorite themes in her commenting about her concern for climate change, gun control, and other ostensibly “liberal” positions are not at all unusual, nor do they conflict with her equally obvious Christian convictions. We American Christian conservatives are the unusual ones.)

SKJam! also made some good predictions and qualifies for our Low Carb consolation prize.  Not only did he forecast the outcome of the election, as noted above, he said that “Christianity Today is declared ‘controversial’ by the conservative evangelical community.”  That is now the case, though, after looking it up, I see that its controversial editorial “Trump Should Be Removed from Office” was published in December 2019, so the prediction is not quite so impressive as it sounded at first.  But SKJam! did predict its impact, specifically referring to the magazine’s breaking ranks with evangelicals on politics rather than theology.  But what made SKJam! almost win the prize–and probably would have if it weren’t for BernankeIsGlutenFree nailing his prediction–is that he almost predicted COVID-19.  He said,

There will be a outbreak of communicable disease in one of the refugee concentration camps, resulting in multiple deaths. The administration will try to steer the narrative towards refugees being “filthy and diseased.” Anti-administration conspiracy theorists will talk about “smallpox blankets.”

There was an outbreak of communicable disease!  I don’t think it started in a refugee camp.  Nor was it confined to refugee camps.  Now was it reduced to a controversy over immigration.  But still, I’m sure there has been COVID-19 in refugee camps.  So I give SKJam! credit.

So congratulations to our winners and thanks to everyone who participated.  Come back tomorrow to make your predictions for 2021! 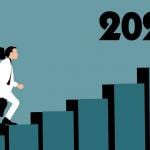 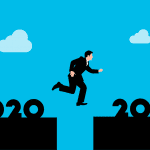