Trump Laid Bare the Gullibility of the Church 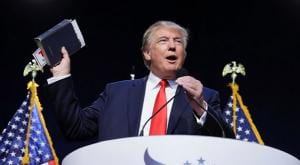 Around the time that American conservatives lurched overnight from hating Donald Trump to loving him, someone wrote that he wasn’t so much an anomaly as he was a revelation.

As difficult as it was to accept, it turns out that plenty of people were happy to install the billionaire playboy as the 45th President of the United States. In fact, many of them are still trying to make it happen again even after he lost this year’s election by more than 7 million votes. Trump spent four years relentlessly assailing any news outlet unwilling to shower him with praise, then he spent the bulk of this year sowing distrust toward the democratic process itself. So it should come as no surprise that his followers do not accept the outcome of last month’s election. They likely never will.

Churchgoers have been the worst about this by far. No single group has thrown its support more wholeheartedly toward Trump than white evangelical Christians. As a Southerner, I could point to dozens of neighbors and family members who sincerely believe he is a man of deep faith who never lies and is driven by love of his country in everything he does. It’s like they’ve forgotten everything we’ve seen from him since he first started showing off his extravagant lifestyle back in the 1980s. He is not an unknown quantity.

It’s difficult to rationalize the willful blindness exhibited by their trust in him, but then again that’s how articles of faith work. The belief comes first, and then all facts must bend around that belief to ensure it doesn’t have to be changed out for another one because thinking is hard, you know, and humans generally aren’t very good at it. We’re much better at feeling than thinking, better at following a crowd.

That explains why millions of Americans now believe the election was somehow stolen despite the absence of any ostensible evidence to support the claim. As long as their favorite sources of information keep repeating the belief, none of them will ever learn that Trump’s surviving legal team had no real evidence of voter fraud to offer in the dozens of legal attempts to overturn the election. It’s all just political theater. On Friday even his own Supreme Court nominees declined to give audience to his seditious demands.

But there is also a much darker consequence to the church’s blind trust in the outgoing president. Faced with the prospect of a global pandemic he did not understand, Trump chose to downplay the latest novel coronavirus, insisting it is nothing more than a common flu. His followers immediately adopted his distrust toward the throng of epidemiologists and virologists who said we needed to change how we live and operate until we get this relentless invisible killer under control.

In the United States, over a quarter million people have died from this infectious disease, and the Centers for Disease Control now tell us in our country alone for the next two or three months we can expect more people to die daily from this than we lost on September 11, 2001. It’s difficult to get my head around that much death, but this is really happening, and yet thanks to their trust in Trump, millions of Americans don’t believe it’s real.

Conservatives have been working overtime twisting the narrative all year long, convincing their own that it’s not a COVID-19 death unless that was the only thing they had when they died. That’s not how this works, of course, but I’ve discovered they cannot be reasoned with about this. They understand that AIDS has killed more than 700,000 Americans since HIV was first discovered, but like this new coronavirus, that disease kills by taking away the body’s ability to fight off anything else. If we employed the same conservative thinking about COVID-19, we would have to say that no one really ever died of AIDS, strictly speaking.

A compassionate church would have led the way in advocating for saving the lives of the most vulnerable among us by simply wearing masks and limiting gatherings, but their “pro-life” commitments only extend to the unborn (yet another obsession created for them by a political party). Also, they generally distrust science ever since it concluded that our species descended from other animal species, blurring an essential line between us and them that they need to stay in place for the sake of their theology.

When the life-saving vaccine for SARS-CoV-2 becomes available to the general public around the start of next year, preachers and other evangelical influencers will be out in front of those vilifying its offering as an act of godless tyranny. I will have to sit back and watch as extended family members join the chorus of those proclaiming that sinister forces are at work, plotting to inject microchips into people or maybe genetically altering our brains so we stop believing in God. I wish I were making this up.

Related: “Deconstructing the End of the World“

I’ve also had to sit back and watch as local Christians deprived of their usual weekly church gatherings have fallen down QAnon rabbit holes claiming that Jewish-funded, Satan-worshipping, blood-drinking pedophiles controlling the Democratic party, Hollywood, and basically all of the news (except NewsMax and OAN now) somehow undetectably manipulated the election in order to stop Trump from breaking up their global child-trafficking ring.

The Spirit of Discernment?

I wish I could make them understand how dumb all of this is making them look. It affects how the world sees the rest of us, too. And you can bet your ass it ruins any trust the outside world has toward the Christian message. This is what you get when you raise people to see the whole world as against them, teaching them to distrust their own critical thinking skills whenever they contradict a belief they were told must be held no matter what appearances may suggest.

Everyone else in the world has been laughing at the United States for choosing a petulant, vulgar bully to lead the country because almost everything out of his mouth is either false or misleading, often contradicting something he stated forcefully just 24 hours before. By the Washington Post’s count, during his short reign he has uttered more than 23,000 false or misleading claims. Everyone knows politicians lie, right? Yes, but this is not normal. Trump is a chronic liar who makes up most of his facts on the spot. Why can’t the leaders of the church see that? Why haven’t they said anything about it?

I remember being raised to believe that the Holy Spirit was supposed to guide the church into all truth. As a Christian once myself, I was told we were given a spirit of wisdom and knowledge, and that while everyone else in the world can have the wool pulled over their eyes, God’s people won’t be led astray because they have something in them that others don’t have. Clearly that was a lie.

This should be a “mirror moment” for all the evangelical Christians out there who at this point have lost all credibility on the world stage. If they cannot tell that Donald Trump is an insincere snake-oil salesman, and that germs are real and masks save lives, why should the world believe anything else they report? They’re going to have to start over from scratch now, demonstrating they have any capacity left to distinguish between lies and truth. Right now their “witness” doesn’t mean jack.

Want to know the easiest way to help? Point your phone camera here and you’re all set! 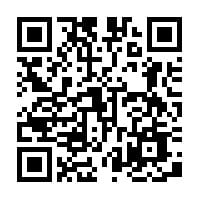 About Neil Carter
Neil Carter is a high school teacher, a writer, a speaker, a father of seven, and a skeptic living in the Bible Belt. A former church elder with a seminary education, Neil now writes mostly about the struggles of former evangelicals living in the midst of a highly religious subculture. You can read more about the author here.
Previous Post 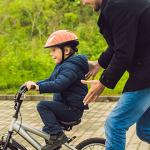 February 2, 2021 What Kind of Parent Would Your Faith Make?
Recent Comments
0 | Leave a Comment
Browse Our Archives
get the latest from
Godless in Dixie
Sign up for our newsletter
POPULAR AT PATHEOS Nonreligious
1

Russell Moore and the Leaked Letters:...
Roll to Disbelieve
Related posts from Godless in Dixie