WILLS POINT, TX – Gospel for Asia (GFA World and affiliates like Gospel for Asia Canada) founded by Dr. K.P. Yohannan – Each year, the Gospel for Asia radio ministry receives thousands of responses to broadcasts. Radio correspondents pray for listeners and personally respond to the letters, phone calls and emails they receive.

Every day, countless people in Asia tune in to Gospel for Asia (GFA) radio programs to find encouragement, learn how to live a morally upright life and hear about the love of Jesus Christ. By God’s grace, these broadcasts bring hope for many at just the right moment in their lives and are continually opening doors for further ministry.

To help celebrate more than 40 years of Gospel for Asia’s radio ministry, we’ve included five short stories about the miracles God has performed in Asia through radio. Thank you for standing with us to help proclaim the name of Jesus. 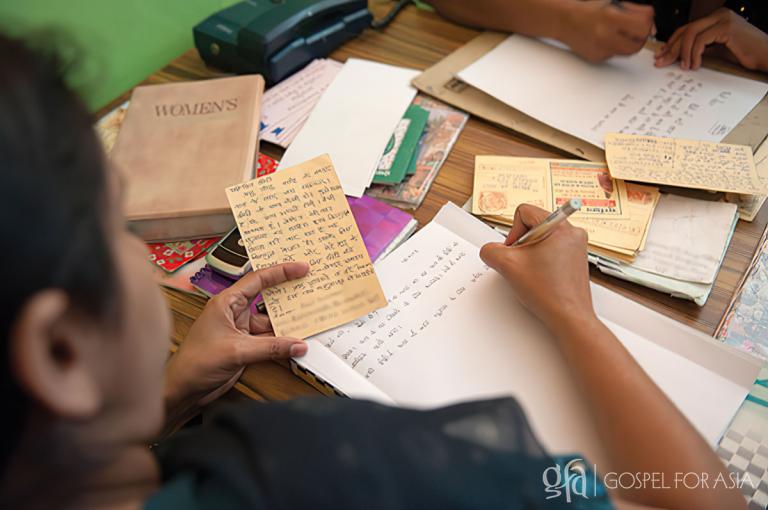 When Rajani lost his railway job, he gave up all hope. He worried about meeting his family’s needs. Then one day while tuning his radio, Rajani heard a broadcast from a Gospel for Asia (GFA) radio program. “God cares for you; therefore there’s no need to fear,” the speaker said. “Believe in the Lord and take courage.”

Encouraged, Rajani began to ask the Lord for peace in his heart and the restoration of his job. Soon after, he reapplied for his job, and the Lord gave Rajani back his position with the railway! Today, Rajani continues to find encouragement through Gospel for Asia (GFA) radio broadcasts.

Healing through a Phone Call

A painful boil on Sharadendu’s back oozed pus and left him with a high fever. He tried using several different kinds of medicine, but nothing he tried could heal him or give him relief from his agony.

But on the radio Sharadendu had heard of a healing God. One day, he called a Gospel for Asia (GFA) radio station, and the people in the office prayed for his healing. Later, the radio station received a letter from Sharadendu.

“You prayed for my healing over the phone,” he said. “God did a miracle on that day itself. He delivered me from great pain. Thank you for your kind prayers. Praise God.” 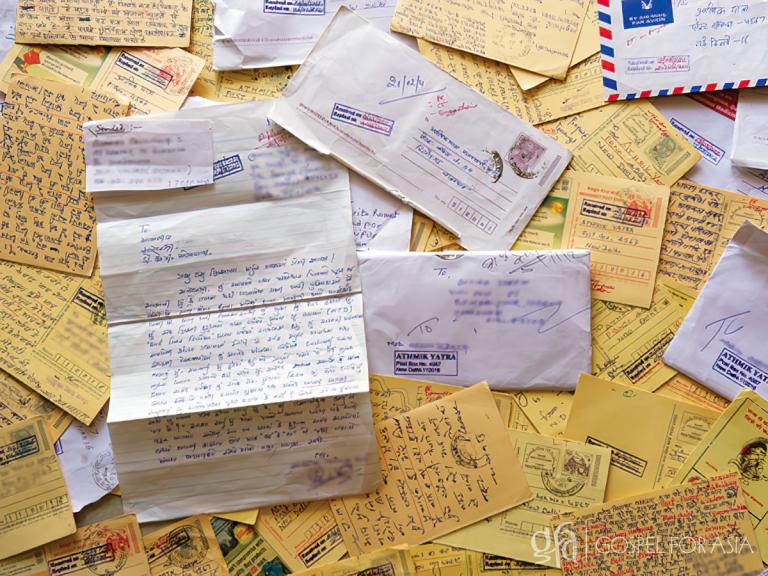 Simrit worried about finding a husband. Many women in Asia are married in their early 20s, but Simrit was 31 years old. Even her relatives and neighbors mocked her because she wasn’t married.

When she found out about a Gospel for Asia (GFA) radio program, she sent a letter to the radio station to tell them of her sorrows. The staff at the station prayed for Simrit and wrote her a letter of encouragement.

Sometime later, Simrit wrote to the radio station again with joyful news: God had given her a husband! Today Simrit and her husband are walking side by side in awe of the God who brought them together.

They Prayed for Nine Months

James’ younger sister had been married for several years, but she and her husband had no children.

Out of compassion for his sister, James wrote to a Gospel for Asia (GFA) radio station, asking for prayer on his sister’s behalf.

Each time the staff at the radio station came together for prayer, they prayed for James’ sister. Nine months later, the staff received another letter from James.

“I am so thankful to you and for your prayers. God has granted a baby girl for my younger sister through your prayers,” the letter said. “Also, I never miss your radio program. Really, the message, which you are sharing, is very much a blessing for me and my family.”

In cities, villages and rural communities throughout Asia, listening to radio programs at home is a favorite pastime, which makes radio an effective tool for ministering to people.

No matter how many steps Kanvar took, his legs refused to co-operate. An accident had hindered his natural stride and left his body tense and sore. As a listener of a Gospel for Asia (GFA) radio broadcast, Kanvar wrote a letter to the radio station, and to his joy, he received one in return.

The letter lifted Kanvar’s spirits and gave him hope in the Lord, and his health began to improve!

Learn more about the Gospel for Asia Radio Ministry in Asia, through which the Holy Spirit is moving powerfully in the hearts of listeners, reaching across geographical and political barriers, establishing fellowships in isolated areas yet to be reached by missionaries.

September 18, 2020
A Little Help in Life from Gospel for Asia Sisters of Compassion
Next Post