A reader asked a question about my previous post “Using the ‘Romans 23’ Principle to Explain Sin.” Here is the comment he left on the blog:

“I definitely see two aspects of sin: against God’s person (the honor-shame motif) and against God’s law (the innocence-guilt motif). My ministry partners here in Cambodia have been discussing this particular post via email. I did want to raise a question about Romans 2:23. It seems that the dishonor comes from the breaking of the law, which is the definition of unrighteousness in Jewish thought, as easily shown from a host of biblical passages. More than that, any Jew would have assumed the Gentiles to be unrighteous (= law breakers) because they didn’t have the law.

I am still trying to put all of this together in my mind. I agree with most of what you have said below and believe it to be very helpful. It just seems to me that Romans 2:23 is actually saying that the way people have dishonored God is by them breaking the law. It seems like legal terms to me. This is not to discount Romans 1 and 3.”

Below is my response–– 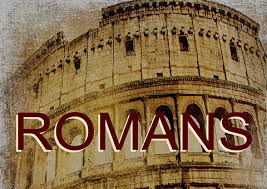 Thank you for allowing me to join your discussion. Of course, I’m glad to hear people processing these passages. In Saving God’s Face, I discuss this passage and show how it fits into its surrounding context.

1) Distinguish Meaning from the Means

Regarding Rom 2:23, it is important to distinguish means from ends, essence versus expression. Fundamentally, the core problem or offense is that people bring disrepute upon God’s name. Breaking the Law is simply one way of dishonoring God.

By analogy, I could offend a friend in a variety of ways, like insulting his wife, dressing inappropriately at a formal event, being too blunt, etc. Yet, the key issue is the fact that I am offending him, treating him as lacking value.

In fact, the grammar clarifies the point. “Dishonor” is the sentence’s lone verb (excluding the participle “boast” within the nominative/subject clause). Breaking law is a prepositional phrase modifying the subject’s main actions.

The fact Paul ground v. 23 with v. 24 is further confirmation. Rom. 2:23 is unambiguously concerned with the dishonor brought upon God’s name.

Additionally, the way he describes the offenders as those who “boast” in the law (and who boast in God in 2:17 highlights the irony, which centers on honor-shame. After all, they presume to honor that which they boast in. Note that believers “boast” (same Greek word) in the glory of God in Rom 5:2.

One more critical observation to make is that the Law in Romans 2 is not talking about some sort of abstract human moral law in the universe. He is talking about the Mosaic Law specifically. Thus, the Jews have the Law by birth whereas the Gentiles do not (cf. Rom 2:13-14; hence, the objection posed in 3:1-3). This has been argued in my Saving God’s Face as well as in a number of other places at length.

One of the most important passages confirming that Paul is not defining sin in terms of Law is found in Romans 5:13, where Paul writes, “…for sin indeed was in the world before the law was given, but sin is not counted where there is no law.”

Notice also that 5:14 confirms what Paul means by “Law.” Thus, in the very next verse, he says, “Yet death reigned from Adam to Moses, even over those whose sinning was not like the transgression of Adam, who was a type of the one who was to come.” Clearly, the “Law” comes in with Moses.

Accordingly, Jews dishonored God “breaking his Law.” Yet, people dishonored God prior to the Law’s arrival. In that case, the essence of “sin” (evil/wrong human thoughts/desires/behavior) could not be breaking a Law that didn’t exist.

Let me know if you have any follow-up questions. I’d love to hear your thoughts. 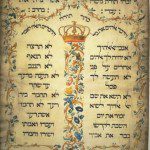 Where Is God in This Pandemic?
Roger E. Olson
Books by This Author Books by Jackson Wu