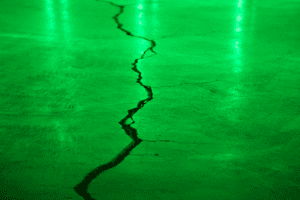 If you have been watching the Southern Baptist Convention (SBC) in recent years, you know that there has been a decline in membership, a stagnation of baptisms, and an increase in plateauing churches. This has been happening for well over a decade.

When I entered the seminary to take courses for my Master’s degree in 1996, I was exposed to many Southern Baptist leaders and their influence. Names included: B.H. Carroll, E.Y. Mullins, W.T. Conner, John A. Broadus. The influence was strongly Baptistic, and specifically Southern Baptist in orientation.

When I entered the seminary to take courses for my Doctorate degree in 2009, I was exposed to many Reformed leaders. These included John Piper, D.A. Carson, Albert Mohler, and Mark Dever. Many of the modern influences for today’s pastors has shifted from strictly Southern Baptist thought to Reformed thought. The theological influence was still conservative. None of these authors took liberal positions on marriage for example.

However, they did shift the thinking in other ways. For example, there was a greater prominence in Calvinistic thought, which is based upon Reformed theology. Calvinism puts the theology of election against the theology of evangelism. People who hold to Calvinism should be evangelistic. People who are evangelistic have in the past held to a form of Calvinism. However, today, it seems that these two truths are placed in opposition. By that, I mean that the more a person accepts the doctrine of election (which is what Calvinism in the SBC has promoted), the less evangelistic they seem to become. The more a person emphasizes evangelism, the less they will respect the doctrine of election. Two truths from the Bible have been used to bring division. This has occurred in part by the second fault line.

Two major shifts started to happen in the 1980s in Southern Baptist life. The first shift began with the publication of Purpose Driven Church. Rick Warren provided a template that helped existing SBC churches grow. As these churches grew, they used new methods and models that neglected previous ones. For example, instead of hiring a revival preacher to come and attract people to the church, these churches would use community outreaches such as Fall Festivals and other big events that catered to the interest of the audience. It catered to their physical needs, not directly their spiritual needs.

As a result, personal evangelism was not taught to the members of the church. Efforts to visit people on a weekly basis began to decline. Churches stopped using revivals as an outreach. At some point in the late 1990s (which I think is related to the communication fault line), these church growth methods stopped having an impact. The emphasis shifted to church planting. Churches that grew earlier started to plateau. Members of these churches wanted help in maintaining their membership.

The Southern Baptist Convention leadership saw this decline in members and poured more money into church planting. As these plateauing churches (who had previously used church growth methods) saw these new church plants grow, a fault line developed over church growth methods. These older churches wanted to be “strengthened” instead of what they saw as their money being used to start new churches. These churches in need of strengthening saw these new churches as competition because they attracted younger people.

I think you can trace this fault line to the advent of the Google search engine. When you look at the behaviors of people who were born before Google and those who were born after, you see some clearly different ideas about how they inquire about information. The difference has been described in other places as digital natives versus digital immigrants.

Digital immigrants probably still have a landline and they may still look up friends in a telephone directory. Churches with digital immigrants still use CDs for special music. They still go to LifeWay Christian Resources bookstore to order a paper book or a physical product.

For years, the SBC has used the Cooperative Program to pool the money of all the churches (many of them small) to support missionaries. The benefit is that these small churches didn’t need to take an offering every Sunday for a different missionary. The downside is that you never met these missionaries.

I think with the advent of Google, and the potential to contact people around the world, many younger people decided that they wanted to support missionaries through their local church, to missionaries with a personal attachment to them.

These younger people and churches (many of which are much larger churches) have begun to question the need to send money to through the Cooperative Program. Instead of sending money to missionaries appointed by an agency, with no connection to the local church except through prayer and finances, these churches have decided to support their own missionaries. To address this change, the SBC decided in 2015 to add “Great Commission Giving” as a line to the missions-giving opportunity for church reporting statistics.

This leads me to the fifth fault line, church size. A mainstream SBC church average size is 145 and the median size is 75 members in attendance. The point is that mainstream church that many SBC members attend are relatively small. In contrast, there are a few megachurches in the SBC. These churches have over 1000 in attendance on any given Sunday. Megachurches make up less than 4 percent of the membership of the SBC.

Photo by mahdis mousavi on Unsplash

See these other posts about the SBC:

February 21, 2018 5 Ways Billy Graham Has Influenced Evangelicals and Evangelism
Recent Comments
0 | Leave a Comment
Browse Our Archives
get the latest updates from
Jim Erwin
and the Patheos
Evangelical
Channel
POPULAR AT PATHEOS Evangelical
1