It turns out that criticizing Joel Osteen ruffles feathers. Perhaps this shouldn’t surprise. His congregation is more than forty-thousand strong, his sermons air worldwide, and his book sales are stratospheric. He’s got more than a few fans available to take offense at someone holding his feet to the fire.

In response to my piece Friday, “The insufferable Joel Osteen,” several people said that I was “judging” Osteen, which is a considerable no-no. I was told I should be ashamed and that I should apologize.

But not so fast.

Is saying that a man is wrong “judging” him? “Judge not, that you be not judged,” said Jesus in the Sermon on the Mount (Matt. 7.1). But was the Lord saying that we should suspend our critical faculties? Was he saying that we should not correct others, an action that necessitates judging whether something is right or wrong? I don’t see how that’s possible since Paul directly tells Timothy to “[R]eprove, rebuke, and exhort, with complete patience and teaching” (2 Tim. 4.2). It’s safe to say that Christ and his foremost apostle are singing from the same hymnal. Perhaps this all a bit more nuanced than not voicing a negative opinion about what another Christian says.

Importantly, I was not judging Osteen in the sense of identifying and condemning him for his sins, let alone calling his salvation into question. I was identifying an egregious theological error (equating Mormonism and Christian belief) and saying that he was not fit for his current job, points that are at least arguable if not self-evident. Since Paul clearly tells us that a minister of the gospel needs to have his doctrinal ducks in a row, this error seems like a big deal.

“He must hold firm to the trustworthy word as taught, so that he may be able to give instruction in sound doctrine and also to rebuke [there’s that word again] those who contradict it” (Tit. 1.9).

Osteen flunks the test. He said that Mormons believe the same “core” teachings that Christians do. By any reading of their doctrinal statements or history, they clearly do not. Mormons follow another faith altogether at best or are at worst a new spin on the ancient heresy of Arianism (teaching that Jesus is a created being, something that Mormons confess). For Osteen to get this wrong is to be either negligent or ignorant — neither of which are okay for a man in his position.

Rebuking Osteen for making such an error is hardly an error unto itself. Is he not responsible for his pronouncements, accountable for what he says? Equating Mormonism and orthodox Christianity is wrong and reproachful. He deserves to have people call him on it.

If this were any other area of life, you can be sure we’d apply a different standard. Had Osteen, for example, suggested that taxes be increased (or lowered), that Occupy Wall Street protesters are justified (or not), or that Steve Jobs was the greatest (or most overrated) innovator of the last century, hackles and howls would rise from one quarter or another — and no one would suggest it was wrong to criticize him for his utterances, let alone say that the critic was in sin.

Yet we are to believe that if his statements are religious, then they are untouchable? That can’t be right. Given the gravity of theological or doctrinal statements, shouldn’t they be more seriously, critically, heavily scrutinized? Of course. As John says in his first letter, “Beloved, do not believe every spirit, but test the spirits to see whether they are from God, for many false prophets have gone out into the world” (1 John 4.1). Is testing judging? In a sense, but apparently not in the sense Jesus forbids because John here commands it. So we test the spirits. And what do we do with spirits that don’t pass the test? We call them out and reject them.

Directly following his directions to rebuke and reprove, Paul tells Timothy this: “[T]he time is coming when people will not endure sound teaching, but having itching ears they will accumulate for themselves teachers to suit their own passions, and will turn away from listening to the truth and wander off into myths” (2 Tim. 4.3-4).

At the risk of incurring further wrath, let me say what is increasingly obvious to me: Osteen sounds conspicuously like one of these teachers. When I hear Joel Osteen, I don’t hear the gospel. I hear American materialism and shallow self-actualization dressed up like the gospel. I could be wrong, and God forgive me if I am, but that’s how I see it.

At the very least he is ill-equipped to serve and speak as he does. And saying as much is not shameful, nor does it deserve an apology. 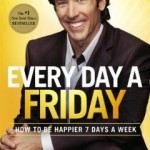 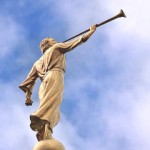