Few things rub me the wrong way as much as poseurs masquerading as pastors. If that sounds unduly harsh, forgive me, but I don’t think this is undue.

Al Mohler recently published a piece on Joel Osteen’s equation of Mormonism with evangelical and Catholic Christianity. In a conversation with the Washington Times, Osteen said the faiths were basically similar on the “core” issues and he didn’t want to quibble about theological details. Mohler understandably cried foul and said that Osteen was being theologically irresponsible.

Mohler may sound like a crank to some, but I’m about to sound crankier still. Bear with me. It’s for a good cause.

While I read Mohler’s piece at the Christian Post, by the magic of internet advertising algorithms, up popped an ad for Osteen’s new book, Every Day a Friday. After troubling the air with audible groan, I ventured to Amazon to read some of the volume. I usually try to avoid such books, but I was already feeling unwell, so why not? It’s an insufferable, oozing mess of a book that hardly deserves the time it takes to criticize, but one thing needs attention.

“My purpose in writing this book is to help you arrange your mind so that you choose happiness each and every day,” says Osteen in chapter one, after which he mentions “a recent study that found happiness increases 10 percent on Fridays.” On this point hangs the central hope of the book. Some hope: Read my book and you can make your life 10 percent happier every day, not just the usual uptick you experience at the end of your workweek. I don’t think that’s is going to cut the mustard.

Osteen parades himself around as a minister of the gospel. Let’s be frank: The guy should be writing copy for Hallmark (best case scenario), not preaching the gospel. Is feeling 10 percent better about your life the good news promised in the Bible? Is a marginal increase in your mood the best life God has to offer?

Like I said, I’m cranky, but stay with me. Even the title of his book is offensive. Mohler chides Osteen for being negligent in the theology department. Nothing says that so simply and shouts it so loudly as the phrase “Every Day a Friday.”

The good news isn’t about Friday. It’s about Sunday. Christians gather to celebrate the eucharist on Sunday, the Lord’s Day, because it’s the day that Jesus rose from the grave. Jesus isn’t interested in boosting your mood a meager 10 percent. Jesus went to the grave on Friday, experienced the agony of execution on Friday, endured the passion of the cross on Friday, suffered and died on Friday so that he could set us free, redeem us, remake us, rejoin us to communion with the Father and each other on Sunday when he defeated sin, the devil, and death itself in the resurrection. Osteen’s elevation of the lightly elevated mood is absurd and silly by comparison. How about we make every day a Sunday instead?

In his talk with the Times Osteen said that he saw faith at an all-time high in America today. Super. But it doesn’t mean much if it’s a misdirected faith in good vibes and not the real hope of the good news.

(Personal note to Rev. Osteen: Here’s some job opportunity information for Hallmark I found. I didn’t see anything specific about this in the FAQ there, but to apply you shouldn’t have to do anything more than send a few copies of your complete published works.)

November 16, 2011, update: When I originally published this piece I included an image of Osteen that many found objectionable. In retrospect I think that the image was gratuitous and its inclusion unwise. Because of that I have replaced it with the cover of Every Day a Friday. 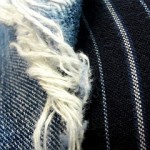 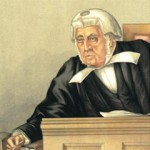 October 29, 2011 On judging Joel Osteen
Recent Comments
65 Comments | Leave a Comment
Browse Our Archives
get the latest from
Evangelical
Sign up for our newsletter
POPULAR AT PATHEOS Evangelical
1