It seems that every time a supposedly “lost gospel” is unearthed the media hypes it as if it were the Second Coming.

Invariably, these texts contradict the received understanding of the church. The most recent example is the so-called Gospel of Jesus’s Wife. The scrap of parchment, published to great fanfare but quickly shown to be fake, purportedly demonstrated belief among early Christians that Jesus was married.

Before that you’ll recall the froth and frenzy around the 2006 publication of The Gospel of Judas. And before Judas, gnostic texts attributed Thomas, Mark, Mary, and others made their splash.

It’s erroneous to speak of these as lost gospels. They were not lost; they were rejected by the church around the time they were originally written. Irenaeus of Lyons, for instance, seems to have known about Judas and deemed it a “fiction” (Against Heresies 1.31.1). As we saw in part one of this series, apostolic tradition enabled early church leaders like Irenaeus and Serapion of Antioch to determine which books were authentic and which were spurious, which embodied an orthodox understanding and which did not.

Apostolic tradition was the key element in these controversies. Both the orthodox and the gnostics appealed to tradition to establish their respective cases because tradition meant trustworthiness. Note how Luke began his gospel:

Inasmuch as many have undertaken to compile a narrative of the things which have been accomplished among us, just as they were delivered to us by those who from the beginning were eyewitnesses and ministers of the word, it seemed good to me also, having followed all things closely for some time past, to write an orderly account for you, most excellent Theophilus, that you may know the truth concerning the things of which you have been informed. (1.1-4)

The evangelist wasn’t there, but he spoke with those that were. That’s what legitimized his account; the content of his testimony could be authenticated by witnesses.

The gnostics attempted to grace their books with the same legitimacy. Judas, for example, begins by declaring itself “[t]he secret account of the revelation that Jesus spoke in conversation with Judas Iscariot. . . .” (Rodolphe Kasser, et al., The Gospel of Judas, p. 19). Divine revelation from Christ, through an apostle, to the recipients of the gospel — sound familiar? Don’t let the particular apostle’s identity throw you. This account painted Judas as the only true apostle; the others were ignorant unbelievers. Jesus saw that Judas possessed true understanding and so pulled him aside to deliver the real truth:

Step away from the others and I shall tell you the mysteries of the kingdom. It is possible for you to reach it [the immortal realm], but you will grieve a great deal. For someone else will replace you, in order that the twelve [disciples] may again come to completion with their god. (Kasser, et al., p. 23. “Their god” is a reference to Yahweh. Gnostics thought him more than shaggy and forbidding; they also considered him an evil deity.)

Now, Matthias replaced Judas, which is a bit ironic because while the gnostic sect that rallied around Judas tied Matthias to the unbelievers, another gnostic group was busy appropriating Matthias as its supposed link to Christ and his revelation. “Basilides,” wrote Hippolytus of Rome, “say[s] that Matthias communicated to [him] secret discourses, which, being specially instructed, he heard from the Savior” (The Refutation of All Heresies 7.8).

Both claims work because of the men’s apostolic credentials. As Peter explained about Matthias, for instance, he was “one of the men who accompanied us during all the time that the Lord Jesus went in and among us. . .” (Acts 1.21).

The apostles needed a physical link to Jesus to claim to speak for him. Peter said much the same thing about himself: “We did not follow cleverly invented stories when we told you about the power and coming of our Lord Jesus Christ, but we were eyewitnesses of his majesty” (2 Pet 1.16). This is why the gnostics appropriated the apostle’s name for The Gospel of Peter. In a perfect example of fake it till you make it, they nicked his name to lend apostolic credibility to their fictions.

Tracing it back to the source

Like Peter, Matthias was an eyewitness, and he wasn’t around to refute whatever Basilides said about him. That made him the perfect candidate to pull a fast one. But Hippolytus wasn’t buying.

Tradition authenticates. If something is passed down, you can trace it back. Hippolytus refuted Basilides by following the transmission — not back to the gospel, but to Greek philosophy. Basilides, said Hippolytus, transferred

the tenets of Aristotle into our evangelical and saving doctrine. . . . For Aristotle, born many generations before Basilides, first lays down a system. . . . And these heretics bring this (system) to light as if it were peculiarly their own, and as if it were some novel (doctrine), and some secret disclosure from the discourses of Matthias. (Refutation 7.7, 8)

Hippolytus quoted some Scripture in his refutation, but his primary tool for debunking Basilides was tradition — comparing Basilides’ doctrine against the apostolic witness. By showing that Basilides’ doctrine was really repackaged Aristotle, he demonstrated that it did not descend from Christ through Matthias. That meant it had no authority. It was not part of the apostolic tradition, but rather the “traditions of men,” which Jesus condemned (Mark 7.8).

Whenever the media start buzzing about how a discovery like Judas or The Gospel of Jesus’s Wife will “rewrite the faith,” we should yawn and forward the chatterers a copy of Against Heresies. But an appreciation and reliance on apostolic tradition is good for more than debunking bogus books by early gnostics. The approach of Irenaeus, Serapion, and Hippolytus should instruct all evaluations of doctrine.

The claims of Mormonism, for instance, do not trace back to the apostles. Quite the opposite; apostolic tradition refutes much of Mormonism’s distinctive doctrines. The present-day move among evangelicals to grant the name “Christian” to Mormons is misguided at best and possibly a profound betrayal.

The health-and-wealth gospel similarly finds no support in the tradition, nor many other things that call themselves Christian today. They may not all be as damnable as roping in Judas to support a fundamentally anti-Christian message, but novelties of all sorts should be discounted if for no other reason than that they distract us from pursuing a genuine experience of Christ.

Apostolic tradition is the gospel’s measuring stick. If a teaching or practice doesn’t fit, it should be discarded. 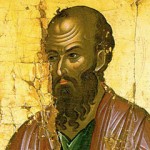 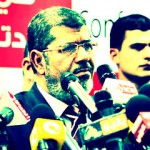 December 29, 2012 Despite dangers, Middle East Christians express hope
Recent Comments
17 Comments | Leave a Comment
"Thank you, I am a Mormon and my love for Jesus Christ is only surpassed ..."
Tina Beal Why Mormons aren’t Christians
"Two kings were about to wage war against King Ahaz. Isaiah comes along and gives ..."
Prizm Is the virgin birth really predicted ..."
"Praying three times a day is the Jewish prayer schedule. Blessing the Lord seven times ..."
Jennifer Lee Why pray the hours?
"So do you have any evidence that the Greek version is more authentic to the ..."
geoffrobinson You’re reading the wrong Book of ..."
Browse Our Archives
Related posts from Joel J. Miller