How do know if a particular doctrine is true or false? What defines the boundaries of orthodoxy? We’re not the first believers to face these questions.

Within a generation of Christ’s death and resurrection, the church broke free from the orbit of Jerusalem and swerved into the path of the Gentile world and its bewildering array of pantheons, temples, astrologists, sorcerers, philosophers, and mystery cults.

Some of the interactions proved beneficial. In Cities of God, Rodney Stark convincingly argues that Isis worship softened pagan converts to some of the themes of Christianity (pp. 101-113). But other interactions were more challenging.

Startling to the ancient mind

Of Paul’s exchange with the Athenians on Mars Hill, for instance, H.L. Mencken said that the Christian God was seen as “barbaric . . . lately in from the desert and still a bit shaggy and forbidding” (Treatise on the Gods, p. 275).

Yahweh’s country bumpkin qualities weren’t the only liabilities. The whole gospel story proved tough to swallow: God born of a woman? Born in a Palestinian backwater? Rejected by his own people? Executed by a Roman governor? Hanged on a cross? Rose from the grave? Ascended to heaven? Returning to judge the living and the dead? For a pagan audience the story got more ludicrous with every twist and turn.

“It would all have been less startling to the ancient mind,” said Henry Chadwick in his book The Early Church, “if only the story could be cut free of its historical anchorage and interpreted as a cosmic or psychological myth attached to an esoteric mystery-cult” (p. 33).

The second-century gnostics were one of the first groups to start the task of cutting and reinterpreting. The job, said Mencken, was to “introduce the fruits of Greek philosophic speculation into the naïve theology of the Synoptic Gospels” (pp. 275-276). They tidied up the gospel, corrected its posture, and applied some heavy makeup.

When the gnostics were finished, the church could hardly recognize its own faith. New gospels and tracts, like The Gospel of Peter, started to circulate and vied for superiority over the gospel story taught and believed by the church since the days of the apostles. How to challenge them?

Handed down to us

Serapion was bishop of Antioch during the reign of Emperor Commodus (around 190). Some of his parishioners wanted to read The Gospel of Peter. Fine by him, he said. How could anything written by Peter be a problem? But then Serapion read the book for himself. Problems!

“[W]e find many things in accordance with the true doctrine of the Savior, but some things added to that doctrine,” he said, adding that he and fellow bishops “receive both Peter and other apostles as Christ; but we reject intelligently the writings falsely ascribed to them, knowing that such were not handed down to us” (Eusebius, Ecclesiastical History 6.12). This wasn’t his father’s Oldsmobile.

Irenaeus, bishop of Lyons, did the same thing. In Against Heresies, he panned the Valentinians because their doctrines didn’t square with anything “the prophets preached, nor the Lord taught, nor the apostles handed down” (1.8.1). In his book On the Apostolic Preaching, Irenaeus defined the faith as that which was handed down through the elders from the apostles to his contemporary readers, and presumably to those of us who read it eighteen hundred years later (1.1). If it was not delivered by the apostles, handed down one generation to the next, it was bogus.

We find this concept of handing down — the idea of certain set teachings being transmitted or delivered by Christ to the apostles and by them to the church — in the New Testament epistles themselves:

Be imitators of me, as I am of Christ. Now I commend you because you remember me in everything and maintain the traditions even as I delivered them to you. . . . For I received from the Lord what I also delivered to you. . . . (1 Cor 11.1-2, 23)

I found it necessary to write appealing to you to contend for the faith that was once for all delivered to the saints. (Jude 3)

So then, brothers, stand firm and hold to the traditions that you were taught by us, either by our spoken word or by our letter. (2 Thes 2.15)

The word “tradition” here means something handed over, something passed down. The content of that tradition goes back to Christ, as Paul says. Christ himself says so as well in the Great Commission. “All authority in heaven and on earth has been given to me. Go therefore and make disciples of all nations, baptizing them in the name of the Father and of the Son and of the Holy Spirit, teaching them to observe all that I have commanded you” (Matt 28.18-20).

The transmission of gospel truth — all of it — extends from Christ to the apostles and through them to the saints, the church. That’s the assumption of the New Testament writers and the early church, which relied on the content of the tradition before there was a New Testament, strictly speaking.

Importantly, this transmission was both written and oral, as Paul also says in the second letter to the Thessalonians about the traditions he taught: “by our spoken word or by our letter” (2.15). In his letter to the church at Philippi Polycarp, bishop of Smyrna, echoed the idea, writing about Paul, “when he was among you face to face . . . [he] taught accurately and authoritatively the word of truth and . . . when he was absent, [he] wrote you letters. . .” (Philippians 3).

How else could it be? The gospels and the epistles were not collected in their final form until the time of Athanasius in the fourth century, at the earliest. Some twenty books were generally accepted as early as the second century, but disputes about Jude, Hebrews, Revelation, and others persisted for several centuries in some quarters (Timothy Jones, Misquoting Truth, p. 134-136). The oral tradition was essential because the written was not yet final.

The process for deciding what ended up in Holy Writ (the four gospels, Paul’s letters, etc.) and what ended up in the rubbish bin (the gnostic texts) was the same. The authenticity and canonicity of the Scriptures depended in large part on “ecclesiastical tradition” and “the succession of ecclesiastical writers,” as Eusebius recorded (Ecclesiastical History 3.26). The church, which made the determination, was recognized as the arbiter and custodian of the gospel message, a recognition that squares with Paul’s statement that “the church of the living God” is “a pillar and buttress of the truth” (1 Tim 3.15).

This authority was primarily founded upon oral tradition and the teaching handed down from the apostles, as authorized by Christ in the Great Commission. Wrote Roland Bainton in Christianity,

By the end of the second century three sources of authority had emerged: the canon, the creed, and the oral tradition. The first two were interpreted in terms of the third. The Church was developing in its role as custodian of all, and thus as the living source of authority. (p. 73)

The gnostics told a good story. But Serapion and Irenaeus knew they were full of nonsense because the tradition of the apostles allowed no space for additions to the gospel of Jesus. The faith was once for all delivered, said Jude. By definition novelty wasn’t handed down. It was spurious and thus rejected. The appeal to apostolic tradition allowed the early bishops of the church to define, defend, and proclaim the good news.

It’s the same for us today. When we hear this or that being proclaimed as the gospel, we need to refer back to the witness of the apostles and the tradition they passed down to us through the church. After all, the gnostics aren’t the only ones who’ve tried passing off the phony for the real. 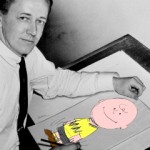 December 26, 2012
The ordinary courage of Charlie Brown
Next Post 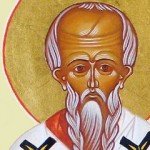 December 28, 2012 Why apostolic tradition matters, part 2
Recent Comments
9 Comments | Leave a Comment
"Thank you, I am a Mormon and my love for Jesus Christ is only surpassed ..."
Tina Beal Why Mormons aren’t Christians
"Two kings were about to wage war against King Ahaz. Isaiah comes along and gives ..."
Prizm Is the virgin birth really predicted ..."
"Praying three times a day is the Jewish prayer schedule. Blessing the Lord seven times ..."
Jennifer Lee Why pray the hours?
"So do you have any evidence that the Greek version is more authentic to the ..."
geoffrobinson You’re reading the wrong Book of ..."
Browse Our Archives
Related posts from Joel J. Miller