When I started publicizing the first circle I led at Denton CUUPS in 2003, I printed flyers and I sent out a notice on our YahooGroup e-mail list.  Then someone said “be sure to run it on Moonlady!”

What’s a Moonlady, I asked?

Moonlady was Moonlady News, a massive moderated e-mail list for Pagan, New Age, environmental and other progressive events and causes in the Dallas – Fort Worth area, run by Amy Martin, the Moonlady.  This week Amy announced her retirement – Moonlady News will make its last run on December 20.

Amy’s first calling is as a journalist.  She’s written for the Dallas Morning News, the Dallas Observer, D Magazine, and various other news outlets.  She writes regularly for the DMN’s “Texas Faith” panel, where she is the sole representative for Pagans, Nature worshippers, and the Spiritual But Not Religious.  She’s a semi-regular speaker at local UU and Unity churches.

Her connections with folks in the religious, spiritual, environmental and entertainment worlds made Moonlady News almost inevitable.  It sprung from her knowledge of who’s doing what and who else might like to be a part of it, and her desire to pull these various interest groups together into a living, breathing community.

I’ve been listing CUUPS events on Moonlady News for ten years, but I also found a class in shamanism, lectures on the history of Egypt, a workshop on Buddhist meditation, presentations by the Fraternity of the Hidden Light, a talk by Karen Armstrong, and many other events I’ve since forgotten.

Moonlady News didn’t bring very many people to Denton CUUPS circles.  Denton is about 40 miles from both Dallas and Fort Worth and although it’s closer to the population center in the northern suburbs, it’s still not convenient to anyone living outside Denton County.  Virtually all the people who came to our circles because of Moonlady News came from even farther out:  for them, we might not have been convenient, but we were still a lot closer than Dallas.

But over the years I’ve talked to dozens of people who say “I see Denton CUUPS on Moonlady – you’re doing some great stuff!”  Now, none of these people had ever been to one of our circles.  But they had seen our ads on Moonlady News, eight times a year, year after year.  Moonlady News created a sense of community.

That sense of community was expressed in person once a year at Winter Solstice.  It began in 1993 in small venues, then moved to First Unitarian Church in 1996.  It outgrew that space and in 2000 moved to the Cathedral of Hope, a church that primarily serves the LBGT community and seats over 900.

It’s hard to describe Winter SolstiCelebration, even though I had a part in three of them.  Part interfaith worship service, part community gathering, part variety show, it celebrated the return of the light and the possibility of rebirth in our lives.  It was a descent into darkness, then a loud and energetic emergence into the light.  In darkness and in light, it was full of joy.

But it was a huge undertaking.  There were plenty of volunteers, but someone had to drive the train and that someone was Amy.  She formed EarthRhythms to make it more about the community and less about her, but that just made an unsustainable workload a little lighter, not sustainable.  Last year was the 20th and final Winter SolstiCelebration.

There were other events over the years.  Amy got her name from running a series of Full Moon circles in the early years.  She produced various other Solstice and Equinox themed events, including the EarthRhythms Summer Solstice in 2009, where she asked Denton CUUPS to open the event with an Egyptian temple ritual.  To date that’s still the most people we’ve ever had at one of our rituals.

This community – the Moonlady community and others like it around the world – is full of great folks who mean well and many of them aren’t afraid to work hard.  But our distaste for institutions and institutional thinking makes it very difficult to continue large projects and traditions when their founders are no longer able to drive them.

Last year Amy moved Moonlady News from YahooGroups to its own website.  She wanted the opportunity for more features, the ability to better organize the wide variety of notices, and to update the underlying technology and get away from Yahoo’s free but unreliable service.  She knew there would be costs involved but hoped to make it self-supporting.

Things haven’t gone as hoped.  In her message to the subscribers, Amy said:

Running the Moonlady News digest and Moonlady.com requires deep, nerdy computer technology that is soooo not my comfort zone.  I believed … I could master ad management and bookkeeping that comes with such a site, and the promotions as well, even though my skills were that of a lifelong journalist. Truth be known, I’d Peter Principled myself into a role that, let’s just say, was not my bliss.

I can’t say I’m surprised.  Amy’s at her best when she’s writing and when she’s presenting her writings in books, in sermons, in rituals and in shows.

My passion, my core identity, is being a writer and I must devote myself to that. I’m not getting younger and there are a few major creative projects baying at the gate to be completed. That’s kind of scary, having no more excuses, but exciting.

On this day of thanksgiving, I’m thankful for Amy Martin.  I’m thankful for the things I’ve learned and experienced and the people I’ve met because of Moonlady News.  I wish Amy a pleasant retirement, even though I’m pretty sure she won’t be sitting in a rocking chair all day. 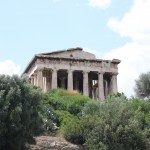 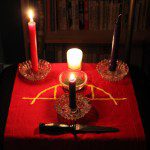