Sacrifice and the Fear of Real Gods

The polytheist wing of the Pagan internet has been bubbling with talk of animal sacrifice over the last couple weeks. I’ve mostly stayed out of it – it’s not a topic I have a lot of passion around, one way or the other. But the intensity of the debate and the lack of reason within it have reached the level where I feel the need to say something. 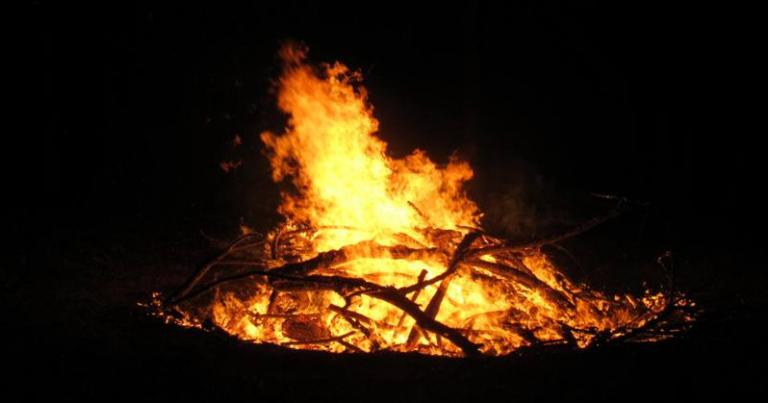 Sacrifice is an important topic for any Pagan. I wrote about it last year, I gave my impressions of a panel discussion on sacrifice at this year’s Pantheacon, and I wrote about a very specific sacrifice I was instructed to make earlier this year.

Sacrifice is a dialogue between us and the Gods. It affirms the sacred principle of reciprocity: we receive and so we give, that we may receive again. As the Gods do, so we do as well. Sacrifice acknowledges there are things in life that are necessary even if they are unpleasant. It affirms our commitment to do that which must be done.

Most of my sacrifices have been food and drink; a few have been objects I’ve been asked to give. I’ve made sacrifices of time and money, and you probably have too, even if you didn’t think of them as sacrifices at the time. I’ve never sacrificed a living animal – I’ve never been asked to. Given the deities I worship and the traditions in which I work, it’s likely (though far from certain) that request will never come.

We kept the chickens for eggs and the cows were too big – we sent them to a packing house. But we butchered the rabbits ourselves. My father was a good Baptist and a child of the Great Depression – the rabbits were a source of food and nothing more. But he made it clear: do it right so the animal doesn’t suffer needlessly. I learned to do it right.

The bulk of the arguments against animal sacrifice aren’t coming from vegetarians. They’re coming from omnivores having a gut level reaction against a practice they’ve been told is primitive, barbaric, and unnecessary. I understand that gut level reaction. But at some point, I would expect Pagans who pride themselves on being educated and open-minded to actually consider what is and isn’t being done and the context in which it’s being practiced.

In a post that went up on his blog on Tuesday night, the Anomalous Thracian addressed this situation in detail. His essay is quite long but it’s also quite complete: it addresses the long history of animal sacrifice, the necessity of it in some religious traditions, and the many invalid arguments made against it by people who should know better. If you want to understand the practice, do yourself a favor and read the whole thing. It’s long but it’s not boring. If you’re a Pagan or a polytheist, you have an obligation to educate yourself about a practice that’s an important part of some of our traditions, even if it’s not a part of yours.

The Thracian’s essay isn’t easy to summarize or excerpt, but here’s a key quote:

The class-and-culture related bias in this discussion is astoundingly thick, complicated, and driven. But right now, all of the people discussing Polytheists and the subject of animal sacrifice sound a lot like Evangelicals discussing homosexuality, with disgust and revulsion and superiority. That “othering” is just so insidiously harmful that it makes me sick.

If you fall into that category, ask yourself why you feel that way. Emotions aren’t morally wrong – you feel what you feel. But “othering” isn’t a feeling – it’s an action, and some actions are morally wrong. Are your visceral emotions leading you into actions that aren’t in alignment with your values?

No one is suggesting you must or even should perform animal sacrifices. In fact, you probably shouldn’t. Here’s the Thracian again:

not all Polytheists believe in or endorse or practice animal sacrifice. Polytheism is not “one religion”, but a set of them … But for many of us, this is an important topic, and an important practice, which like any lived cultural facet is something that we will guard and protect, as is our natural (and legal, and federally protected) right … There is zero emphasis or encouragement on people adopting these practices without training for any reason … Our gods are demanding service, submission, discipline and training of us, as laity and clergy alike, which is sort of the opposite of what the moral panic arguments against sacrifice are suggesting so publicly.

There’s another factor at work here, and that’s the fear that if animal sacrifice becomes widely associated with Paganism, it will generate what one commenter called “anti-Pagan sentiment.” Again, I understand. We’re just getting to the point where the average person on the street doesn’t automatically equate Paganism with Satanism. Discrimination and at times outright harassment are still problems for too many members of minority religions. There is a strong impulse to say “see, we’re harmless, we’re nice and safe, we’re just like you.”

The vast majority of us became Pagans because the mainstream religion and the mainstream culture didn’t work for us. We felt the call of the Gods, or of Nature, or of Magic, or of Community. Our very presence is a threat to the culture of patriarchy, consumption, and empire. While discretion is sometimes necessary, the approval of the mainstream comes with a price: your soul.

There’s one more fear involved here, a fear that keeps coming up over and over again in the Pagan / polytheist arguments: the fear of people who take their religion seriously.

Again, to a certain extent this is understandable. In the Christian context we never hear about the Catholic monk who spends his life in silence and prayer or the Methodist lay person who spends her life feeding the poor because that’s what Jesus did. No, we hear about the fundamentalists who picket funerals, fight against the rights of women and gay people, and push for war in the Middle East because they think it will bring the rapture. Based on what we see on TV, all people who take their religion seriously want to force everybody to live just like them.

That wasn’t polytheism in ancient times and it certainly isn’t polytheism now. If some people’s Gods tell them to sacrifice a chicken, or a goat, or a bull, that has exactly zero effect on me – or on you. My Gods haven’t told me to make any blood sacrifices. If They do, we’ll talk about it.

Negative reactions to animal sacrifice are understandable. My hope and my prayer is that Pagans will examine those reactions and find their source, then make sure their actions are in alignment with their values. 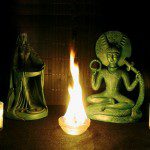 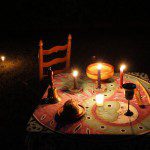 October 26, 2014 Samhain – A Solitary Ritual
Recent Comments
0 | Leave a Comment
"I finally have time to watch it and started yesterday. It has a Riverdale/Sabrina vibe, ..."
Nekoshema Wednesday
"Yes!!! So glad I am not the only one that thinks this!! LOVED this show, ..."
Erin McGuire Wednesday
"Thank you for this. I did not know about "Wednesday" and reactivated my Netflix account ..."
OrderInTheQuartz Wednesday
"Glad to hear a review from you. I keep hearing nonsense from people who just ..."
MadGastronomer Wednesday
Browse Our Archives
Related posts from John Beckett