Enough With The Holiday Ridiculousness Already! 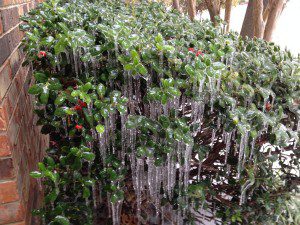 We’re not even halfway through November and the “war on Christmas” garbage has already started. I saw Christmas Trees for sale on October 3. What was a joyous and magical month in my childhood (the day after Thanksgiving through Christmas Day) is now a three-month-long slog through endless advertising and manufactured outrage. I had planned to ignore it all, but the anger is building and I’ve got to say something… to pretty much everybody.

The Winter Solstice is likely humanity’s oldest holy day. From the time our distant ancestors first moved far enough north (or south) to recognize the shortening days and cooler temperatures of Autumn, the Winter Solstice has been a time to mark the return of the light and the promise of the coming Spring. It is no wonder many Gods and heroes are said to have been born at this time. If all religion suddenly disappeared from the Earth, people would be celebrating the Winter Solstice again within a generation.

Christmas, Hanukkah, Yule, and the many late December holidays are not the same holy days, but they share the same season, and those who celebrate them need to learn to play nice.

Fundamentalist Christians. You weren’t here first. Hanukkah is older than Christmas, and the Solstice has always been here. Its observations are older than any of the monotheisms: Newgrange, aligned to the Winter Solstice, is over 5000 years old. You have no pre-eminent claim on the Winter holiday season.

While Christianity is still the dominate religion in the West and especially in the United States, we live in a religiously diverse society. It is neither reasonable nor fair – nor polite – to expect everyone to acknowledge your holiday, especially when they’re busy getting ready for their own. It takes a privileged and paranoid mindset to turn “Happy Holidays!” into a “war on Christmas.”

Quit acting like three-year-olds when they’re told they have to share. You aren’t building a very convincing case for celebrating your holiday rather than one of the others, and you certainly aren’t following the example of the God whose birth you’re supposedly celebrating.

Mainline and Progressive Christians. I know, I know – you wish the fundamentalists would shut up too. I’m happy to see some of you calling out this obnoxious – and un-Christ-like – behavior.

But you have huge numbers, especially when you include non-fundamentalist Evangelicals. You have power that atheists and Pagans and even Jews can only dream about. If you decided to curtail your “holiday shopping” and refocus your observances on celebrating and contemplating the birth of Jesus, you could isolate the fundamentalists and bring a new spiritual depth to Christmas.

You know, if you weren’t too busy fighting for a parking place at the mall.

Atheists. “Axial tilt is the reason for the season” was cute the first 17 times I saw it. Festivus is the creation of a comic I never thought was very funny in the first place. There’s plenty of room for you in the late December holiday season, but if you want to play in the major leagues you’re going to have to up your game.

Jews. Since the first Hanukkah you have demonstrated how to hold a tiny religion together, often at great and tragic costs. Don’t stop now! Let Hanukkah be Hanukkah.

Secular Capitalists. I get it – you’re in business to make money. I also get that the retail world is an arms race, and if you don’t sell as much as you can as early as you can you run the risk of other retailers grabbing all the customers and running you out of business. Unless, of course, you were to call a truce, set some reasonable limits on “holiday sales” and leave October to Halloween (and Samhain) and November to Thanksgiving.

Maybe you might want to watch How the Grinch Stole Christmas again. Or perhaps A Christmas Carol.

“You are fettered,” said Scrooge, trembling. “Tell me why?”

Pagans. What, you thought you were going to get out of this unscathed? Oh no, Pagans aren’t immune to holiday silliness either.

For one thing, let’s stop these ill-informed memes claiming that Christianity stole all our stuff. Jason Mankey did an excellent bit of historical research into just how many Christmas traditions have Pagan origins – and it’s not as many as we like to think. Wish someone a Happy Solstice if you like, but only if you mean it – not to pick a fight with some Christian expecting to hear Merry Christmas. And for the sake of all the Gods, stop saying “Yule is Pagan Christmas.” If you want to give gifts to your family and close friends, give small, inexpensive, hand-made (or better yet, recycled or repurposed) items.

Paganism is a religion of celebration, but let’s keep our focus on the return of the light and on strengthening our communities, not on the materialism that has eaten Christmas.

The shortening days and early sunsets call us contemplate the endless cycle of dark and light. The lengthening nights call us to gather with those closest to us, to celebrate our friendships and our shared traditions. Whether we commemorate births or rebirths, the Winter holidays are one of humanity’s oldest and deepest traditions.

May we all celebrate our holy days, and may we treat those who celebrate for other reasons with the dignity and good will we would like for ourselves. 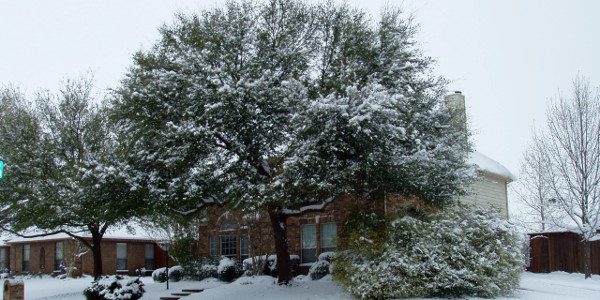 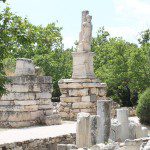 November 10, 2015
Our Pagan Religions Are Never Settled
Next Post 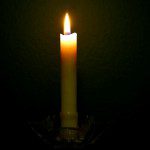