1) This Saturday is Denton CUUPS’ Imbolc Circle, our first public gathering since the fire at Denton UU on December 16. Only the sanctuary has been restored – the fellowship hall (which includes the kitchen and nursery) is at least another month away from being ready for use. But it will be good to be back in our building. Our ritual will honor Brighid and will focus on purification, both of which are traditional for Imbolc and are especially appropriate for us at this time.

2) Next weekend I’ll be at the ADF Texas Imbolc Retreat at U Bar U in Kerrville, Texas. This will be my third year at this event. It’s a weekend of rituals, workshops, storytelling, and great conversation. There is simply no substitute for at least occasionally spending a few days immersed in Paganism and Druidry. If you can’t go to a large national gathering, find a smaller retreat near you. Even if it’s not exactly your tradition, you’ll benefit from getting away and spending time with like-minded folks.

I’ll be presenting “The Dark Side of Druidry,” a week in advance of doing it at…

I’ll be presenting “The Dark Side of Druidry” on Saturday, February 13, at 9:00 AM PST in the Monterey Room. I’m actually happy to have an early slot: no matter how late the Eastern and Central time zone folks stay up on Friday night, they’ll be awake early on Saturday. West Coast friends – just set your alarm clocks to get up in time to make it. If you just can’t get up that early I’ll be presenting “Bardic Magic” on Sunday, February 14, at 3:30 PM PST in the ADF Hospitality Suite, Room 253.

I’ll also be doing some work in the Temple of the Morrigan, which is organized and facilitated by the Coru Cathubodua Priesthood. If you’re at Pantheacon, come to one of my presentations or just say hello in passing.

4) A couple years ago I wrote about The Reality of Limits. In that discussion, I talked about “soft limits” – things that are possible separately but impossible together. There is no better example of soft limits than Pantheacon. In each time slot, there are as many as 13 different activities on the main schedule, plus stuff going on in the hospitality suites, plus private gatherings and informal conversations. You can do any one of these things, but you can’t do them all.

There are numerous activities on the program I really want to do – either because of the material or the presenter or both – that I’m just not going to be able to do. And I’m too old to do without things like food and sleep!

It should be a fun weekend, but it will be a busy weekend.

5) Then in March I’ll be at the OBOD Gulf Coast Gathering in Louisiana, where I’ll be giving my “Bardic Magic” presentation again. I went to the inaugural GCG last year and had a great time. It’s a smaller event, and it’s limited by the size of the campground… plus word has gotten around about how good the OBOD camps are. This year’s GCG sold out in three days.

We really need more OBOD camps in this country. Organizing them is a lot of work, but it’s well within the capabilities of a small group of dedicated Druids.

6) It’s not till August, but it’s not too early to register for this year’s Many Gods West conference in Olympia, Washington. Last year’s conference was excellent, but the host hotel left much to be desired (like air conditioning that could keep up with a heat wave). This year’s conference will be held at a much nicer venue.

Many Gods West is a polytheist conference. While there’s lots of fun stuff, it has a far more serious tone than Pantheacon, and a more formal setting than retreats like ADF Texas Imbolc or OBOD Gulf Coast Gathering. There’s nothing quite like it on the Pagan convention / festival schedule.

I’m going to present something on the theme of “building polytheist community,” but I’m still talking with the organizers about just what that presentation will look like.

7) And since this Nine Things I Think has turned into John’s 2016 Pagan Travel Schedule, let me mention the final event. I’ll be a “special guest” at the 2016 CUUPS Convocation, August 26-28 in Salem, Massachusetts. This will be CUUPS first convocation since 2004. The theme is “Awakening Our Tribe.”

Other special guests are Rev. Shirley Ranck, author of Cakes for the Queen of Heaven and The Grandmother Galaxy; Gypsy Ravis, High Priestess WQ of the Temple of Akhelarre and Principal Minister of The Temple of Nine Wells, ATC in Salem; and Jerrie Hildebrand, member of the CUUPS Board of Trustees, an advisor for the Lady Liberty League, and an Ambassador to the Parliament of the World’s Religions. The Musical Guest is Silver Branch, a local band that performs traditional earth-centered music including early folk, Celtic, and contemporary Pagan music.

8) Travel is expensive and there are environmental costs as well as financial ones. It can be frustrating, especially when air travel and airport security are involved. But there is simply no substitute for going some place you’ve never been and experiencing it first-hand. There is no substitute for meeting new people, or for talking face to face with someone you’ve only met over the internet.

For all its costs and difficulties, travel is cheaper, safer, and easier now than at any time in human history. You can travel on almost any budget. Whether you travel to festivals and conferences, go on touristy vacations, or perform religious pilgrimages, go. Places change, political situations change, and some day you will no longer be physically capable of traveling. Go while you can.

9) We’re approaching the end of January and there’s only one real football game left in the season – the Super Bowl… which is as much of a cultural event as a sporting event. I can’t remember a year when I’ve watched less football. I’ve been busy, Dallas had a horrible year (4-12), and while my favorite college team (Tennessee) had a good year, they got off to a bad start and I didn’t watch them much till the very end of the season.

But I’m happy Peyton Manning is back in the Super Bowl, and while I’ll be cheering for Denver, if Carolina wins I won’t be terribly upset. The main thing is that the New England Cheatriots (a very apt name I borrowed from Jason Mankey) have already been eliminated. 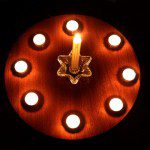 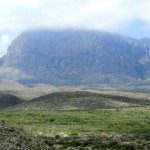 January 31, 2016 Racism Cannot Be Tolerated
Recent Comments
0 | Leave a Comment
"The alt-right flourishes because of systemic white (cis, straight, male, abled, rich) supremacy and because ..."
Joanna Berger The Downfall of a Prophet
"Methinks that Kamala is in training to move into the White House. She's more or ..."
Macha NightMare Enjoy This Day: 10 Thoughts on ..."
"We have had several bad ones esp Bush 2 but yeah Trump has made his ..."
Rev. JP Vanir Enjoy This Day: 10 Thoughts on ..."
"I don't know the particulars of what this prophet said, but can we really say ..."
kenofken The Downfall of a Prophet
Browse Our Archives
get the latest from
John Beckett
Sign up for our newsletter
POPULAR AT PATHEOS Pagan
1 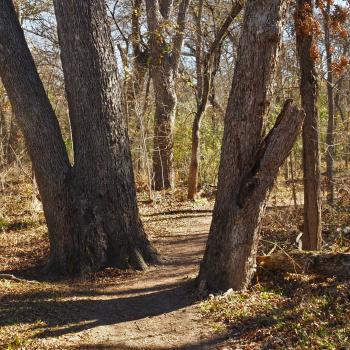