Doubts, Fears, and TV Preachers – Dealing With the Urge to Turn Back

Very few of us were born Pagan. Most of us grew up in another religion and then later became Pagan. For some this was a sudden conversion. For others it was a gradual process of leaving the old and embracing the new.

Any time you make a major life change, there will be doubts and fears. Even if you research diligently, analyze intelligently, contemplate mindfully, and choose wisely, there is always the chance that things won’t go well. This is especially true with religion, where the choices are many, uncertainty is high, and there’s a constant barrage of proselytizers telling you their way is the only way. Those doubts and fears can linger for years.

Recently I’ve had e-mails from several people who are feeling an urge to abandon Paganism and return to the religion of their childhood. I heard from someone else who already reverted to Christianity but  now wants to give Paganism another try.

There is no shame in fear and doubt – they’re part of being imperfect humans who have to make decisions with imperfect information. But fear and doubt can be overcome, and TV preachers can be banished into irrelevance. 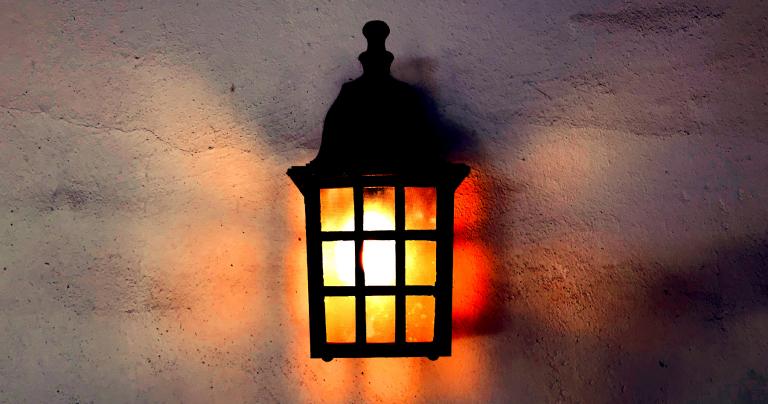 Paganism isn’t for everyone

Christianity and Islam both claim they’re the one true way that everyone should follow. Paganism and the rest of the world’s religions make no such claim. If you feel called to return to Christianity, or perhaps to move on to Buddhism, that’s not necessarily wrong.

I hope no one ends up in the fundamentalist versions of Christianity or Islam, and I hope no one changes their religion out of fear or coercion. But if you need a religion with the physical structures of an established church, or you miss the hymns you sang as a kid, or you feel called to follow Jesus, by all means find an inclusive and welcoming Christian church.

Paganism speaks to me, and it speaks to the lived experiences of many people in our contemporary world. But there are many ways to live a good life. If you think you’d be happier going back, then you owe it to yourself to consider going back.

But if you feel a call to the Old Gods, if you find the divine in Nature, or if you have an interest in magic, then Paganism probably is for you.

And sometimes Paganism’s biggest problem is Pagans. We can be as bad as Christians about thinking our way is the only “right” way to be a Pagan. Some think every way is just as good as any other way. Some believe things that are demonstrably false. We mix religion and politics in ways some find distasteful and others find inadequate. And like every other religion, we have some with limited social skills and others who are genuinely bad people.

This is one of the reasons Paganism has so many solitary practitioners.

I believe the value of religious communities far exceeds their costs, and I’m doing my best to help make the Pagan organizations I’m part of both welcoming and functional. It’s worth searching for some place you’ll fit in, or if necessary, creating one.

But if some Pagans have annoyed, offended, or even harmed you, I encourage you to direct your anger at them individually (and collectively, where appropriate) and not at the movement as a whole. Paganism has many forms and many expressions. Find the one that’s right for you. 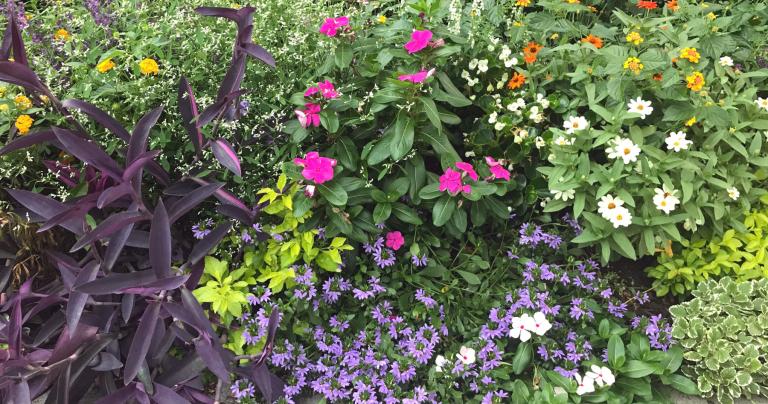 Find the source of your discomfort

But for most people who consider turning back, the main problem isn’t troublesome practitioners. The main problem is concerns over questions of cosmology, theology, and philosophy – the foundational assumptions about the nature of the world that most of us take for granted.

I’ve written at length about religion and bad assumptions, including a UU Sunday Service by that title. So much we think we know is simply the regurgitation of what we were taught as children.

How many Gods are there? What happens after we die? Which came first, matter or consciousness? Is there such a thing as good and evil, or are there only virtues and the lack thereof?

Do you have serious intellectual difficulties with the foundational assumptions of Paganism? Or is some fundamentalist preacher attempting to exploit your childhood fears of an afterlife you don’t really believe exists?

Solving a problem begins with defining the problem. What’s behind your urge to turn back?

There is a whole branch of philosophy called epistemology – how do we know what we know? I lean toward pragmatism – if it works, it’s true. Still, the fact that there are multiple competing theories of knowledge points toward the inherent uncertainty of life. And when you move into the realm of religion, those who are most certain base their claims on fallible sources like sacred texts or cultural traditions.

There is no such thing as religious certainty. And yes, I’m aware of the irony of claiming certainty about uncertainty. Life is complicated – deal with it.

Embracing uncertainty doesn’t mean letting all reason fly out the window. Some things are clearly not true, and others are so unlikely they don’t deserve our time and trouble. But where there are many possibilities, we are free to explore them in as great a depth as we like, then choose those that seem most likely to us.

Practice long enough and deeply enough and eventually you’ll reach the level where you feel like you know. I’m there with my experiences of the Gods and the Otherworld – I’ve seen and done too much to turn back. But I recognize that others who haven’t had my experiences are under no obligation to take my word for it. And at the end of the day, I could be wrong.

Whatever you believe, you might be wrong. But the fundamentalists are almost certainly wrong. 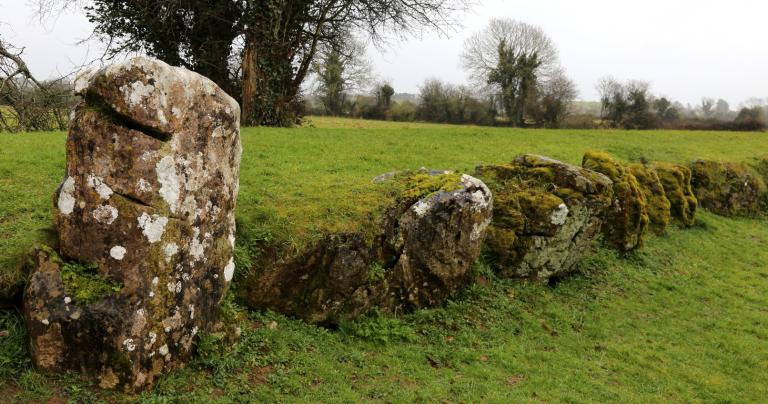 I hear too many Pagans who say “this is what I believe and you can’t tell me I’m wrong!” This is a lazy approach. Even if you have no interest in debating fundamentalists and atheists (something I got tired of doing last month) you need to convince yourself that what you’re doing is as close to correct as you can get.

There is scientific evidence for the reality of magic. There is evidence that polytheism is humanity’s default setting. Animism is a valid philosophical approach, and from my perspective is more reasonable than materialism.

You don’t have to become a professional philosopher or theologian. You just need to build an intellectual foundation for your religious beliefs and practices.

Listen to your heart

Building an intellectual foundation is important, but we have a heart as well as a head. We have a left brain and a right brain. We have reason and we have intuition. Use both.

By all rights I should be an atheist. I have an affinity for math and science. I found the claims of fundamentalist Christianity to be based on false assumptions. But even as I rejected that religion, something deep inside kept whispering “there’s more.”

If we work diligently, our intellect and our intuition can take us far. But neither approach can make a religious decision for us. Eventually we have to make a choice.

There is a time for exploration. You don’t have to commit right away. When you’re starting out, it’s perfectly appropriate to try things on and see how they fit. It’s OK to go the Full Moon Circle on Saturday and then go to church on Sunday. For a while.

I can’t tell you how to make that decision. I can’t tell you the proper mixture of reason and intuition – that’s different for everyone. But I can tell you that until you do make a decision, you’ll never get very deep into any religion, whether it’s Paganism, Christianity, or anything else.

Move forward boldly. Or turn back. But choose. 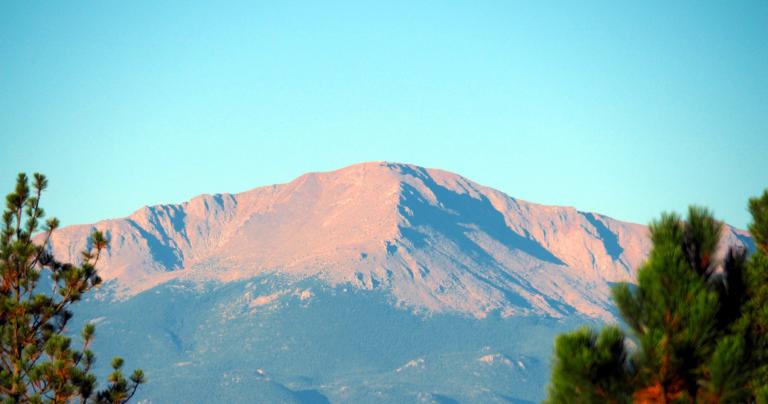 There is value in crossing a line

It’s one thing to read Pagan books, attend Pagan rituals, and even to worship Pagan Gods. It’s another thing to stand in the presence of the Gods and declare “I will follow you.” Taking an oath is a serious and permanent matter.

Take the oath in the context of a transformative initiation and its impact will be even stronger.

Some witchcraft traditions require a transgressive act: renouncing your baptism or reciting the Lord’s Prayer backwards. Once you do that you pretty much can’t go back. That makes sense in a world where Christianity is the only acceptable option. But in a world where all the religions of the world are possibilities, rejecting one – even the one you grew up with – still leaves you with more options than you can manage.

It’s not enough to reject your old religion – you need to commit yourself to your new religion.

I’ve talked a lot about belief in this post. Beliefs are important, because our beliefs influence our actions. Beliefs are what cause some of us to want to revert to our old religion. But ultimately what we believe is less important than what we do.

Read and study. Build a devotional practice. Spend time in Nature. Celebrate the seasons. Work magic. Whether you do it alone or in a group, nothing will build a strong commitment to Paganism like actually practicing Paganism.

There is no shame in fear and doubt, and the shame of proselytization belongs to those trying to force their belief on others, not on those who hear them and are disturbed. If you feel an urge to revert to your old religion, address it head-on.

May the blessings of the Gods and ancestors be with you as you walk your Pagan path. 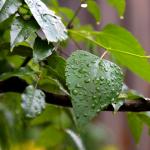 September 25, 2018
Everything Is Important But Everything Can’t Be First
Next Post 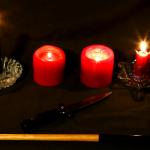