Cooking a Spiritual Feast in a Potluck Community

People come to the table of the Pagan community like a starving man expecting a spiritual feast.

Instead, what they find is a small and loosely organized potluck. Along with the polite suggestion that they contribute a dish next time.

Some folks never quite reconcile the cognitive dissonance.

This is a metaphor. And it’s a high level, generalized metaphor – it isn’t universally true. People come into the Pagan community for all kinds of reasons, looking for all kinds of things. But it is generally true, and for some of us, disturbingly true. And so I think it’s worth exploring in more depth.

Why do we have so many small potlucks instead of spiritual feasts? And what can we do about it?

We had bad experiences at other religions’ feasts

The power of association is a lot stronger than deductive logic. All we know for sure is that we got hurt at a spiritual feast. The problem wasn’t the idea of a feast – the problem was the dishes on the table and how they were cooked. But we want to be sure we don’t get hurt again, so we avoid feasts – even the ones that serve the food we’re craving most.

We need to get over our fear of religion. And then get to work building (or rebuilding) our own.

We’ve been told egalitarianism is better than excellence

Too many of the participants get indignant if anyone suggests that a gourmet dinner is better than their green bean casserole.

The problem is that some Pagans think that because not everyone can do deep spiritual work (or more frequently, wants to do it), none of us should. Or if we do, we should keep it to ourselves.

Last year we had a rash of Pagan elders behaving badly. Or perhaps, the practice of Pagan elders behaving badly stopped being overlooked (the first is a bad thing – the second is a good thing). But once again our association was stronger than our deductive logic and too many people decided rather than holding elders and leaders accountable, we should simply have no elders or leaders.

But we will never get beyond the green bean casserole level of Paganism if we don’t have people who are skilled and experienced, who practice and experiment and refine their beliefs and practices, and then show us what a spiritual feast can be.

Egalitarianism is no substitute for excellence.

Feasts are a lot of work

I’ve always loved Thanksgiving. What’s not to like about a holiday centered on food, family, and football? But I wasn’t the one doing the cooking. When I was growing up my mother would cook a turkey, a ham, cornbread dressing, mashed potatoes, sweet potatoes, cranberries, green beans, corn, rolls, and several desserts. She started prepping early in the week, then cooked all morning on Thanksgiving Day.

Spiritual feasts are a lot of work too. It takes years to learn how to cook in the kitchen of the Gods. And so many people settle for the spiritual equivalent of a baloney sandwich: quick, easy, and filling, but not particularly nutritious or satisfying.

Actually creating a spiritual feast requires as much work as my mother put into her Thanksgiving dinners. And as with cooking, much of that work is hot, dirty, and tiring. 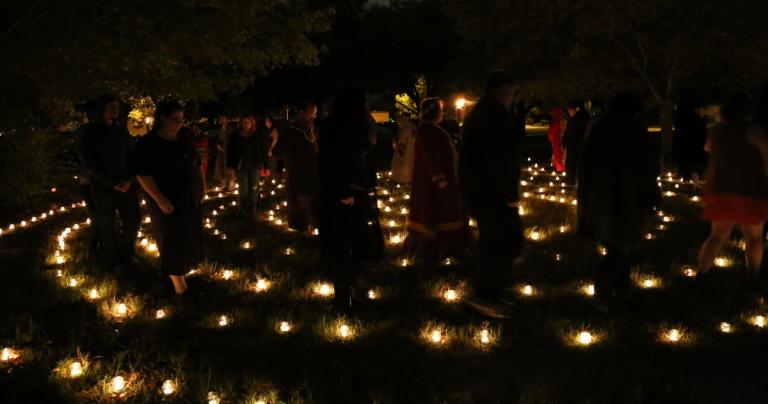 I could go on and on, but I think you get the picture. This is where we are and why we’re here. Now, what can we do about it?

The good news for all our Pagan uber-individualists is that there’s no one right way to have a feast. A gourmet French dinner looks and tastes very different from a Texas barbeque. But both make excellent feasts.

Like both of those culinary examples, a good spiritual feast stays within one tradition. If you want to be a Wiccan, set your sights on becoming a 3rd degree Gardnerian. If you want to be a Druid, start the OBOD training program and work your way through Bard, Ovate, and Druid. Or do the training program in one of the other Druid orders. A spiritual feast requires spiritual depth, and you’ll never get spiritual depth if you keep sampling a bit of this and a bit of that from the all you can eat religious buffet.

The best way to learn what a spiritual feast looks like – whether we’re using “feast” as a metaphor for an individual ritual or for a whole spiritual tradition – is to see one first-hand. One of the best rituals I’ve ever been a part of was the main ritual at the 2012 Between the Worlds conference, presented by the Assembly of the Sacred Wheel. This wasn’t a ritual I’d ever lead: ASW is a Qabalistic Wiccan group – I’m a devotional polytheist. But I could see and feel the depth and the attention to detail in their ritual (not to mention the results that came from it) and that inspired me to keep adding more depth and attention to detail in my own.

If you want more spiritual feasts in the Pagan community, more Pagans are going to have to learn how to cook.

This starts with mastering ingredients: the history and lore of your tradition, its cosmology and theology. In the case of magical traditions, this means mastering literal ingredients: herbs, stones, and other items that go into magical workings. As a Druid I studied Celtic lore, sacred sites, ogham and the trees it’s based on, and what we know about the ancient Druids. Among other things.

Then move on to learning cooking techniques – the practices we use to collect, assemble, and manipulate our ingredients. This is mediation, prayer, offerings, and all the many forms of daily spiritual practice. It’s ritual composition and all the things to take into consideration when composing special rituals.

I wouldn’t call the first public ritual I ever led a spiritual feast, but it was pretty good. It should have been good – I put a ton of time and prep work into it. The rituals I lead now are far better, because I’ve been practicing for 15 years.

There is no substitute for dedicated study and practice. 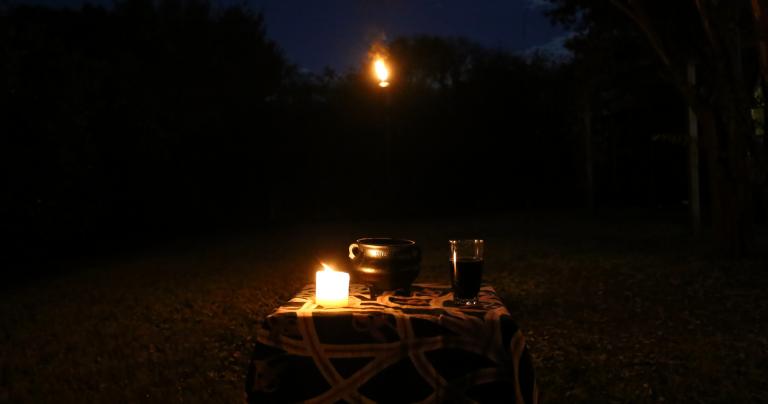 Invite others to your feasts

If I’m alone I don’t hesitate to cook good food for myself, or go to a nice restaurant by myself. Fine food shouldn’t be restricted to couples. But all those Thanksgiving feasts wouldn’t have been nearly as good without the family to share them with.

Likewise, our spiritual feasts are better when shared with our co-religionists. Even two people in a ritual makes it stronger than with just one. Nine or thirteen or nineteen are better still. More than that and the nature of the ritual changes, but if they’re written for large groups, more is better.

Inviting others to our feasts enables us to practice hospitality, arguable the first among Pagan virtues.

And when you’re invited, support other people’s feasts. More participants helps them just as much as it helps you. And while their main dish may not be your main dish, you can learn something just the same.

Travel off the map

It’s fairly easy to move from a snack to a meal. Moving from a meal to a whole Pagan feast is harder. There is so much we lost when Christianity became the dominant religion in the West: temples, books, statues, priesthoods, liturgies, and more. Druidry disappeared for a thousand years. Magic was preserved better than anything else, but even that was mixed with the official religion.

Reconstruction brought back some of what was lost. Mainstream history, archaeology, and anthropology help build a scholarly foundation for our Paganism(s). But there are some things that will never be reconstructed. Those things have to be rediscovered.

Some of us regularly journey off the map. We experience the Gods and spirits first-hand, listen to what they have to say, and then do our best to manifest it in this world. And then we draw maps – or to continue the food metaphor, we write recipes – so those who come after us can follow in our footsteps, and then go farther on their own.

People who do this kind of work tend to not talk about it, and people who talk about it usually haven’t done nearly as much as they claim. But show you’re serious – show you understand what’s involved – and you may find yourself in a traveling party with nothing but the stars to guide you.

There’s a place for small, loosely-organized potlucks, both metaphorically and literally. They’re easy, they can be fun, and anybody can participate in them. But they’re no substitute for a real feast.

A common Pagan blessing says “may you never hunger.” That’s a noble sentiment. But in this case I prefer to say “may your hunger lead you to the feast you need, and may you prepare a true feast for those who hunger.” 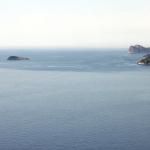 January 10, 2019
The Ocean Will Always Be A Foreign Place To Me
Next Post 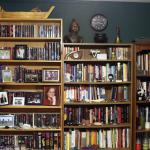 January 15, 2019 Books Are Wealth and That Brings Me Joy
Recent Comments
0 | Leave a Comment
"Yes, the "who is considered a Witch" question can lead to some real heated debates. ..."
Amanda Ingalls Who is Really a Witch?
"I LOVE watching anything related to space. I read "Adventures in the Solar System" when ..."
Amanda Ingalls Paganism in Space – Beyond “Earth-Centered”
"I got into a fairly heated discussion on this subject not with my family, but ..."
Amanda Ingalls Do the Gods Care About Everyone?
"I think Deities care more about some of us than others, or at least want ..."
Woods Wizard Do the Gods Care About Everyone?
Browse Our Archives
Related posts from John Beckett