Three Circles of Paganism: the Plumber, the Priest, and the Mystic

Three Circles of Paganism: the Plumber, the Priest, and the Mystic October 6, 2019 John Beckett

If you want to start a fight at a Pagan gathering, suggest that Paganism needs rules, structures, and fixed traditions. Then sit back and watch as people start arguing about “gatekeeping” “creating dogma” and my favorite “making yourself the Pagan pope.”

Of course, you can start a fight the other way too. Simply suggest that there should never be any secrets or oath-bound material, and that every group and tradition should be open to everyone (“why won’t anybody teach me Feri?!”).

We Pagans tend to be a reactive bunch, throwing the baby out with the dirty bathwater. We were hurt by fundamentalist religion, so we want a religion (or a not-religion) with no rules at all. We were abused by authority figures, so we want a religion with no priests or other formal leaders. Or we burned our fingers with magic, so we want to put Spellcasting 101 behind initiatory oaths so we can make sure nobody does magic who isn’t ready for magic. 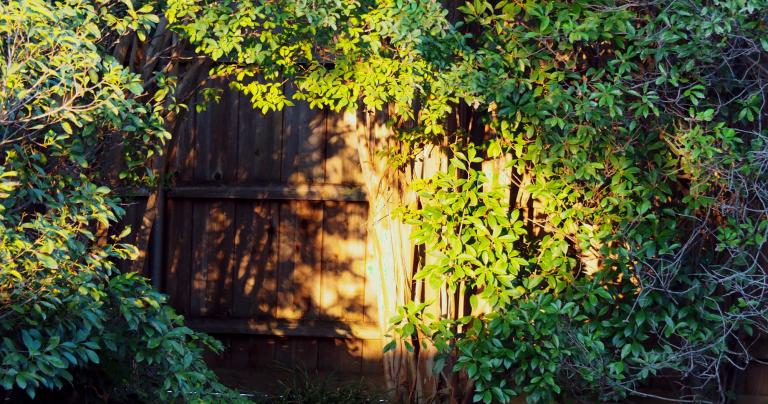 We often miss the point that while Paganism is a movement with centers and directions, our individual Pagan groups and traditions are institutions. They have boundaries that define who and what they are. Those boundaries can take many forms.

You don’t get much more inclusive than a CUUPS group, and Denton CUUPS welcomes all who come in love and friendship. You can be a polytheist, a pantheist, a non-theist, or even a monotheist and be welcome in our group. But white nationalists are not welcome. Homophobes and transphobes are not welcome. These are our boundaries – they define who and what we are. Without them we could not be faithful to our mission as Unitarian Universalists and as Pagans.

Not all boundaries are about keeping bad people out. Some boundaries are about maintaining a tradition or a religious focus. I’m happy to dance the Maypole with all people of good will, but I cannot do ecstatic polytheist ritual with atheists and monotheists. You wouldn’t expect a vegan group to discuss recipes for barbequed ribs and you wouldn’t expect a writers’ group to hold a workshop on painting techniques. Our religious boundaries deserve at least as much respect.

I think a big part of the arguments come from a misunderstanding of which boundaries apply to which people, and – as happens so many times – from applying Christian assumptions to Pagan and polytheist religions.

There is no One True Paganism

Conservative Christianity – whether Protestant or Catholic – teaches that it is the one true faith, and all who reject it are damned. So while they may say “all are welcome here” what they really mean is “all are expected to become just like us.” If you don’t fit those expectations, you have a problem. Either you change who and what you are (or try to) or you leave something that’s been part of your family and cultural heritage for generations… and (according to them, anyway) risk eternal damnation.

Paganism make no such claims. At least when it’s properly understood, Paganism doesn’t even claim to be one thing – so much so that some traditions that are generally considered part of the Pagan movement refuse to call themselves Pagans.

[For more on the origin and usage of the term “Pagan” – including why I call myself one – see this post from last year What Makes Paganism Pagan? Be sure to read the commentary at the end by Dr. Edward Butler.]

So if you feel excluded – or are excluded – from one Pagan tradition, it doesn’t mean you have to change and it doesn’t mean you’re going to Tartarus when you die. It means you’re a vegetarian at a pig roast, and you need to keep looking. You don’t want to eat the pig, and while the carnivores may be happy to nibble on your vegetables they’re not going to give up their ribs. The boundaries are there to preserve meaningful differences. 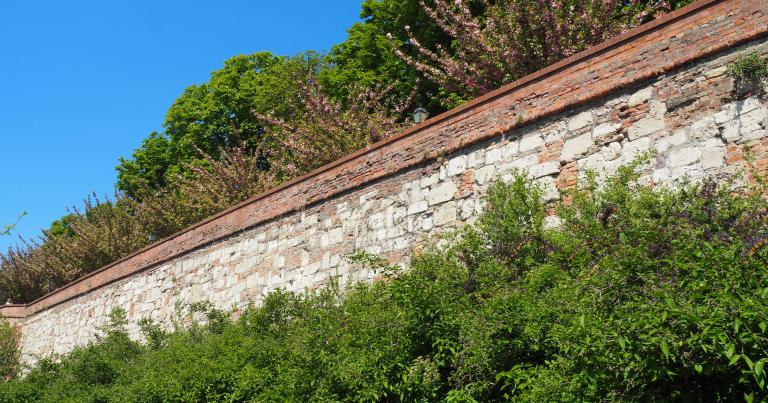 I often say that I want my religion to be as accessible to the plumber and the accountant (i.e. – ordinary people) as it is to the priest and the mystic. The problem is that plumbers and accountants by and large want different things from their religions than priests and mystics.

There’s a place in the Pagan movement for people who are completely devoted to their Gods and completely committed to their craft. But we cannot expect everyone to have that level of commitment. If we do, those who just want to show up for the high days will find their way to Buddhism or liberal Christianity or (more likely) to the Spiritual But Not Religious.

We need a Paganism that serves these people. Certainly it should encourage them to contribute to the upkeep of the community (with time or money or both) and we should provide a ready path to greater involvement for those who discover they really want something more. But it needs be to as easy to walk into a Samhain celebration as it is to walk into a Sunday morning service at the local Presbyterian church.

And if you don’t want plumbers and accountants at your super special Samhain circle, you’re not obligated to invite them. But they need some place to go, and someone in the wider Pagan community has to provide it.

The boundaries for this circle must be low and flexible. We want to exclude people who do bad things (white supremacists, sexual abusers, etc.), but the requirements for orthodoxy (“right belief”) must be minimal.

I usually advocate for a fairly specific definition of priesthood: it is a formal relationship that involves service to the Gods, mediation for the Gods, and service to the community. Here, though, I want to expand it to include all the things that people who call themselves priests or who serve as clergy do in the contemporary Pagan movement.

This circle of Paganism is for the people who get things done: those who rent the buildings, write the rituals, and clean up when it’s over. Those who pray and make offerings on a regular basis, creating and maintaining divine relationships they can then present to the wider community. Those who officiate the weddings and funerals, who take over the house cleansings when they turn out to be bigger than expected, and who answer the calls when people are in spiritual crisis and don’t know where to turn.

Priests aren’t “better” than plumbers, but they fill a different role. Typically (though not always) they are more committed to their practices and their communities. Because of this commitment they usually have more influence in the affairs of their organizations, and rightly so.

Each tradition and organization must set its own boundaries, but these boundaries must be fairly high. ADF members can and should debate how ADF should be structured and run, but an ADF grove cannot be run the same way as a Gardnerian coven, or for that matter, as an OBOD grove. Tradition, process, procedures, and even hierarchy all matter.

The institution and its mission are more important than any of its individual members and their own personal needs. Thus it has boundaries of both orthodoxy and orthopraxy.

The third circle of Paganism consists of those who frequently experience the Gods and spirits first-hand, who work the strongest magics, and who have the “fire in the head” – Pagans who are off the map.

On one hand, the boundaries for this circle are extremely high. You want in? Prepare to have your life turned upside down. Prepare to be pierced with a flaming spear. Expect huge assignments with tight deadlines and no tolerance for failure. That’s the price of admission, and once you’re in, you’re in for good. Walk away and be marked as an oath breaker, in the Otherworld if not in this world.

On the other hand, each tradition and to a certain extent each person has their own boundaries. What is required of me is not what’s required of the witch, the priest, and the nun who do the same work in the same group, nor are their requirements mine.

These are boundaries of commitment. If you aren’t willing to make and keep the commitment, you cannot be in this circle. 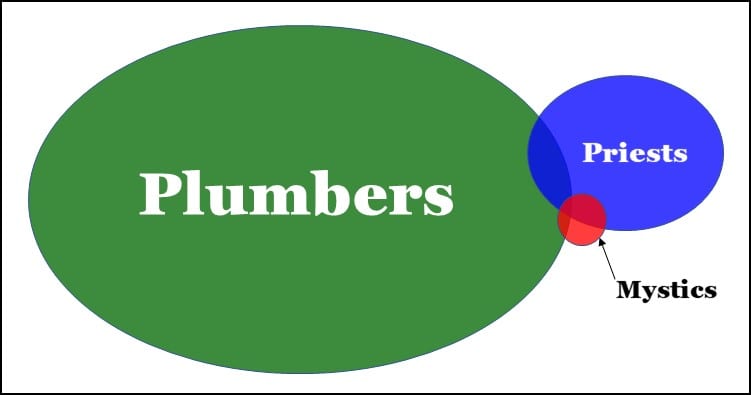 One, two, or all three

It is entirely possible to be in all three of these circles. You can be a mystic who does the work of a priest and who makes their living as a plumber. Or in my case, as an engineer. You can be in different circles in different traditions. For all of my devotional work, my community service, and my public writing and teaching, within ADF I’m an ordinary member.

What Paganism in its broadest sense offers is the ability for you to participate in the circle or circles that call to you. Each circle has boundaries, because each circle is different from every other circle. Is this where you belong, or are you a vegan and this is a pig roast? The zucchini and hummus group is down the street.

And if the exact group you want, with the exact beliefs and practices you need, and the exact boundaries that seem right to you doesn’t exist? Congratulations – you’re now the founder of a new tradition. Better get busy. 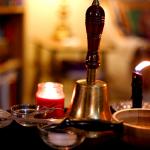 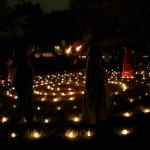 October 8, 2019 The Spiral Labyrinth: Beauty and Mystery at Samhain
Recent Comments
0 | Leave a Comment
"Renewing my real ID in Washington State costs $76 for five years."
Gordon Cooper Voter Suppression Bills: Intent Matters, Impact ..."
"These are barriers which are modest or even trivial to many of us but which ..."
kenofken Voter Suppression Bills: Intent Matters, Impact ..."
"Trump and top politicians and their lawyers know full well there was no significant fraud ..."
kenofken Voter Suppression Bills: Intent Matters, Impact ..."
"I remember finding Chick tracts in bookstores I've worked at, especially among the pagan books. ..."
Trellia To Those Proselytizing Out Of Love: ..."
Browse Our Archives
get the latest from
John Beckett
Sign up for our newsletter
POPULAR AT PATHEOS Pagan
1