I thought about seeing it when it came out last fall, but I never did. It did very well at the box office and was well-received by critics. It was also heavily criticized by those who said it stigmatizes mental illness and excuses violent behavior by people who mistake the loss of privilege for oppression.

I watched it for 30 minutes and then I had to leave the room. The bullying and other abuse Arthur Fleck received was too much for me.

So I went looking for another movie for the evening.

I’ve been rewatching the Underworld movies. They’re not great art, but they’re the kind of supernatural horror I enjoy. It had been a long time since I had seen the third movie in the series, Rise of the Lycans from 2009. I remembered I didn’t like it as well as the others, but I didn’t remember why, other than it doesn’t have Selene (Kate Beckinsale) in it. So I figured this was a good time to watch it again.

Spoiler alert… except not really, because Rise of the Lycans is a prequel whose outcome you know if you’ve seen the first two movies in the series. But if you’re particularly spoiler-allergic, skip the rest of this paragraph. Vampire elder Viktor burns his daughter in the sun because she’s pregnant by a werewolf, who Viktor considers inferior animals. More bullying and abuse by the powerful. I finished it, but it wasn’t fun.

I realized I’ve become very selective with my entertainment – almost fragile. There’s so much unpleasantness, injustice, and abuse in the real world. Even if we only experience a bit of it ourselves we can’t help but see its impact on others. While we have an ethical responsibility to not look away from real world injustice, we have no such obligation when it comes to entertainment.

It is wise to be careful with the entertainment we consume at any time, but at times like these it’s critical that what we watch, read, and listen to supports us and builds us up and doesn’t drag us further down into despair.

And that brings me to the title of this post. It’s a cliché that bad times generate good art. Like all clichés there’s an element of truth to it, but also some wide generalizations. Bad times are almost always bad for artists – all but the most commercially successful struggle financially even during good times.

The suffering but brilliant artist is another cliché that reflects the truth that artists are often wired differently from other folks… but also the truth that rest of us like enjoying art but we don’t like supporting the people who make it.

Perhaps bad times drive all but the most dedicated artists to do something else. Thus we don’t have to wade through a lot of mediocre art to find the good stuff.

But the people who choose which art gets widespread distribution – especially TV and movies – are also the most insulated from bad times. They’re notoriously less interested in what’s good than they are with what will sell.

And I wonder if perhaps the rest of us are engaging in some selective memories. A book or movie or song that we find merely enjoyable in good times can suddenly be life-changing in bad times. The art hasn’t changed – the viewers of the art have.

Sharon Knight: a perspective from a working artist

Rather than only relying on my own second-hand analysis, I decided to ask a real working artist. Sharon Knight is a singer, songwriter, and teacher. I interviewed her in 2013 and I reviewed her album Portals in 2016. Three of My Top 10 Pagan Albums of All Time are hers in whole or in part.

Here’s what Sharon had to say about bad times making good art.

I would say it depends on how one reacts to the bad times. If one tends to shut down, disconnect, and fall into a depression, no art of any kind is likely to come from that space. However, if the hardship knocks one out of their habitual patterns – the sleepwalk that we tend to fall into when life is predictable – then that can produce states of inspiration that bring about good art. Being knocked off our center by the unexpected can cause us to crack open, and it is this cracking open that leads to inspired art.

Flow of Awen is needful for inspired art. Sometimes a traumatic experience can trigger us into that “cracked open” state that allows Awen to flow, and in this way, bad times can lead to good art.

This makes perfect sense to me. Whether you consider blogging to be art or not (I lean toward not) if the Awen doesn’t flow I can’t write. And the Awen has been flowing rather slowly lately.

Looking for art in the wrong places

While it’s too early for pandemic-inspired art – books and movies take years to make – I marked the arrival of The Storm in early 2016,  after a long warning that it was coming. That’s plenty of time for inspiration to work its way into the creative community. But with the possible exception of The Witch (a movie I like but don’t love) I’m just not seeing it.

Not seeing it from the mainstream outlets, that is.

That means good art is often hard to find, particularly if you aren’t actively looking for it.

Good art from the bad times of Tower Time

What artists are making good art from the bad times of Tower Time? I’m probably the wrong person to answer that question. I write about what I like, but I don’t read/watch/listen enough to be an effective reporter.

Sharon Knight’s “Fire in the Head” comes to mind. Her plugged-in band Pandemonaeon’s 2010 album Dangerous Beauty could have been the prelude for The Storm.

The work of Alkistis Dimech and Peter Grey belongs on the list, though I’m referring mainly to their own work rather than what they publish through Scarlet Imprint. The Brazen Vessel could be scripture for Tower Time – the hardcover even looks like a holy book. Apocalyptic Witchcraft doesn’t use the term “Tower Time” but it could have been an early warning that its arrival was imminent.

How about the Sola Busca Tarot? It was supposedly first published in 1491. It may be up to a hundred years younger, but in any case it’s among oldest of Tarot decks. But it only became readily available last year.

Are there mainstream movies and TV shows I haven’t noticed? Books in a genre I don’t read? Music I haven’t heard? I haven’t even touched the category of visual arts, even though I play in that sandbox as a photographer (sorta kinda – my photography is more about documentation and illustration than art). Please list your suggestions in the comments.

Good art helps us understand the bad times in which we live. It comforts us, inspires us, and challenges us. Let’s share the good art we find… legally and with proper credit – artists deserve to be paid for their work the same as the rest of us.

And if we can’t find what we need, let’s go make it ourselves. 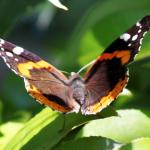 May 26, 2020 Mayor Says Women Can’t Lead Prayer
Recent Comments
0 | Leave a Comment
"I used to have an online acquaintance who didn't believe in god(s) because, they claimed ..."
MadGastronomer 9 Ways to Facilitate Spiritual Experiences ..."
"I finally have time to watch it and started yesterday. It has a Riverdale/Sabrina vibe, ..."
Nekoshema Wednesday
"Yes!!! So glad I am not the only one that thinks this!! LOVED this show, ..."
Erin McGuire Wednesday
"Thank you for this. I did not know about "Wednesday" and reactivated my Netflix account ..."
OrderInTheQuartz Wednesday
Browse Our Archives
Related posts from John Beckett