The Evolution of My Pagan Ritual Liturgy

The Evolution of My Pagan Ritual Liturgy December 17, 2020 John Beckett

Tomorrow’s Winter Solstice Ritual will be the seventh online ritual I’ve done this year. All of them follow a similar ritual order and framework – a liturgy. We often think of liturgy as something Christians do, but the word comes to us from the ancient Greek lēitos meaning “public” and -ergos meaning “working.” Liturgy was Pagan long before it was Christian.

I’ve been using this particular liturgy for several years, but it didn’t start here. It’s been a journey. My Pagan ritual liturgy has evolved, and likely, it will continue to evolve.

To be clear, when I say “my liturgy” I mean “the liturgy I use.” I didn’t invent any of this. I’m not sure anybody invented any of it, at least not in our era. People have been doing these things for hundreds and hundreds of years.

I don’t even own this exact combination of ritual elements. Much of this liturgy evolved in my work with Denton CUUPS, and with other groups and individuals. Rarely have we sat down and tried to determine the best possible liturgy. Rather, we’ve added and removed elements because of specific needs at specific times. We kept what worked and discarded what didn’t.

This is how I got here, through 10 years of solitary practice and 17 years of group practice.

In the beginning was Scott Cunningham

Like most Pagans of this generation, my initial instruction was from books, in particular Scott Cunningham’s Wicca: A Guide For The Solitary Practitioner.

I’m not sure it would be fair to call my early workings “ritual,” much less “liturgy.” I was primarily focused on low-level magical workings. It would be a long time before I tried anything resembling high magic, much less devotion. Most of what could be considered liturgy was cleansing, casting a circle, and calling the quarters (a term I no longer use).

I wasn’t the only one. When I finally started going to public rituals, I mostly saw cleansing, casting a circle, and calling the quarters. I went to several rituals where there was ten to fifteen minutes of elaborate opening, ten minutes of elaborate closing, and maybe five minutes of an actual magical or religious working in between. That’s one of the reasons I’ve always emphasized “make the main event the main event” when I teach ritual.

The first time I led a public ritual was Summer Solstice 2003. That occasion has its own blog post, including how I was so nervous I almost backed out.

I wanted to do a Druid ritual, I didn’t know where to start, and most of the Druid rituals I found on the internet were from ADF – Ár nDraíocht Féin. I still have the script – it follows their Core Order of Ritual almost exactly.

Unlike Wicca and OBOD, ADF doesn’t cast circles and call quarters. The “world building” part of their liturgy focuses on the Fire, the Well, and the Tree. Over the years I’ve kept casting circles and invoking the spirits of the elements and directions – I explained why in a 2017 blog post (short answer: I find it helpful – my liturgy is very utilitarian).

But from ADF I learned to do a pre-ritual briefing, to let everyone know what you’re going to do and how to participate. I find that helpful even in a closed group that’s been working together for years.

I got the idea of a grounding meditation from ADF, and I still use a version of their Tree Meditation in my daily practice. It was a major part of my liturgy for many years, though lately I find myself using it less and less.

ADF introduced me to the idea of the Three Kindreds – the Gods, the Ancestors, and the Nature Spirits – and also to the idea that if we invite them into our rituals, we should make offerings to them. That gradually made its way into my liturgy.

OBOD and “borrow and blend”

I joined the Order of Bards, Ovates and Druids in Fall 2004 and began their training program. OBOD is part of the Western Mystery Tradition: they cast circles and call the spirits of the elements and directions much the same as Wiccans. That made it easy to move back and forth between my solitary OBOD rituals and my public CUUPS rituals, which were still heavily Wiccan.

Writing a ritual is hard, and when trying to do it for the first time most people do what I did: they find something they like on the internet and use that. The problem is that they throw together a bit of Wicca, a bit of ADF, a bit of traditional witchcraft, and a bit of something they saw on TV – and it doesn’t work. If you’re going to borrow, you have to blend – you have to give the whole ritual one theme and one voice. The same is true for rituals written by several people – someone has to edit it to make it sound like one person wrote the whole thing.

From about 2004 to about 2011, my liturgy had been borrowed and blended into a fairly consistent order. Pre-ritual briefing. Opening bell. Ground and center meditation. Formal opening. Cast circle and call quarters. Invoke ancestors and deities. Then the main working. After that the simple feast, reversing the grounding meditation, thanking the Gods, dismissing the quarters, uncasting the circle, a benediction and the closing bell.

Most of that liturgical framework remains. But there have been changes over the years.

The emergence of a polytheist

There were always deities involved in my rituals. Sometimes they were individual deities (I first met the Morrigan at Lughnasadh 2004), but many times they were simply “The Goddess” and “The God.” Reciting The Charge of the Goddess was a frequent ritual element.

My liturgy was quite flexible – it worked either way. But invocations and offerings became more important, as did choosing the right Deity of the Occasion. Figuring out that we need to honor Lugh at Lughnasadh or Brighid at Imbolc is easy, but who do we honor at Beltane? Sometimes it’s Whoever says “I want your next ritual” – we can’t nail the Gods to a calendar.

The Fair Folk demand their due

The Fair Folk are not to be trifled with, and whenever someone tells me they want to “work with the fairies” I send them to Morgan Daimler and hope they can be persuaded otherwise. But Denton CUUPS and its members have had a rather unique relationship with the Good Neighbors since before there was a Denton CUUPS. We have, upon occasion, acknowledged them in ritual and tried to maintain neighborly relations.

One such time was Beltane 2016. We invited the Fair Folk, we told some of their stories, and we were – in our opinion – quite hospitable toward them. They thought otherwise and helped themselves to an entire pitcher of wine.

Before the ritual we poured wine out of bottles into a glass pitcher and set it on a table near the main altar, to use in our simple feast. It sat there for at least a half hour. And then at one point in the ritual, with nothing going on around the table, the pitcher simply split, like what happens when you pour cold water into a hot glass. Except there was no sudden change of temperature anywhere.

For this and other reasons, I am now obligated to acknowledge the Fair Folk in my rituals – I can’t dump them in with the land spirits like I tried to do for several years. If you’re participating in one of my online rituals and you’re not comfortable offering to themselves, then don’t. I completely understand, and to a large extent, agree. But I no longer have that choice, and so my liturgy now includes recognizing and offering to the Fair Folk.

Early on my Pagan journey I learned that some people invoke Center as the fifth direction. I did that a couple of times, but never gave it much thought. Later, I learned about the Greek Omphalos and the Norse Yggdrasil – mystical centers of the world.

ADF teaches that the fire is a gateway to the Otherworld – but so are the Well and the Tree. But there’s something special about fire, going back to the idea that the campfire was humanity’s first sacred circle.

In this short video, I talk with ADF Archdruid Jean Pagano about the importance of fire in ADF ritual, and in Indo-European religion in general.

My invocation of the central fire varies from ritual to ritual, but it always begins with the statement “this fire is the intersection of all times, all directions, and all worlds.” It ends with “we make this offering, that our journeys may be safe and fruitful.” The fire is the mystical center of the ritual.

I run into some Pagans who dislike the whole idea of liturgy. For them, Pagan ritual should always be “spontaneous.” They are, of course, free to conduct their rituals however they like.

But while there’s a place for spontaneity, it’s mainly in solitary and very small group workings. In a medium to large group ritual, it usually leads to disjointed and ineffectual workings.

The Greeks – who gave us the word “liturgy” – had an order to their sacrifices and other public rituals. The Egyptians had a liturgy for everything – we have them because they painted them on the walls of their temples and tombs. In some cases they were literally carved in stone.

As I hope this post has demonstrated, our contemporary Pagan liturgies need not be permanently fixed. When there’s a good reason to make a change – either as a one-time thing or going forward indefinitely – then make the change. If it works, keep it. If it doesn’t, don’t.

But I encourage you to make changes mindfully. Break rules on purpose, not haphazardly. You don’t have to justify your changes to me or to anyone else. You just have to convince yourself that you’re changing a liturgy that works because something else might work better, not just because “this is cool and I want to do it.”

Good liturgy should be a living thing. This is how my liturgy has evolved over the years. 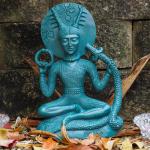 December 15, 2020
9 Observations on the Gods – Polytheism as I Practice It
Next Post 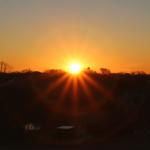 December 20, 2020 A Winter Solstice Reflection in 2020
Recent Comments
0 | Leave a Comment
Browse Our Archives
get the latest from
John Beckett
Sign up for our newsletter
POPULAR AT PATHEOS Pagan
1