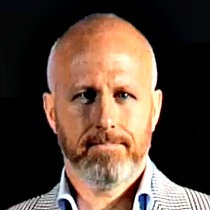 I am writing in regard to your apology yesterday for all the devastating things that your “ex-gay” organization, Exodus International, has done to LGBTQ people and their families over the past thirty-seven years. It’s so heartening when a person apologizes for how wrong they’ve been.

And congratulations on all the press coverage your apology is receiving! First you issued your I Am Sorry statement, right after that you announced, during your opening address at last night’s 38th Annual Exodus Freedom Conference, that Exodus was shutting down—and then, the very next day, you starred in a massively promoted tear-jerker of a TV show being broadcast on the Oprah Winfrey Network!

Why, it’s almost like you’ve been strategically planning your heartfelt apology for months! I’m sure you haven’t, of course: nobody is so low that they would turn a moment of piercing remorse brought on by the realization of how destructively wrong they’ve been into a manifestly self-serving, blatantly opportunistic, emotionally manipulative media event.

But the timing of it all sure worked out well for you, didn’t it? Yesterday you were the head of a once powerful organization that had become utterly discredited, maligned, and irrelevant, because it was founded upon the life-ruining lie that God is righteously angered by any gay person who does not pray away their gay. And now, with all lights turned toward you, you’re launching Reduced Fear, the brand-new organization run by you and all your friends at Exodus International!

How great for you is all that? Way to go!

I have just a couple of quick questions, though. And since I know that you want to be as open and transparent as possible about everything you and Exodus are doing, I thought I’d go ahead and ask them.

Amongst the many conciliatory-sounding things you wrote in your apology are buried these words:

I cannot apologize for my beliefs about marriage.

Now, my guess is that, with everything going on, you got so busy that you simply forgot to edit out of your apology those two statements. I figure that must be the case; otherwise, one is forced to conclude that you haven’t in the slightest changed your belief that gay people can and should pray away their gay. And if you still believe that the Bible proscribes, denounces, and condemns homosexuality, then  … well, then what exactly are you apologizing for? About what are you feeling remorseful that matters?

Then, as far as I can tell, the only thing that you can be actually saying is that you regret not what Exodus was, but only how Exodus went about being what it was.

And if that’s the case, then of course you’re not really apologizing at all. Then you’re no different from the guy saying, “I apologize for being the leader of a group of white-hooded KKK guys who burned a cross on your lawn. That was wrong. You niggers still need to go, of course. But we’re gonna stop with the hoods and the cross burnings. People just don’t get behind that the way they used to. So we’re gonna regroup, lose the name ‘KKK,’ and come up with a more acceptable way of promoting what we believe. Isn’t that great?!”

So … isn’t that message pretty wholly the opposite of reducing fear? I think it is.

Assuming that you had only made an editing mistake or two in your I Am Sorry, I next listened very carefully to your speech opening the Exodus conference, in which you announced the closing of Exodus International and the opening of Reduced Fear (the website for which, btw—and contrary to what you indicate in your talk—is not, as of this writing, up). To the members of your audience, most if not all of whom still believe that if they only become strong enough Christians they can stop being gay, you said:

[The shutting down of Exodus] doesn’t mean I believe anything differently than I did a decade ago, when my message was different from it is today. … I’m not saying that we abandon what we believe.

So may I ask: Would you please take another look at my questions above?

You concluded your speech with these words:

My board and leadership and I want to see reconciliation and restoration in the church. And we believe the time is now for the church to open its door, and allow the marginalized in … so that they, along with us, can experience mutual transformation.

During times of crises, like natural disasters, we don’t stop and ask people who need help whether they’re gay or straight, or anything else. We see someone in need, and we help them. And it’s time for the church to get back into the business of serving and loving people in need. …

In the midst of this message tonight, and in the midst of this scary reality of what in the world do we do about this community [of Exodus International members]: Christ died to give you peace. The King is on the throne. And you can trust Him. …

We [the members of Exodus International/Reduced Fear] are to serve as missionaries in this culture. … We must be a beacon of hope. …

While [the closing of Exodus] is a painful thing … something better is coming. There is more. This doesn’t negate our stories. It doesn’t negate what God is calling you to do. It’s just simply a new time. [Alan: it was awesome the way, right after you said that, you froze in place, and for a full eight and one-half seconds I (I timed it!) silently stared directly into the camera you’d been ignoring for the whole previous hour! Boy. Way to use your super-handsomeness to drive home the point that you and Exodus are like a phoenix on the rise!]

My prayer for us this week is that we have an amazing last Exodus conference …  that we celebrate the amazing things that have happened over the last thirty-eight conferences and thirty-seven years. …

We are the church. Amen? And we have good news to share. And it’s time that we share the good news of Jesus Christ.

So, as I say, I’m just a tad confused. Not once in your speech—which I’ll be the first to say was veritably jammed with talk about God and forgiveness and healing and welcoming and redemption and reconciliation and peace and love and joy and salvation—did I hear you express regret for you and Exodus having spent over three decades helping to destroy the lives of gay people and their families through your peddling and capitalizing upon the message that God’s greatest desire for every gay person is that they cease to be gay.

But (as opposed to them being “in need”) I never heard you say that it’s okay for people to be gay. You didn’t come close to saying anything like it. What you said—though one must resolutely gaze into the haze of the great many other things you said before this critical message of yours clearly emerges—is that your new house, Reducing Fear, will be built upon the same dark foundation upon which the ruins of Exodus now sit.

Throughout your talk, you were definitely feeling unabashedly enthused and proud about Reducing Fear becoming, as you put it any number of times, the “father” of the church. (“[Exodus] is the older brother [of the church]. And it’s time we became the father.”)

I assume you’re aware of this, but just in case: acute remorse usually engenders a sense of profound humility. A lot of people find heart-wrenching regret incompatible with pride and ambition. I must admit that I am one such person. When I feel the full weight of something egregiously immoral that I have done, the last thing I want to do is go wading amongst the very people whom I’ve damaged, and start telling them about all my new plans for championing their best interests. But maybe that’s just me.

You, Mr. Chambers, are a master communicator. So I am certain that in short order you will make clear that you do, in fact, feel truly remorseful, and that the closing of Exodus International, and the launching in its place of Reducing Fear, is something more than what just now I’m afraid it can only appear to be, which is an appallingly arrogant, cruelly exploitative, and shamelessly self-serving expression of a cynicism so absolute it borders on the sublime.

Not altogether unrelated: As Alan “Pray Away the Gay” Chambers ties his tongue in a knot and  What today’s evangelicals are telling gay people.

June 25, 2013 Dear John: Will she be scared straight?
Recent Comments
393 Comments | Leave a Comment
"Hello dear Brother in Christ. You are experiencing Child Abuse and if it were possible, ..."
Marion Duncan Pastor calls his Christian teenage son ..."
"I am interested in why we believe that we can measure that which is by ..."
Gary Kennedy Why atheists win arguments with Christians ..."
"Tell him there is a bigger world out there and many churches now accept LGBTQ+ ..."
John Sweet Pastor calls his Christian teenage son ..."
"Je ne suis pas vraiment un lecteur Internet pour être honnête mais vos blogs vraiment ..."
에볼루션카지노 Thanksgiving 2012 Share a Prayer
Browse Our Archives
Related posts from John Shore