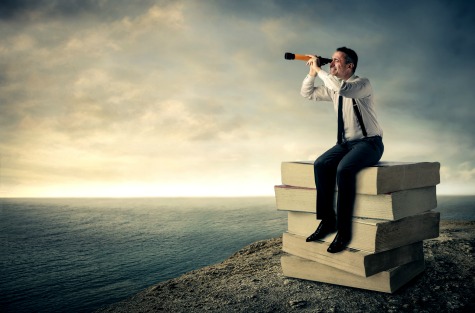 One year ago I met with the pastor of a large conservative church. It was a secret meeting: when I found the guy tucked into the corner of a coffee shop, he was practically wearing dark sunglasses and a wig.

“My congregation would eat me alive if they knew I was so much as talking to you,” he said. “Much less actually meeting with you.”

“I read you all the time,” he said. “I love your work. But my church is very conservative.

“Oh, well, thanks,” I said, taking a seat across from him. “Bummer about your church.”

“For me right now it does, actually.” The pastor explained that lately—due in no small part, he said, to my blog—he had come to doubt his lifelong convictions about homosexuality. He didn’t have anyone in his life he could talk to about that. “So I wanted to meet with you,” he said.

“My big concern,” he went on, “the hurdle that I just can’t seem to get over, is that I need to know that it’s biblical to believe that being gay isn’t a sin. I can’t abandon the Bible. And I just don’t find convincing enough the intellectual argument for the Bible supporting gay relationships. Can you help me with that?”

“I believe I can,” I said. So we talked for the next hour or so. And then we went our separate ways.

Last week this pastor contacted me again. I hadn’t heard from him since our first meeting. He wanted to get together again.

When we met for the second time, he said, “When we talked last year you were really hard on me. You very directly challenged me to look deeply into the issue of gays and the church. And that’s exactly what I did. Between now and then I have read everything I could about Christianity and homosexuality. I found your book UNFAIR [here] invaluable.

“I can tell you that I have completely changed my mind on this issue. I’ve done a complete one-eighty. I am now fully convinced that there’s nothing whatsoever sinful about being gay.”

The bad news, though, is that my pastor friend is now stuck leading a huge church from which he would be fired the moment he so much as intimated that he was thinking about changing his position on the gay issue.

“I’d be gone before I finished that sermon,” he said. “The elders would boot me out the door while I was still flipping through my Bible. Which means I now can’t preach the way I really want to. I can’t say the things I really want to say.”

I hear from pastors like this one all the time. It’s insane. So many pastors out there are leading congregations way more conservative than they are. And on the gay issue in particular they do not dare to ruffle their congregants’ feathers, since they fear doing so would mean finding themselves suddenly unemployed.

“I’ve got a wife and kids,” said the pastor uneasily. “I’ve got a mortgage. And yet I’ve also got pressing on my heart this thing I feel God calling me to preach about. Honestly, John, I just don’t know what to do.”

I suggested to him what I’d suggest to any pastor in his position: that maybe he could consider trusting just a bit more in the people whom God has seen fit for him to lead.

“You don’t have to stand in the pulpit and boom out, ‘We’ve all been wrong! It’s no sin to be gay!'” I said. “Because then you’d be fired, and what good would you be to the cause you now share? But what you can do is just broach the subject a little. Pretty much every Christian these days is, after all, talking and thinking about the gay issue. Why not simply acknowledge that?

“Just say that you feel that it’s your responsibility as the pastor of your church to lead the church in a conversation about the issue—or to do a series of classes on it, or a symposium, or something like that. You don’t have to commit to an opinion on the matter. You just have to commit to facilitating a careful and thoughtful exploration of the subject itself—the same as you would any other issue being faced by the church.

“I guarantee you that, just like you went through your process of change on this question, individuals out in the pews of your church are doing the same in their own hearts and minds. They have to be. Too many people are talking about this issue; too many books and articles are being written about it; too many people have learned that a person they love is gay. Things are changing. Everyone knows it. Everyone, one way or another, is part of it.

“All you have to do is ask your congregation if they’d like to have a conversation about homosexuality and the Bible. If none of them do—if they refuse to even talk about it—then shrug, say ‘Oh. Well, never mind,’ and then quietly start searching for another church to work at, because yours is too crazy to … well, raise your children in, for one. You’ll be wanting to show yourself the exit of that place.

“But I’ll bet that doesn’t happen. I’ll bet that people will want to engage in that conversation. As long as you’re not pushing them one way or another, they’ll feel safe.

“Why not? If the pastors don’t lead in this matter, who will?”

Related: Secretly gay-affirming pastors: You are not alone 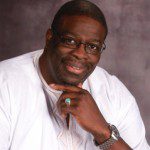 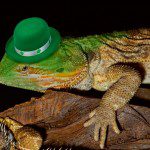 March 17, 2014 "I have had it with these !!#!@&*!! snakes in this !!#!@&*!! glen!"
Recent Comments
550 Comments | Leave a Comment
Browse Our Archives
get the latest from
John Shore
Sign up for our newsletter
POPULAR AT PATHEOS Progressive Christian
1