Come out of the closet, Secretly Progressive Pastors!

For we Christians who know that being gay is no sin, and that an actual living female is more valuable than a zygote, these are very dark days indeed.

Do you know who I blame for what happened in the Hobby Lobby case—and for the abominations already happening in its aftermath (see Post-Hobby Lobby, Religious Orgs Want Exemption From LGBT Hiring Order and Supreme Court Broadens Hobby Lobby Ruling to All Forms of Birth Control)? Not the right-wing, spotlight-chasing, money-crazed, power-mad Christians who employ the Bible as a weapon against LGBT people, women, and all people who lack the money and power they’re after.

Nah. Such Christians, like cockroaches and bad breath, have always been with us. Those poor souls aren’t really the problem. An enemy you can see coming rarely is.

The real detriments to the progress of true Christianity are all of the Christian pastors and “leaders” out there who, in their heart of hearts, are progressive, but who never ever say anything controversial until they are absolutely certain that doing so is safe for them.

Like anyone else, he wants to be a player. At the very least he wants to keep what he has. So the SPP does the safe thing: he plays the soft middle ground between saying anything real, and only, if artfully (for that art is his stock in trade) pretending to.

Sure, the SPP will slide to the left—and then claim to have been waiting there all along. But he’ll only move left after the money and power are already there–and never any further left than either has already gone.

What I wish the SPPs would trust is that if they would only come out of the closet, they would have all of the money and power they want. They’d be fine. I myself hear from enough SPP’s to be confident that if half the pastors in this country publicly took the positions they privately hold, Roberts, Alito, Scalia and Thomas wouldn’t have had the nerve to pervert justice in a way they and all judges like them now feel increasingly empowered to.

Now is the time for you to lead.

We need you, friend.

That said: Secretly Gay-Affirming Christians: You Are Not Alone.

I’m the author of: 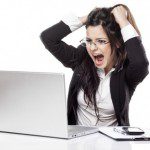 July 7, 2014 Dear gayophobic Christian parents of America
Recent Comments
156 Comments | Leave a Comment
"you quote from an apocryphal story which is not part of God's Word inserted into ..."
Gum Boocho Waiting for Bob Jones’s huge gay ..."
"The story you refer to, at the start of John 8, is not a part ..."
Gum Boocho Waiting for Bob Jones’s huge gay ..."
"There is a huge point to the prodigal son story that Jesus told that is ..."
Jesse Baker Dude: Being a Christian doesn’t mean ..."
"You know less 👏🏻"
Shemara Lakin When biblical “laws” no longer apply
Browse Our Archives
get the latest updates from
John Shore
and the Patheos
Progressive Christian
Channel
POPULAR AT PATHEOS Progressive Christian
1