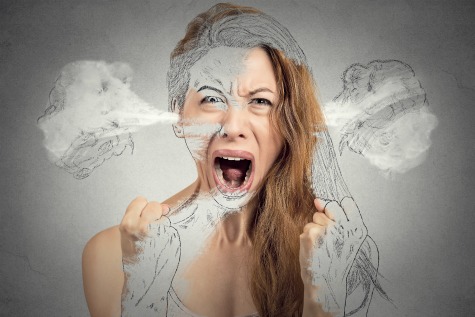 Christmas time is coming and I guess I needed to reach out to someone. This has been running through my brain for a long time, waiting for a chance to be written.

I like to think I am fairly low key. I try to get along with most everyone with perhaps the exception of people who block me in traffic. I go to church with my wife and kids and try to live my life in a way that will please God. We live in a liberal to moderate city in a darkly conservative state. As children, my sister and I grew up in an average working class family, we went to church until my sister and I got to our teens and then it tapered off to Christmas and Easter. My parents nonetheless set a good example for us, i.e. no drinking, smoking or cussing.

I lost, for want of a better term, my sister to Conservative Christianity, in the mid 80’s, when she got saved. She was still around, but she limited contact with me and our parents in order to, she said, limit her exposure to worldly ways. These worldly ways were ever-changing and seemingly applied only to us and not to her. I used to try to reach out to her, but gave up worrying about the state of her relationship with God, and now tend to treat her like I would were she a drug addict or alcoholic that I couldn’t reach.

I don’t want to walk away from her because after our parents are gone, she will be my only relative. I am the older brother and feel like I somehow need to be there for her. That being said, we cannot talk about politics or religion or for that matter anything else with her because everything leads back to her politics/religion. Any conversation with her or her husband on any subject eventually turns into them quoting passages designed to hammer dissent. She seems to live to correct other’s ideas, her responses always start, “Actually, if you read…”

At Christmas we normally gather at our parent’s house. It is the only time we see my sister’s family, they live a couple hours away. When she does come to visit, she calls it witnessing to us. We all walk a mine field trying not step on any of her triggers. To be fair she has always been the sort to believe that whatever she thinks is the only way. When she got saved, she just applied this attitude to her Christianity. She found a husband with the same mindset and off they went.

They jumped into the fundamentalist cause early and embraced it totally. She bought Rush Limbaugh’s and John Piper’s and so many other’s books and would, and still does, quote them to us as her own thoughts. Abortion is murder and the only abomination that God still cares about is homosexuality. Judge not lest ye be judged? Liberal secularism. “Actually, if you read it, the Bible does indeed tell us to judge, to chastise, these terms are one and the same.” She has memorized all the edged verses.

I think her ideology might be summed up in this neat bit of circular logic, “Doubts are born of Satan, so any doubts I might have are because of Satan.” This dovetails neatly with her theory that if you are saved and backslide or doubt, then you weren’t really saved in the first place and are going to Hell.

They have raised their daughters the same way, homeschooling them and not allowing them access to the evils of the liberal world. No vaccinations of course. They expect them to find husbands and settle down. They will tolerate no dissent, to the point that they kicked their oldest out at 17 because she rebelled. She was allowed back only after she had repented. My nieces are not allowed to visit us or their grandparents unescorted even though they are now young adults, because they could be exposed to bad things. (MTV, National Enquirer, People Magazine . . . .)

She has mentioned casually her doubts that our parents are going to go to heaven because she doesn’t approve of their Baptist church. My BIL became a pastor recently and has started his own church. Before this they were church hoppers going from one to another, always becoming dissatisfied for some reason.

I have been unable to break through her shell and talk to my sister, and indeed I am not sure there is anything left in there.

I guess my point was to get your opinion, but it has turned into a stream of semi-consciousness rant. Please disregard if you like.

Thank you and my best to you and yours in this holiday season.

November 29, 2014
A Pilgrim's diary entry at the end of the first Thanksgiving Day
Next Post 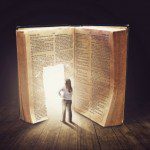 December 10, 2014 "It was terrifying for a young girl just beginning to realize that she was a lesbian."
Recent Comments
164 Comments | Leave a Comment
"Y'all are nuts and I'm a Christian! Call evil out and yall are evil. Monte ..."
Lesa Jackson How I Blog (and Why I’m ..."
"abusers are master manipulators."
Brandon Roberts That lovable man who abuses you
"Triggered? No. Confused?... Yes. At the amount of assumptions you seem to be making stemming ..."
Isaac A Christianity to make Satan proud
"Can I elaborate? Absolutely. I could write books and books on the subject. However, I ..."
Liora Hess A Christianity to make Satan proud
Browse Our Archives
get the latest from
John Shore
Sign up for our newsletter
POPULAR AT PATHEOS Progressive Christian
1