The Many Sides of Hekate: Using Epithets To Take Your Practice Deeper

Hekate is a complex goddess with many abilities, attributes and powers. Epithets are words used to describe these things. Think of them as archetypes that evoke these aspects from the universal flow. Epithetical practice is a key for deepening our spiritual practice and ramping up our magick. However, it can be off-putting if you’re new to using them. They are potent evokers, connected to deep forces, and excellent for expanding my understanding. Epithets can be used to craft spells and expand consciousness.

Words are power to the witch. They evoke certain energies and spirits, carrying with them a trail of magic. Summoning characteristics that are associated with archetypal aspects of animals and other creatures are common practices in a variety of cultures and traditions. Sometimes, this is accomplished through taking on the physical appearance of the creature, like in the image. However, the words themselves – like “fierce” or “strong” – can also summon such powers.

Epithets are words used to describe aspects of a person, spirit of deity that can be used for personal, spiritual and magical practice. These descriptive terms are thought forms, containing great power through their connection to the energy associated with them. In Modern Hekatean Witchcraft, epithets are used to evoke and invoke specific aspects of Hekate, spirits and forces. For personal practice, epithets can be used to enhance existing abilities and characteristics through intentionally summoning the energy of the characteristics.  Epithetical spiritual practices include chanting certain ones to connect to their energetic signatures and using them in ritual. In magical practice, these words are woven into spells and other witchery to cast their power into our intentions. Epithets are concise descriptors of attributes and powers associated with Hekate, such as when I determined that, in 21st century vocabulary, she is a Goddess of Relationships.

Historical writings about Hekate often used animal epithets to describe her attributes. For example, she is often described as bullish, from being Bull-Faced (Tauropos) to the Bull-Dragon (Taurodrakaina) in the Greek Magical Papyri. You can read more about her animal epithets here. When ancient writers and practitioners used these terms, they were both describing characteristics and evoking their power.

The use of epithets extended far beyond animals, including numerical associations, personality characteristics, and honorifics. You can find a lengthy list of Hekatean epithets here.

In fact, there are well over 200 known Hekatean epithets derived from ancient sources, from Angelos (Messenger) to Mormo (She-Monster). There are the more widely known ones, including Torchbearer and others associated with the Underworld.

While the power of these historical terms is undeniable, creating new appellations that hold meaning in the here and now empowers us as practitioners of Hekatean Witchcraft. I’ve written about Hekate as Goddess of the Marginalized, for example. Epithetical practice should be a living, current approach and not entirely based in the distant past.

Learn more about Hekate’s epithets in Keeping Her Keys: An Introduction to Hekate’s Modern Witchcraft.

JUNE 2020: Please subscribe to my blog on keepingherkeys.com/read to receive updates about new articles which are completely free. I am not publishing new articles on Patheos. You can join my modern online coven network for the first month free. Try it out here.

About Cyndi Brannen
Cyndi Brannen, PhD, is a teacher and writer focusing on personal development, spirituality and true magic. She is an energetic healer, psychic, herbalist, spiritual coach and mentor. Founder of the Keeping Her Keys Mystery School, she teaches and writes about the true magic of healing and personal power. The bestselling Keeping Her Keys: An Introduction to Hekate’s Modern Witchcraft explores Hekate from her ancient origins to our modern understanding through magic and personal development. True Magic: Unleashing Your Inner Witch, based on the sacred seven principles, will be available this October. You can read more about the author here.
Previous Post 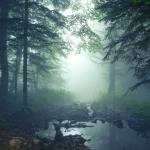 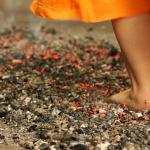 August 16, 2019 Being A Firewalking Witch
Recent Comments
6 Comments | Leave a Comment
"Cyndi, that was amazing! I really needed to hear all of that! I'm only just ..."
Chris Ayers Leaning Into Hekate’s Crossroads During COVID-19
"I just found this post 2 years later and I’m going through my spiritual awakening/rebirth. ..."
Spookybookie The Witch Reborn in Autumn: Spiritual ..."
"There seems to be no ritual attached via the link. I'd love to see it ..."
PPingrey Meeting the Wise Woman of Winter: ..."
"Imagine in 100 or 200 years what tripe from our popular culture will have stood ..."
JenniWest Welcoming The Witches’ New Year With ..."
Browse Our Archives
Related posts from Keeping Her Keys