We Love Close Calls… Until They Happen to Us

We Love Close Calls… Until They Happen to Us June 18, 2015 Kirk Franklin

One thing you can definitely say about this NBA championship is that it has been a nail biter every step of the way. The overtimes, the last minute shots, the injuries, the titans of the game showing up to carry the weight on their shoulders, all of this has made this championship one that will go down in the books! If it was a sleeper, where one team dominated the whole series, we would’ve turned it off around the second game. Because what we crave is “close calls.” The drama of not knowing what’s gonna happen next drives our attention and energy. The adrenaline created while watching the game causes our hearts to beat faster and faster as we watch the clock and the court at the same time, wondering who will walk off the court as winners.  The excitement even continues the next day around water coolers and lunch breaks about what happened the night before. But the stories of “the unexpected” are what make the games so dramatic.

The only time it doesn’t is when it’s happening to us.

It’s cool for the court, but not cool for our personal lives. We don’t enjoy sitting on the edge of our seats waiting to see if God will show up with a healing or a financial break through at the last few seconds left in the quarter. It drives us crazy when the uncertainties of life can’t be planned or seen in the future so we can prepare. The close calls during other peoples’ games are enjoyable… but not the close calls in our own.

Paul talked about it in 2nd Corinthians. He said that when he was shipwrecked and even despaired life, he thought what he was facing was the end. He said he could smell death knocking at his door. The close call caused him to prepare for the worst. But he flips the script in a way that can help us in our over time-nail biting moments.

1.  He said the close calls he faced happened so he would not trust in himself, but in God who raises the dead.  Basically close calls force you to look up. They force you to run to God instead of jog.

2. Also, they force you to participate in your own recovery. They make you active and not passive. There are things you learn to do for yourself that you would have never learned if the pressure wasn’t turned up. The couch potato in you is killed.

And here’s the one we don’t realize at the moment:

See, everybody may not be able to watch the game while it’s happening, but there are sports channels dedicated to giving you the best of the best moments from the game everyone has been talking about. That’s what the word does for us as well. We were not there to see Paul’s face during these difficult moments where he despaired even life, but because of what he went through and what was recorded in the sacred manuscripts, we now have the highlight films we can go to, so we can point to the ups and downs of other players in the game of grace, so that we’re not alone in ours. If God did it then, He most certainly can do it now. They give us hope.

And guess what family, your journey is footage for someone else as well.

When God brings you through this one, like He did the last one [remember?!] you’ll be able to stand around the water cooler and tell your nail biter. About how just as the clock was winding down, and it looked like your game was over, just when the papers to the twenty years of marriage seemed to be lost in overtime, God blocked the shot! Don’t be discouraged my friend, your close call will be tomorrow’s testimony. 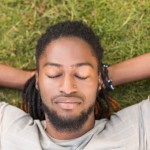 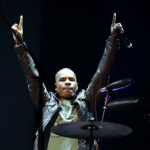 June 29, 2015 Force Yourself to "Think Grateful"
Recent Comments
0 | Leave a Comment
"Glad he is so careful to condemn lusting of the heart. I wish he would ..."
Smarter Dias The Great Divorce
"A big fan of your songs! felt so good reading this article, she is very ..."
Joyful Times Today Guest Post by Tammy Franklin: Marriage ..."
"steven furtick only preaches about himself. total ego me me me . He has never ..."
Mike Rights Why I’m Not in Love with ..."
"I just read this and I blogged something similar the other day: http://blogs4christ.weebly...."
Joe Peters Trust What He Allows
Browse Our Archives
get the latest from
Family
Sign up for our newsletter
POPULAR AT PATHEOS Family
1

7 Bad Habits That Can Ruin...
The Not So Excellent Wife
Related posts from Kirk Franklin

Four Phrases Your Wife Would Love To Hear...
Husbands, when your wife is facing tough times or is weary, and...
view all Family blogs
What Are Your Thoughts?leave a comment
Copyright 2008-2021, Patheos. All rights reserved.